With a new gallery just open, the industrial Tinning Street is becoming an unlikely art hub in Melbourne’s north. He was a pot bellied spaniard with a ponschunce for embroidery, Dale Frank 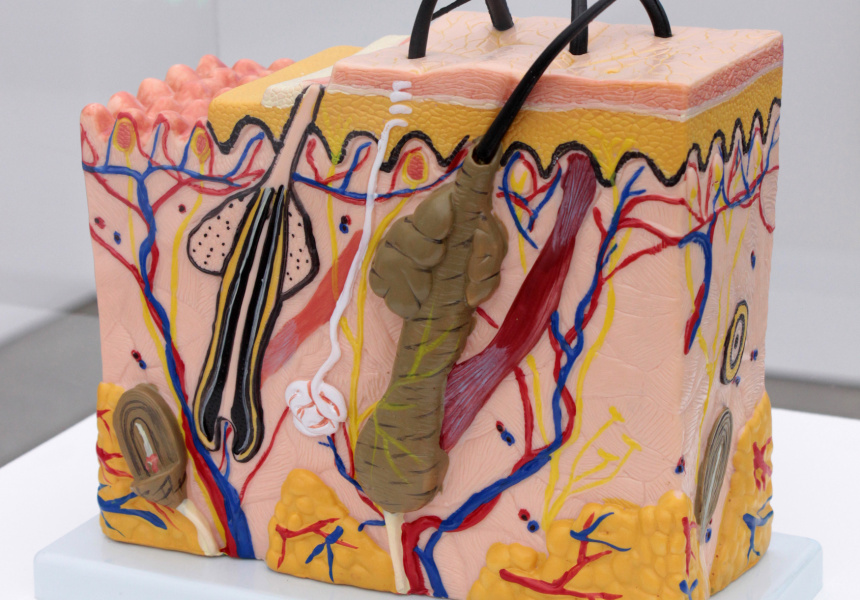 Gallery Neon Parc has been on Bourke Street for about a decade. Director Geoff Newton explains that the reason for expanding to a second space in Brunswick is size. "We're able to do things on a bigger scale,” says Newton. “We couldn't plonk something like this in the city. A space like this doesn't exist."

The scale of this space – a simple, deep, bright, white rectangle – is the only way to do the new work of Dale Frank justice. Here, in a large, white-walled space in an industrial street in Brunswick, his work has room to glow.

Frank has an international reputation for his paintings, but in recent years he’s moved away from paint altogether. Now his work is mostly built on reflective Perspex surfaces. They are unstable, distorting mirrors, some tinted in purples, reds and blues, many augmented with layers of varnish, a shattered Lexus windshield, or in one case, messy threads of pink bubblegum. Alongside these giant, 2m x 2m works are a small handful of simple sculptures, including a chocolate fountain brimming with real white Belgian chocolate, and a no-brand bottle of passionfruit soft drink, which the show notes tell us has been augmented with Voltaren and ketamine.

"So obviously it's got a bit of a sinister edge to it,” says Newton, “depending on where your ethics lie."

If you couldn’t tell, there’s an irreverence at work here. It extends to the titles of the works. Names such as His common law ex wife moved to Port Fairy and went on the game and Bryan died aged 34 overflow with ironic meaning, given the simplicity of the pieces. The piece smeared with bubblegum is, of course, named after Hitler’s Eagle’s Nest base of operations.

If you think they might look good in your lounge room, you can take one away for $70,000-plus. Or you can just browse.

Neon Parc Brunswick has been open three weeks, but Newton has opted for a slow build rather than a bombastic launch.

"Places like this are going to be pushed further and further out,” he says. “But if the shows are great, people will come further out to see them.”