We give you a curated slice of the week ahead in music: In store, On stage and Upcoming. 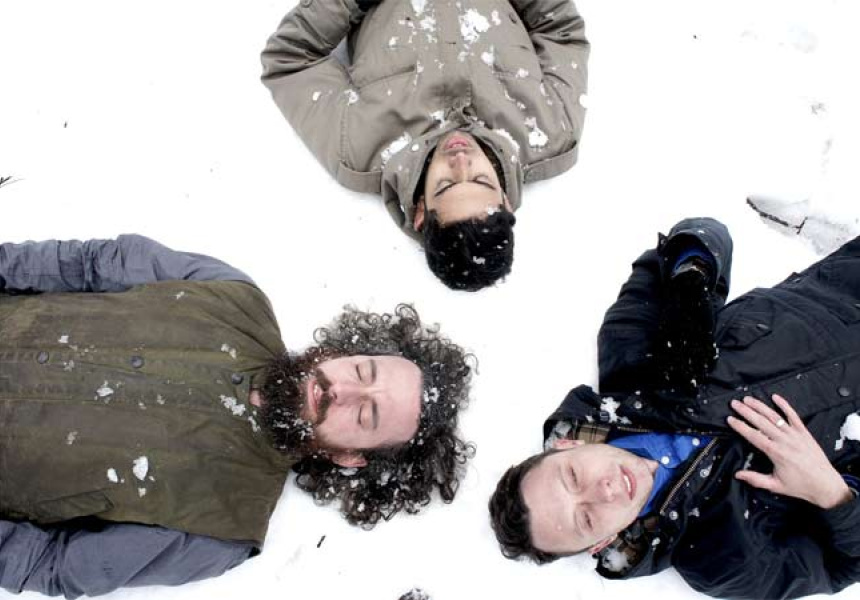 IN STORE: My Disco, Little Joy

My Disco’s output has long been framed in terms of reductionism. Since rising out of Melbourne’s post-hardcore underground in 2003, the trio’s jarring, lateral explorations of rock’s unadorned outer perimeters – resulting in the visceral, razor-sharp phraseology of debut record Cancer (2006) and the sustained noise attacks of Steve Albini-produced follow-up Paradise (2008) – have seen them touted as minimalist saviours.

To those ends, third record Little Joy throws something of a wrench in the system. From its propulsive opening sketch, Closer, this album not only retraces the slicing intersections of guitar, bass and drums that came to characterise Cancer and Paradise, but sophisticates Rohan Rebeiro, Liam and Ben Andrews’ once skeletal sonic palette. Indeed, where Little Joy’s compositions and song structures may be as loose and sparse as ever, it’s the record’s melodic and tonal qualities – especially Liam Andrews’ newly restrained vocal work – that afford it a new sense of richness and dynamics.

Cuts like Young shudder to life with a flurry of peaking guitars, only to melt into warm vocal drifts; Sun Bear’s squeal of discordant guitar noise and hammering drums is mellowed by a softened vocal pulse; the thumping kicks and screeching guitar lashes of With Age expand into echoing, haunting drones.

It’s a stunning shift, much of which would have to come down to the ears of Sydney studio veteran Scott Horscroft, who was enlisted to mix Steve Albini’s raw recordings. Where previous records found their bearings via austere squalls of noise on tape, Little Joy's flashes of earth-shattering dissonance are tempered by equal measures of subtlety, layer and atmosphere.

Little Joy is out via Shock.

ON STAGE: Gravetemple and Marco Fusinato at The Toff in Town

The latest chapter in The Toff’s Maximum Arousal new music series will certainly be one of its most bone-shaking. In a show that will plumb some of the international noise and experimental community’s deepest frequencies, legendary Sunn 0))) guitarist Stephen O’Malley, drummer Matt ‘Skitz’ Sanders and internationally lauded Australian noise guitarist and Maximum Arousal curator Oren Ambarchi team up for their rarely sighted collaboration Gravetemple.

The trio formed in its original incarnation – featuring O’Malley, Ambarchi and Hungarian black metal vocalis Attila Csihar – to play a series of shows in Israel during the 2006 war with Lebanon, summoning crowds with their brutal, nonetheless beautiful traversals of decelerated, low-end noise and droning ambience. They went on to release limited edition record The Holy Down on the Southern Lord imprint in 2007, before adding Sanders to the line-up in 2008.

Fresh from his recent exhibition at Anna Schwartz Gallery, Melbourne visual and sound artist Marco Fusinato will offer quite the foil to Gravetemple's slow moving tectonics. His propulsive guitar and electronic sound assaults – or as he likes to put it, “use and abuse of the guitar” – have made him one of the experimental scene’s fiercest drawcards.

Gravetemple, supported by Marco Fusinato, play at The Toff in Town on Tuesday, October 26, 8pm, $20.

The inaugural acts to grace Curtin House Rooftop Bar’s extremely limited Happy Mondays festival have been announced with Spain’s high-energy pop-tropicalia kid El Guincho, US chillwave producer Washed Out, Dan Kelly’s Dream Band, Nashville girl-group Those Darlins and US troubadour Charlie Parr all gracing the stage on Mondays throughout December. Tickets go on sale October 29 for what will prove one of the most talked about concert series this summer. January acts to be announced soon.