An award-winning British architect is to bring Melbourne’s second MPavilion in to being. 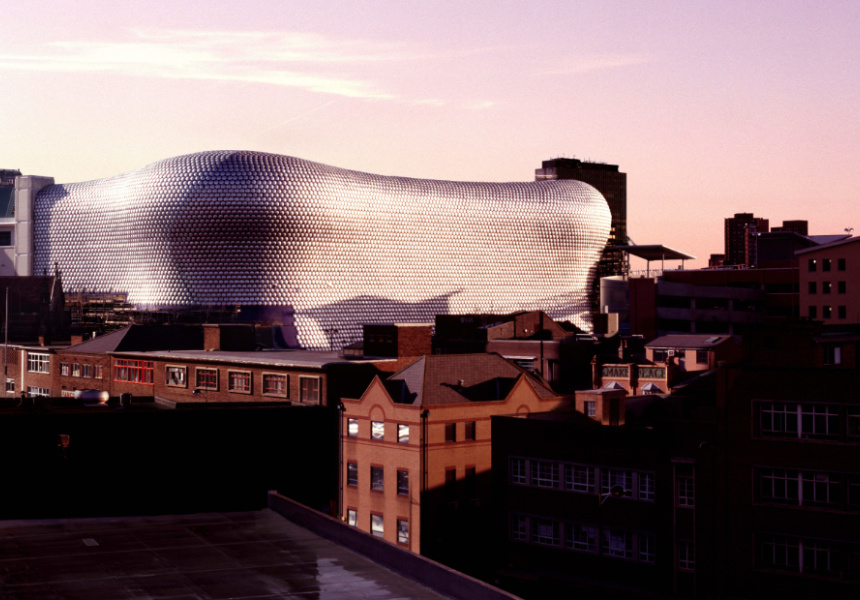 It might be a small, transient structure in the middle of Queen Victoria Gardens, but with MPavilion’s second coming, the organisation behind it has risked creating an outsized controversy.

The coveted commission to design the structure has been given to AL_A Architecture’s Amanda Levete, in the process overlooking local designers.

Speaking at the official media launch, MPavilion founder and well-known philanthropist Naomi Milgrom said that “Melbourne is a city of ideas, a city of interesting, creative and dynamic people willing to take risks and experiment.” Which begs the question: why has she looked to Britain instead of to creative, dynamic and risk-taking local experimenters?

Martin Foley, Victorian Minister for the Creative Industries, doesn’t believe there needs to be a special place for local patronage.

“I think we’ve got over that,” he says. “The truth is that we’ve had a Melburnian architect kick off the first MPavilion. The whole idea of the pavilion and our design strategy is that we are a global, confident player in so many areas of design, and we shouldn’t be anything other than proud that the world’s best architects want to be part of this.”

The idea of commissioning non-locals for city-defining projects isn’t anything new. After all, the City of Melbourne’s celebrated graphic identity was designed by Sydney-based Landor – itself an imprint of a trans-national company.

It’s a tricky balance: How do you curate excellence, and provide opportunity at the same time? In partnership with local and state government, Milgrom’s eponymous foundation birthed MPavilion, seeking to start a broader conversation about Melbourne’s architecture and design. In a sense, Milgrom might be prisoner of her own vision – as soon as you take one step, others want you to go a mile.

Levete’s appointment may ruffle local feathers, but there’s no denying she is quite a coup for the MPavilion team. Not only will she focus global eyes toward Melbourne, but she’s an RIBA Stirling Prize-winning architect. While this isn’t the same as London’s Serpentine nabbing Zaha Hadid for their pavilion in 2000, the decision certainly ties Melbourne in to more global conversations about architecture and design.

The first pavilion, designed by Sean Godsell in 2014, saw 64,000 visitors access an entirely free four months of programming spanning talks, workshops, screenings and performances. Over 200 collaborators across music, writing, architecture, fashion and design all converged on the space to bring our self-professed cultural capital yet another exchange for ideas.

This pavilion will mean so much more than bricks and mortar – or in this case, more than a myriad of composite materials – considering its desire to house a distinct interpretation of Melburnian culture.

“My ambition for the pavilion project is to drive Melbourne’s reputation as Australia’s leading city for design and architecture while delivering something unique for Melbourne and Victoria,” Milgrom says. “At its heart, MPavilion is a utopian, experimental space in a magical garden.”

MPavilion the second will be open to the public from October 5 2015 to February 7 2016. Details for the full program will be released in August and September.