Score a professional pooch portrait of your best mate at the launch. 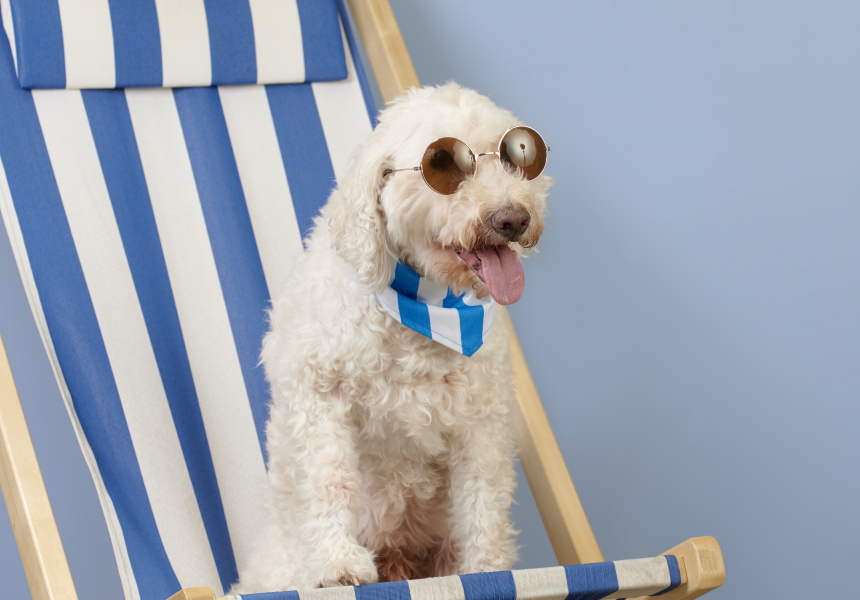 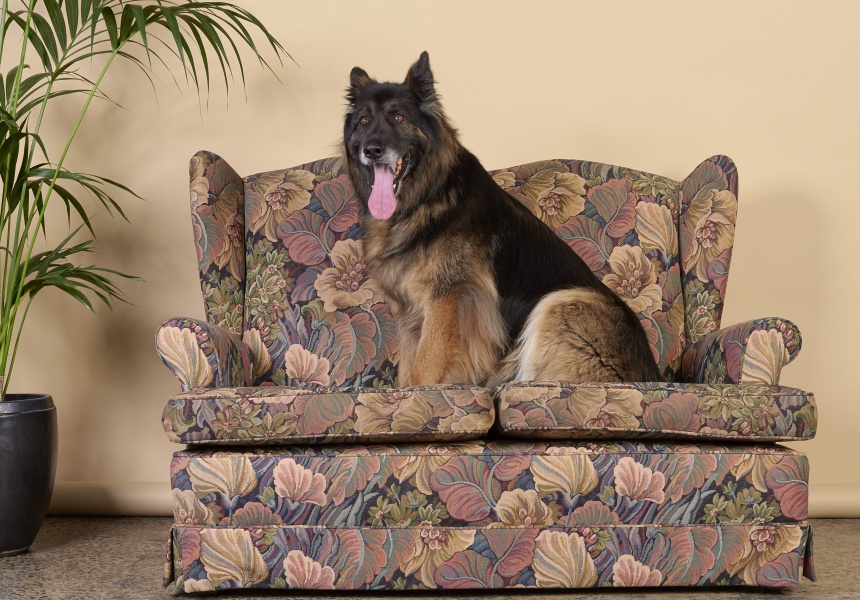 Moon Dog Brewing has just opened its new brewery/lagoon/madhouse in Preston and, to cap off a big year and give you something to cross off in the next, it’s releasing a special canine 2020 calendar.

The Dogs of Moon Dog 2020 calendar features 16 of the brewery’s favourite furry mates including Edie, Vinnie, Jacket and Tiger – pups that have previously appeared on Moon Dog’s limited-edition IPA cans (the next batch of which drops in March 2020 – mark it in your calendar). Edie is the companion of Moon Dog Brewing co-founder Josh Uljans.

“She’s a big beautiful boofhead,” Uljans says of Edie, a one-year-old rescue dog from a farm in Albury. Given Edie’s an Irish wolfhound and bull Arab cross with a bit of mastiff, she’s rather large. “She’s up to about 50 kilos now; I reckon her head would be about 20 kilos of that.”

“I had to buy a new set of thongs this morning because she stole one and I can’t find it in the house. She likes to steal shoes,” says Uljans. “Basically, we need to put everything out of her reach when she’s not in at work with me, because she’ll just gnaw on everything. I reckon she’s dusted seven pairs of shoes. She’ll tear up the kids’ soft toys, family heirlooms, you name it . . . [but] she’s very good at cuddling my kids and dealing with her tail being pulled.”

The dogs – all of which belong to Moon Dog staff members – were photographed by Melbourne and Sydney’s Dog Photog Studios. For the shoot, they posed against wallpaper matching the Moon Dog World deck chairs, dressed up in scarves.

To celebrate the calendar launch and all-day party on Sunday December 1, there will be a free pop-up Dog Photog photo booth at Moon Dog World in Preston from 2pm to 4pm. Every Sunday from December 1, Moon Dog world will also be offering spritz carafes, including classic Aperol and the “pompadour spritz”, with lillet blanc, Marionette dry cassis liqueur and lavender. Grab one for $30.

The Moon Dog 2020 calendar will be available for $20 at Moon Dog World Preston and Moon Dog Brewery Bar Abbotsford from December 1.