A Monochrome Behemoth Will Roll Through Melbourne in October

A number of new Art Trams will travel through the city as part of the Melbourne International Arts Festival. Artist Hayley Millar-Baker’s might be the most striking. 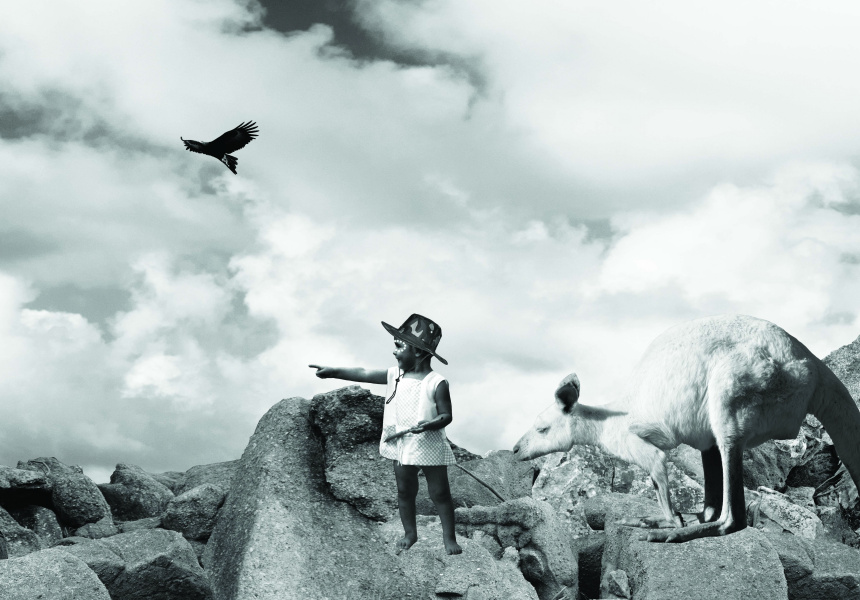 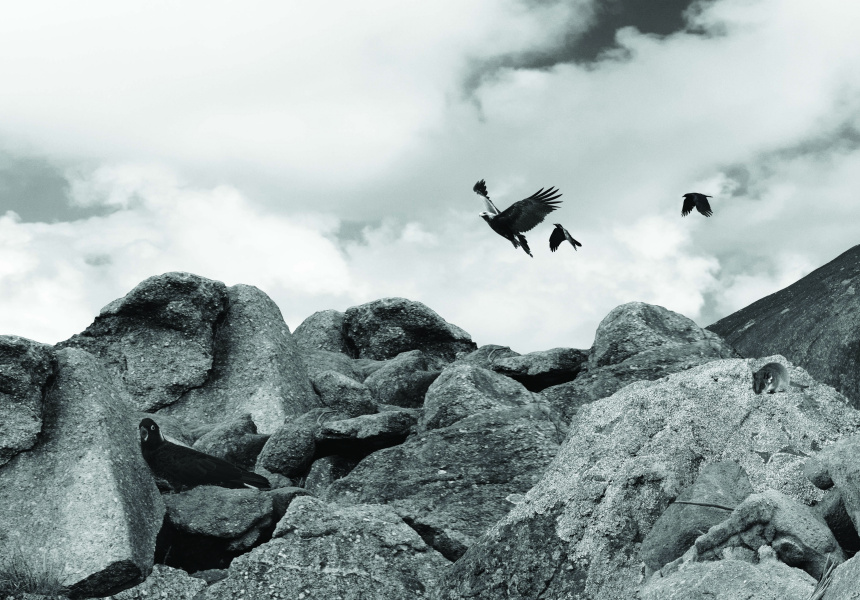 In October, the new Melbourne Art Trams will begin rumbling around the city as part of the Melbourne International Arts Festival. Seven are in line with the typically bright and colourful designs seen in previous years, and one even uses augmented-reality technology.

But perhaps the most striking is a monochrome photo assemblage from Gunditjmara artist Hayley Millar-Baker. Made up of about 28 individual photographs Millar-Baker took of landscapes and native animals, and archival images from her mother’s childhood, the work is designed to remind viewers that country was – and always will be – below the asphalt, buildings and tram tracks covering it. Even the way the weight of Melbourne’s trams is represented by a foreign emblem such as a skateboarding rhino, rather than native prehistoric mega-fauna, is subtly symptomatic of the way pre-European Australia can be ignored.

“I’m bringing country back into the city,” Millar-Baker tells Broadsheet. “For anyone that’s Wurundjeri and Boon Wurrung, their whole country is under concrete. I just wanted to tell the story that we are connected to our country and to our land first and foremost, and that connection will never be broken.”

Millar-Baker evokes that connection by using certain images and symbols throughout her work, such as animals that function as totems representing different Indigenous countries. The ancestral beings Waa the crow and Bunjil the eagle – which are responsible for giving mankind fire and creating the mountains, rivers, flora and fauna respectively – fly in the sky above images of Millar-Baker’s mother as a three-year-old.

“A big part of my work is about intergenerational experiences and histories so I talk a lot about my great-grandmother’s experience pre-colonisation, when they were put on a mission,” says Millar-Baker. “I think that everything they experienced comes through blood – like a blood memory. All those memories have come through but they’re slightly altered and the experience is different per generation.”

Even the images of rocks come with deep significance. Millar-Baker’s Gunditjmara country was formed out of the eruption of Budj Bim (also known as Mount Eccles), and she grew up in the You Yangs, the series of granite ridges that rise above the Werribee plains.

“The whole land is formed by rocks. That’s how we built our houses and huts and our eel traps, which are now heritage listed.”

To construct her work, Millar-Baker begins by taking multiple photos from different angles of the subjects that make up her assemblages, which she then stitches together digitally. She then de-saturates the images and colour matches the blacks to create a bridge between time periods and environments.

“The importance of my work is to remind people … we were always here. It’s a nice reminder for the community to see country go past, and totems go past – it’ll also be a good talking point for people who don’t know that history … To appreciate how far we’ve come and how much we’ve had to adjust.”

The first Melbourne Art Tram will be in service from October 4. All eight trams will remain on Melbourne streets until early 2019. You can nominate your favourite tram for the People’s Choice Award at festival.melbourne/arttrams.

You can also see Hayley Millar-Baker’s work in Dark Country at Vivien Anderson Gallery until September 1, 2018.