Monet’s Garden Blooms at the NGV

Once eliciting ‘shock horreur’ from the conservative art world, the beauty and luminescence of Monet’s paintings are as awe-inspiring today as they were a century ago. Wander into the Monet’s Garden, a true art blockbuster, now showing at the NGV. 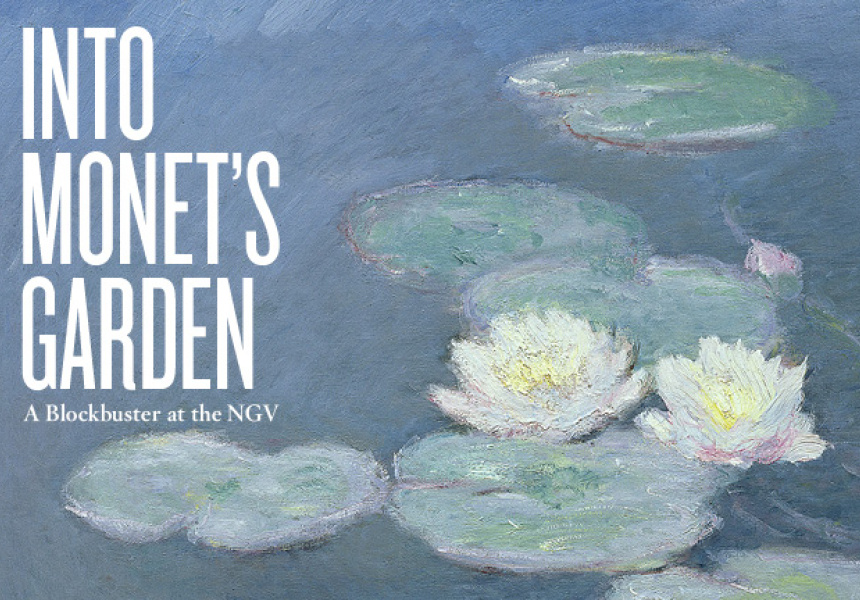 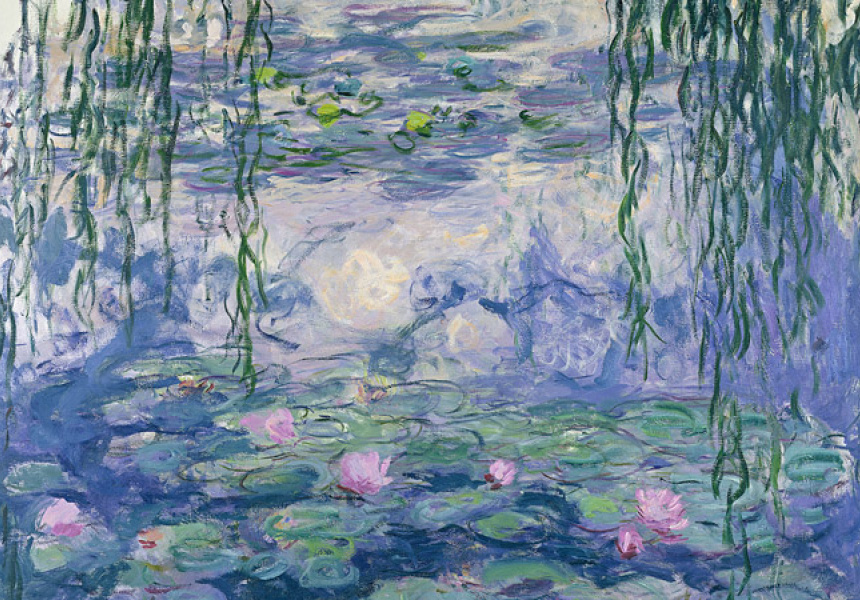 To adapt a well-turned phrase, first Impressionists are lasting.

With the opening of the National Gallery of Victoria's Winter Masterpieces exhibition on May 10, art lovers of 19th and 20th century impressionist master Claude Monet are poised to enter the Garden of Eden. A stunning suite of enormous water-lily paintings alone is expected to draw crowds in the hundreds of thousands over the exhibition’s four-month duration. These works, which add mastery to the term masterpiece, are also a personal favourite of the exhibition’s curator, Sophie Matthiesson.

“Monet found beauty on a plane that had never been captured before – a dissolving, intense and abstract world of floating colour and shifting nature,” she says. “The paintings have no boundaries and we seem to float with them.”

Presented in collaboration with the renowned Musee Marmottan Monet in Paris, which houses one of the world’s most extensive collections of the French artist’s works, Monet’s Garden: The Musee Marmottan, Paris comprises more than 50 masterworks and a total of 60-plus paintings and photographs, spanning an illustrious career centred largely on Monet's gardens in Giverny, northern France.

Since the artist’s death in 1926 at age 86, the Giverny garden remains one of France's most well-trod tourist attractions.

NGV director Tony Ellwood, who last year viewed the hallowed grounds firsthand, was struck by the garden’s beauty and says the exhibition will ideally capture its essence. “Monet's Garden is a once-in-lifetime opportunity to experience the world of Monet and the garden that became his lifelong obsession,” he says.

Ellwood presents his first Winter Masterpieces blockbuster since returning to the gallery in July last year from a highly successful five-year tenure at the Queensland Art Gallery and the Gallery of Modern Art.

Monet's early works from Normandy, the valley of the Seine, London and Norway are represented in the form of Field of Yellow Irises (1887) and Parliaments, Reflections on the Thames (1900). “We have three spectacular paintings in the exhibition of the Norwegian snow scenes from when Monet went north in 1895,” Matthiesson says. “Monet adored the effects of light bouncing off snow.”

The second section comprises work created entirely at the Giverny garden, from 1897 to 1926. “Through these paintings, visitors will experience the iconic Japanese footbridge, the water-lilies and other flowers including irises, agapanthus, wisteria, the weeping willow and the alley of roses,” Ellwood says.

Though first used derisively, the term impressionism has captured the art world and its devotees for more than a century. In an independent group exhibition in 1874, which included artistic contemporaries Edgar Degas, Camille Pissarro and Auguste Renoir (whose painting of Monet and his wife Camille opens the Monet's Garden exhibition), Monet drew scorn for the seeming unfinished appearance of Sunrise: Impressionism (1873).

How time has altered perception. The beauty and luminescence of Monet's paintings are as awe-inspiring today as when they first elicited a reaction of ‘shock horreur’ from the conservative art world.

Rarely seen late easel works painted in the garden when Monet was losing his sight promise a glimpse of delicate beauty in a sea of profuse, sunlit blooms.

The grand finale is a commissioned film installation, entitled The Last Day at Giverny. A circular display surrounding viewers provides a splendid vision of the garden on the last day of spring, from dawn to the setting of the sun. “This will embrace visitors,” offers Ellwood, “leaving a powerful parting impression of Monet's garden.”

Monet’s Garden: The Musée Marmottan Monet, Paris shows at the National Gallery of Victoria International from May 10 until September 8, 2013. Tickets are on sale now.