Curious and irreverent as ever, MONA’s Festival of Music and Art returns to Hobart with a star line-up and a festival experience that is anything but ordinary. You would be forgiven for mistaking a subterranean art lair built by a collector with a thing for gambling, an ex-bassist turned Zen devotee and a perplexing series of acronyms for the plot points of the latest Murakami novel. But when it comes to the makings of MONA FOMA – the Hobart-based contemporary arts and music festival – the truth is more intriguing than fiction.

Now in its fourth year, MONA FOMA (or for the uninitiated, the Museum of Old and New Art Festival of Music and Art) promises to swap the bleakness of Flemington or a sweltering laneway for the type of festival experience you couldn’t imagine if you tried. Running until this weekend (January 21) and with a line-up that includes PJ Harvey, iconic French composer Pierre Henry and Boston punk cabaret duo The Dresden Dolls, the program shows a critical focus without becoming steeped in the commercial. But anyone who brings the tone down with tired debate about critical versus commercial should take note of the festival’s pseudonym, MOFO – a jab at the art world’s tendency to navel-gaze rather than explore and give in to its pleasures.

Reflecting the shared vision of MONA founder Walsh and the festival’s curator, former Violent Femmes guitarist Brian Ritchie, the event aims to do away with the pretension that tends to mar the music and art worlds, letting curiosity take the lead instead.

Here are some of our top picks for the festival:

The Barbarian
The festival’s biggest commission to date, modern Greek opera The Barbarians is a collaboration between Constantine Koukias and large team of designers, musicians and singers. Jan 21 & 22, 2pm & 7.30pm, City Hall

Amiina
Amiina started life as a backing band for Sigur Ros and share the same lush Icelandic sensibility along with a habit of instrument-swapping. Friday Jan 20, 7pm, Stage 1

Toshimaru Nakamara
For ‘No-input sound mixer’ Toshimaru Nakamara, technology is not destroying music, but can actually create it. The Japanese artist manoeuvres his sound desk without the aid of mics, instruments or any external input. Thursday Jan 19, 6.30pm, PW1, Stage 2

MoMA
Held on the roof of the museum, the MONA market combines food, fresh produce, live music and demos with the chance to get some much-needed down time. MONA rooftop, Jan 21 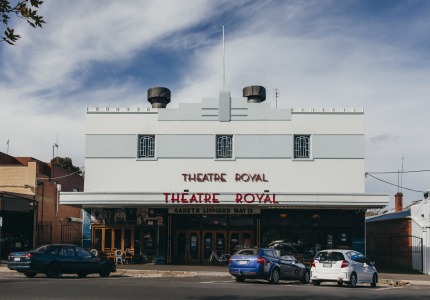