The story of the Reeds, patrons of Australia’s Modernist art movement, has long been romanticised in the public imagination. A new illustrated biography of the couple behind Heide Museum of Modern Art offers an insight into their complex relationships and artistic legacy. 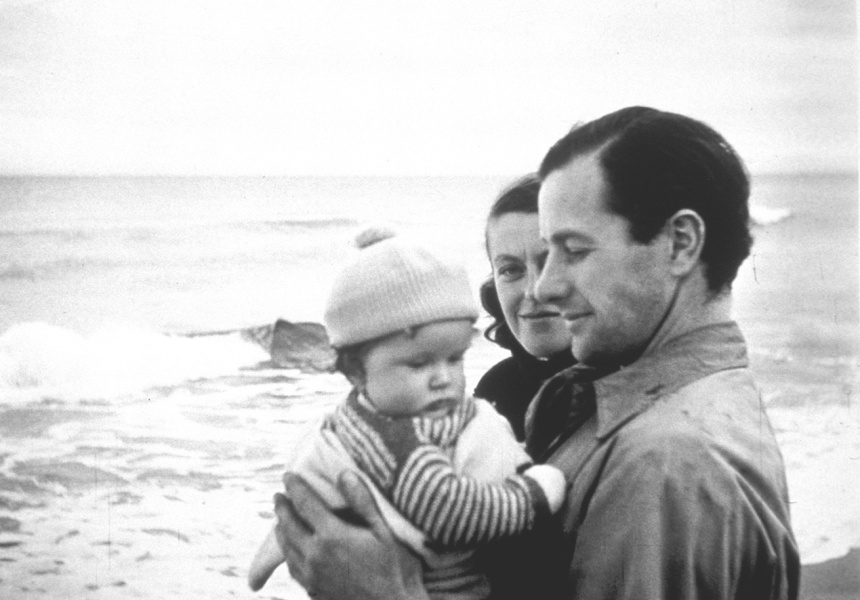 John and Sunday Reed are well known for their unconventional sexual and romantic entanglements and their indelible impact on Australia’s art world. As patrons of the Heide Circle – Melbourne’s mid-century Modernist art clique – they housed and supported various members of the group at their Bulleen estate, Heide, and in the process amassed a collection of artworks.

In an era of relative social and artistic conservatism, the Reeds championed experimental and Modernist art. They also challenged the status quo with their multitude of affairs and ménages à trois with artists, including Sidney Nolan and Sam Atyeo.

Various books have tried to recreate this period and the lives of those at its centre, including several biographies and collected letters of the Reeds and artists such as Nolan, Albert Tucker, Arthur Boyd and Mirka Mora. Though public interest in the Heide Circle has never entirely abated, it’s had a resurgence in recent years, with the release of several bestselling fictional interpretations of their story (including Alex Miller’s Autumn Laing (2011), Steven Carroll’s Spirit of Progress (2011) and Emily Bitto’s The Strays (2015)).

The latest and most comprehensive addition to this collection is Lesley Harding and Kendrah Morgan’s new double biography, Modern Love: The Lives of John & Sunday Reed. Perhaps no one is better placed to write this illustrated tribute to the Reeds and company than Harding and Morgan. They are curators at Heide Museum of Modern Art and co-authors of two previous books on the Reeds and Heide, Sunday’s Kitchen and Sunday’s Garden. They have devoted a significant part of their careers to the Reeds: their lives, their art and their museum. Besides their intimate knowledge of the artworks produced by the Heide Group and acquired by the Reeds during their lifetime, the authors also had access to a treasure trove of primary sources and interviews while writing the book.

More than six years in the making, Modern Love is deeply informed by the Heide archives; the Reeds’ personal papers and correspondence, including the unpublished papers of Sidney Nolan; and more than 30 interviews conducted with surviving members of the circle, many of whom have never spoken publicly about that period.

“Through the work done while researching the other two books, we gained people’s trust,” says Harding. “We know the extended family of Heide quite well.” Many of the interviewees are “older people who were at the point in their lives where they wanted the full story to now be told”.

Beyond the significance of the art they supported, Harding understands the reasons for ongoing public interest in the Reeds and the Heide Circle.

“We are all fascinated by other people’s lives, and there’s a sense of exoticism about them,” she says. She and Morgan aimed to matter-of-factly balance the explicit elements and bohemian idealism with the reality of their lives, avoiding salaciousness for its own sake. “We were really keen to explore the particular dynamic of [John and Sunday’s] relationship, because it was not just one of them that had an important impact on Australian art and literature. The sum of them was greater than their individual parts.”

“We didn’t set out with any particular agendas, but did hope to dispel some of that broader mythology and tell the story in an open, unbiased, non-judgemental sort of way,’ says Harding. “The Reeds’ story is well known, but only a certain proportion of it. We wanted to bring to the fore their cultural contribution and its social and political contexts, which have at times been obscured by the salacious details of their relationships.”

The artistic and sexual relationships of the Reeds are inexorably linked. It’s impossible to extricate Sunday’s personal relationship with Nolan from her support of him as an artist. Both she and John, Harding says, “Had these complicated emotional, personal entanglements with a variety of now very famous figures.”

The publication of Modern Love is timed to tie in with a major new exhibition of the same name now showing at Heide until April 2016. It focuses on artworks acquired by John and Sunday. It includes photographs, memorabilia and personal heirlooms collected throughout the course of the Reeds’ lives, along with many of the original artworks and documents reproduced in the book, some of which had been lost for many years.

The exhibition, along with the greater Heide collection, tracks their changing tastes and broader cultural contributions over the years via the works they collected. “John and Sunday really kept up with the times their whole lives,” says Harding. Modern Love is a thoroughly researched, beautifully curated depiction of the rise of Modernism in Australia, and a compelling portrait of a passionate, visionary couple who found fulfilment in their support of art and those who made it.

Modern Love: The Lives of John & Sunday Reed is in book stores now and at mup.com.au. The exhibition of the same name is showing at Heide Museum of Modern Art until April 10, 2016.

Broadsheet is a media partner of the Heide Museum of Modern Art.