Midsumma in the Galleries 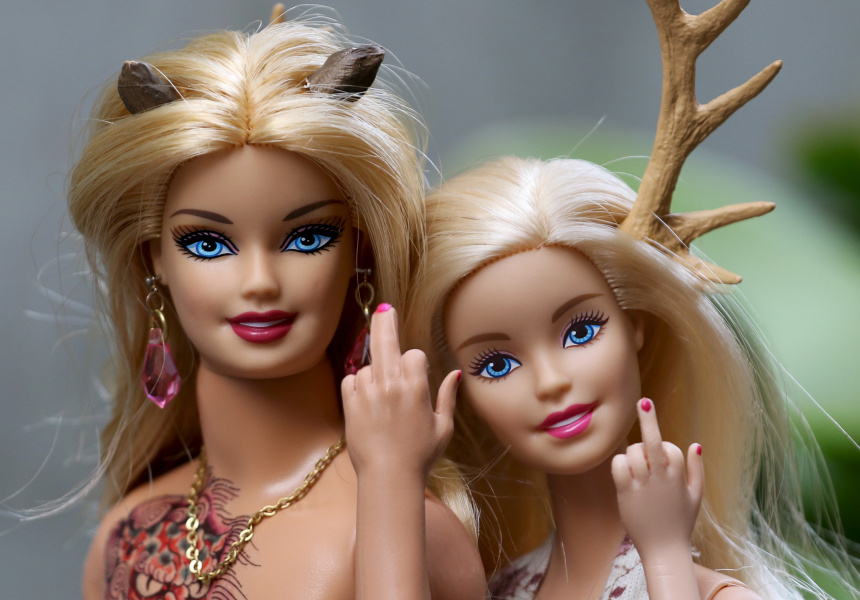 The Art of Gemma Flack We are here - Candee by Peter Lambropoulos

Loyalty Does Not End With Death is at Substation from February 2 to March 10.

We Are Here
The State Library of Victoria and the Australian Lesbian and Gay Archives opened their records to a diverse group of artists, and We Are Here – a fascinating trawl through forgotten voices and socially excluded narratives – is the result. Peter Waples Crowe’s colourful collages are composed of colonial imagery of Australian flora and fauna in pieces about Indigenous identity. Peter Lambropoulos matches his own memories to documentary evidence from the collections. Archie Barry discusses transgender identity through a photograph of Edward De Lacey Evans, a gender non-conforming person from 19th-century Victoria.

We Are Here is at the State Library of Victoria until April 2.

Trophy Wife Barbie is at Lord Coconut until February 3.

The Art of Gemma Flack
Cute, angry, loose and brave – that about sums up the kinetic, punk-fuelled illustrations of Melbourne-based illustrator Gemma Flack. This show takes her DIY and zine work to the gallery walls, but the most exciting thing about zine culture is how open and accessible it is for all voices – inspired visitors shouldn’t miss Flack’s free zine-making workshop on February 1.

The Art of Gemma Flack is at Bargoonga Nganjin, North Fitzroy Library, until February 10. Booking is required for Flack’s zine-making workshop.

Blak-Queer Futurism
The thesis of this colourful, empowering show is that in all our dreaming of the future, black and queer identities are overlooked. How will queer and Indigenous identities influence the future? Curators Alec Reade and Kalyani Mumtaz aim to find out.

Beyond the Binary is at Gasworks Art Park until February 4.