For Men Who Date Men

Meet Hello Mr., a carefully considered new magazine that’s more interested in imbuing the gay experience with depth than it is in keeping up appearances. 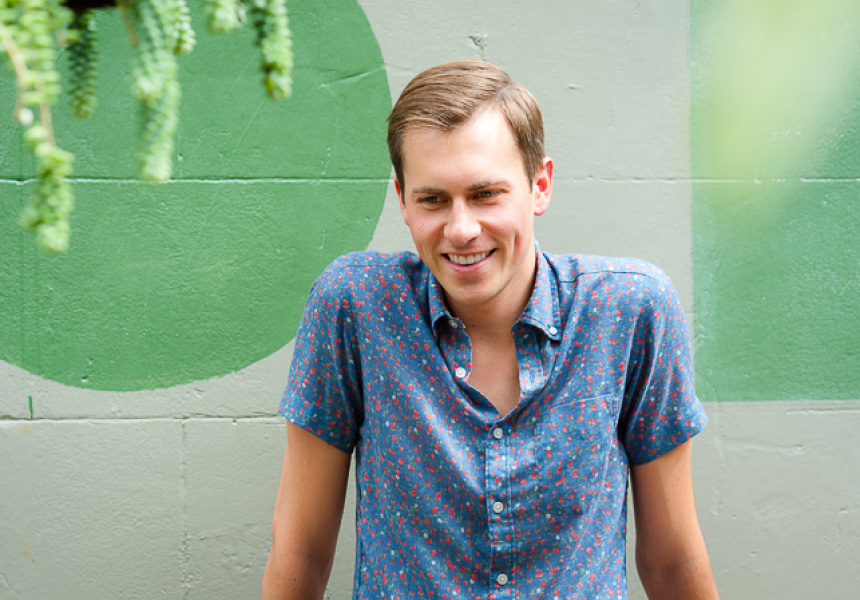 Ryan Fitzgibbon believes that you have to expose yourself in order to evolve. A year ago, the designer and independent publisher started Hello Mr., a blog that documented everyday life from a gay perspective minus the high-gloss sheen and smooth surfaces.

“Hello Mr. started as a blog but it was casual in tone and casual in frequency,” says Fitzgibbon over coffee at Sydney's The Commons in Darlinghurst. “It was just a few friends posting these stories about dating and life. You know how blogs go. It just sort of fizzled out but I knew there was something really interesting there. I just didn’t have time to pursue it.”

Luckily, Fitzgibbon was brave enough to trust his instincts. He quit his job, packed up his life in San Francisco and moved to Australia, excited by the country’s playful design culture and knack for championing ambitious editorial projects.

Inspired by publications such as London-based Fantastic Man and Spanish interiors bible Apartamento, Fitzgibbon started laying the groundwork for a biannual publication that spoke to the complexities, pleasures and real-world narratives that underpin being a gay man today.

“I thought it was time to evolve from generations past and I wanted to make sure it would be relevant to more people in more places. Hello Mr. is not about perfecting appearances. Really at the end of the day, the undercurrent of it all is to start conversations and create a new offering that says we want to be seen and heard. This is what this generation is asking for,” he offers quietly.

Hello Mr. may have been born out of dissatisfaction with magazines that deal in fictional gay lifestyle fantasies, but Fitzgibbon isn’t interested in pitting one agenda against another. His version of activism is carefully considered – an attempt to grant the gay experience the long-awaited luxury of depth.

Fitzgibbon’s inkling for boundary breaking isn’t limited to the editorial realm. He launched a Kickstarter campaign to fund the first issue and raised $26,000 in the process.

“I really wanted to make sure that there were creatives that could contribute to it. Independent publishing is really high-risk and it’s an uphill battle. But when I got the funding, there was no turning back.”

The first issue of Hello Mr. features a global network of writers, illustrators and photographers, including the outstanding Brisbane-based writer and author Benjamin Law, NYC-based blogger Ryan O’Connell, Australian ex-hockey player Gus Johnston and Brooklyn-based photographer Greg Reynolds. Fitzgibbon’s design sensibility is visible in everything from the size and paper quality to the density of the content.

“The magazine contains personal narratives, features and short stories and I decided to organise the magazine into four chapters. The first is about learning about ourselves and our community and the second is about understanding what we’re doing. The third, ‘Love and Let Go’, is about dating and the fourth is about belonging,” he says.

“I really wanted to express this idea of vulnerability, of the importance of having flaws. Many magazines that exist now say that we can’t show our flaws, that if we do we’ll be easily picked apart. The reason that we try really hard to have this perfect image of ourselves is because we were seen as outsiders before. And once we do come out, it’s a statement to ourselves that we’ll never go back.”