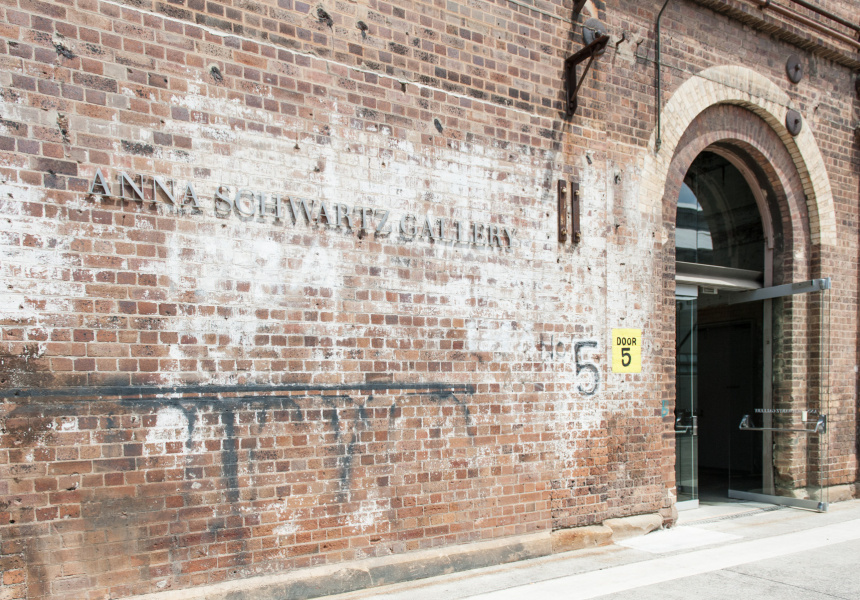 It’s a sunny afternoon in Melbourne’s CBD and gallerist and curator Melissa Loughnan is sitting outside Utopian Slumps gallery on Guildford Lane. With her long dark hair, and a sharp fringe framing her face, she looks every bit the part.

We’re speaking about her new position as director of Anna Schwartz Gallery, an appointment that was announced in July.

When asked about her relationship with Schwartz, Loughnan remembers back to being an art student, when “Anna was both revered and feared.” Now, years later, she says their relationship is very collegiate. “I obviously respect that I have so much to learn from her and she’s got so many years of experience and so many networks and relationships. But I have a lot to give and she recognises that as well. I think we both respect each other a lot, and that enables us to have really fun, interesting brainstorming sessions together and work like a team.”

At 32, Loughnan has already been working in the art industry for 13 years. She began interning as soon as she finished high school at institutions such as the Queensland Art Gallery, the Ian Potter Museum, the Australian Centre for Contemporary Art and the Melbourne Museum.

In 2007 she opened Utopian Slumps, a not-for-profit experimental art space in Collingwood with a roster of exciting, young local artists. It was during these early days that Schwartz began to show interest in her. “Artists that I was working with would show there,” recalls Schwartz of her initial awareness of the young gallerist. “I realised it was a new voice of some significance and then eventually met Melissa.” ‘Schwartz immediately explains that while everyone else might call her Mel, “I am formal and call her Melissa.”

Three years later, in 2010, Loughnan made a strategic decision to move her gallery into the city, reopening as a commercial space to sell work by a stable of nine artists (that grew to 15) including Rhys Lee, Misha Hollenbach, Dylan Martorell and Amber Wallis. It was at this time that Loughnan placed a couple of artworks (including a Dale Frank) from Schwartz’s gallery with collectors she was working with. “I remember saying to her ‘you should come work with me’,” says Schwartz. “She later told me she thought I was joking.”

At Utopian Slumps, Loughnan created a much-needed art platform in Melbourne for a younger audience. It developed a strong following and a high level of respect in the Australian art industry because of her smart choices. “I very much admired the way she created a cultural position with the gallery,” says Schwartz. “It wasn’t a random collection of people. To my eye, the gallery represented a very seriously thought through assertion.”

Schwartz was looking for someone to come in and operate at a senior level just as Loughnan was reassessing her lease on the Guilford Lane space. Loughnan explains the timing as “fortuitous”.

“Basically, I’d been chasing my tail for the past five years,” says Loughnan, explaining that in the seven years she’s been running Utopian Slumps, she hasn’t paid herself a proper wage.

The new role as gallery director with Schwartz officially begins in February 2015, but Loughnan has already curated a show for the Sydney gallery, Cold Intimacy, which opens this weekend. This debut show – a “post-internet” exhibition – includes artists who critique or comment on the internet in their practice, such as Nina Beier, Simon Denny, Alicia Frankovich and Marlie Mul. It’s a conversation that hasn’t happened at Anna Schwartz gallery before.

“I feel like it’s a bit of a high-stakes exhibition,” says Loughnan, admitting to nerves in the lead up. “In some ways it needs to encapsulate my sentiments behind Utopian Slumps, but in other ways it’s totally distinct from it as well.”

She’s also working with artists that are new for her - having the Anna Schwartz association means she can now approach artists she might not have been able to before.

Loughnan will be bringing two of her Utopian Slumps artists with her to Anna Schwartz – Sanne Mestrom and Jake Walker – while working closely with Schwartz’s existing roster. This includes Marco Fusinato, John Nickson and Rose Nolan, as well as Mike Parr and Shaun Gladwell (who both have shows scheduled for later in 2015).

Based in Melbourne, Loughnan will be working across both Anna Schwartz galleries, with Schwartz and her existing Sydney gallery director, Simeon Kronenburg, as well as the wider gallery staff in an overview role. She won’t be taking over Schwartz’ position per se, but certainly she will be alleviating some of the pressure. “As with a lot of galleries in the US and Europe, there’s more than one directorial role,” says Schwartz. “I’m very excited about it and very happy and relaxed,” she laughs.

Utopian Slumps will open its last show on Wednesday November 19. It will close its doors on December 20, punctuated by a week of performances and an exhibition curated by experimental Melbourne-based fashion gallery, the Centre for Style. Utopian Slumps will also continue to operate on consulting projects with various artists run by the gallery's manager, Charlotte Cornish.

“It’s bittersweet closing Utopian Slumps,” says Loughnan, looking back in at the gallery from the street, “but I’m glad not to be closing out of financial duress – not because I have to, but out of choice.”

Cold Intimacy opens at Anna Schwartz Gallery in Sydney on Saturday November 15 and runs until December 20. 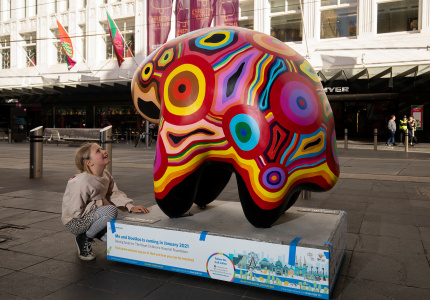