Melbourne architectural-slash-art firm, Studio Osk, is relocating to Berlin to spend four months living in a train station and building a giant cube. 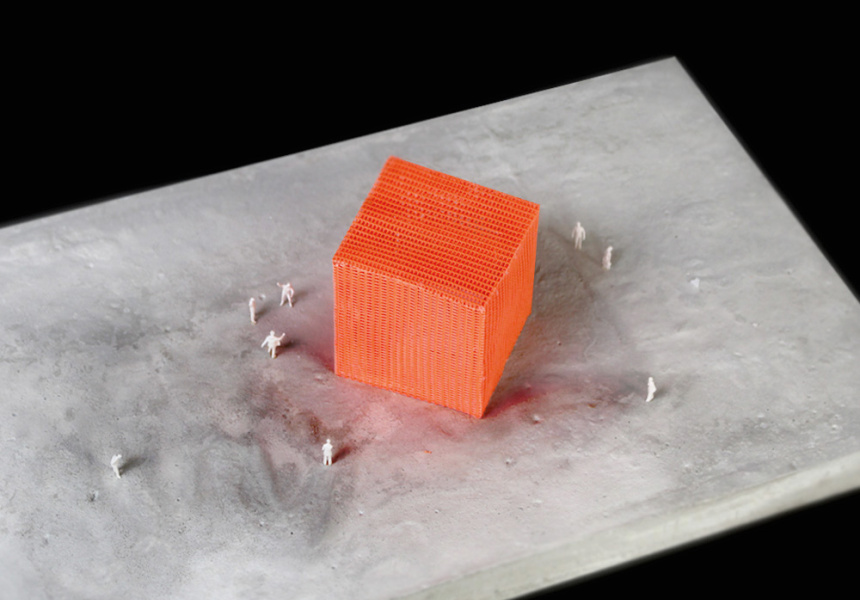 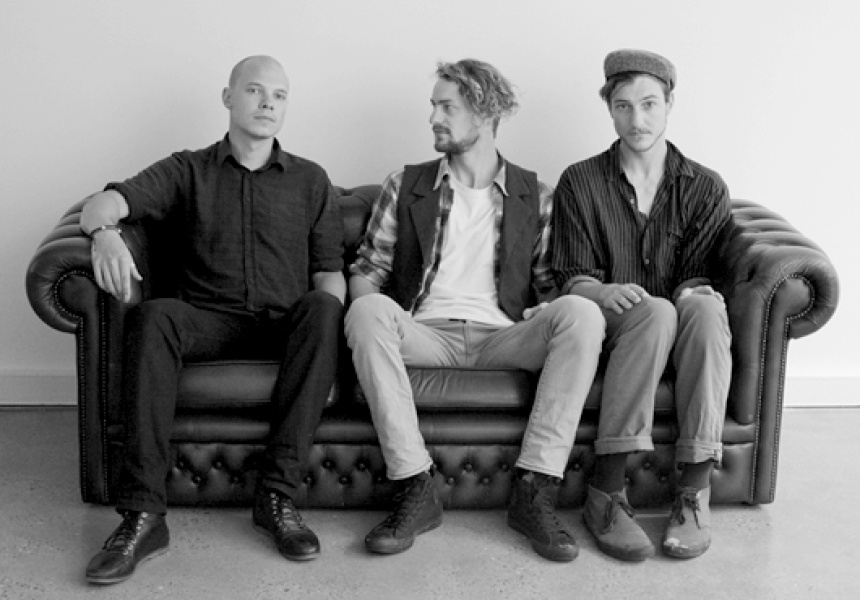 One thing that ever-transforming metropolises have in common is what lies underneath: a skeleton of scaffolding beneath the surface made of steel, wood and plastic. Will Loft, Ben Waters and Tom Pendergast of Melbourne’s architectural/art firm Studio Osk have found a new purpose for these traditionally unglamorous materials.

After relocating themselves to Berlin, the members of Studio Osk will live together in a disused train station in Berlin-Mitte, a site that houses the Centre for Art and Urbanistics (also known as ZK/U). In the sculpture garden behind the Westhafen train station, they will begin construction on a giant cube, made solely from construction materials.

Once built, the Cube will serve as a temporary gallery, performance space, theatre, cinema and as a novel place to have an enormous party. The Studio Osk team envisions the pavilion – that will begin in a cube shape – as capable of being endlessly repurposed; its walls and shape will shift according to need. So, although the Cube’s nominally a cube, it’s also a flexible, formless pavilion, without any defining characteristics inside its provisional shell. “It can change and adjust to different conditions,” says Waters, “in a perpetual state of change.”

Studio Osk describes the project as an exercise ultra-modernist architecture – a return to the fundamental essence of sculpture. What interests the group about architecture is the experience of a space and what excites its members about art is “what it’s like to feel it rather than to understand what’s behind it or to theorise about it.”

“Art has shifted to be more of an experience,” says Waters. “It’s not about ‘getting it’, but about experiencing it.”

The project is an unusual one for an architecture firm – though Osk is no ordinary firm. Formed by three friends who met at RMIT, Osk’s focus has always been divided between architecture and art. “Will, Tom and I first worked together doing an art installation for the Rainbow Serpent music festival,” recalls Waters. “We were just having fun, getting free tickets to music festivals. But the collaboration grew from those early, little, fun projects we did.”

Loft and Waters, two trained architects and Pendergast, the visual artist, decided to turn pro, designing commercial and residential projects while continuing their art practice. “It was always the idea to do commercial work to pay the rent. But we wanted to nurture our creative sides with these kinds of projects,” says Waters.

The unconventional tactic has paid off creatively, if not monetarily, always keeping the team creatively engaged. It has also proven to have a fruitful influence on Osk’s architectural design. “You realise how much it feeds into getting work,” says Loft. “It’s completely interconnected.”

The studio is now in its third year and Osk is celebrating the completion of its first, free-standing home. “For an architecture firm it’s really early days,” says Loft. “Three years is not a very long time in the architecture world.”

And while building a house is an achievement, the guys from Osk find there’s a different kind of satisfaction in being able to go from concept to completion in a matter of months. “The art projects are rapid-fire test-beds for ideas. Architecture isn’t fast enough,” says Waters. “But you can build a pavilion in a month, have a month of programming, and pull it down in a week. It’s more energetic than going through the rigmarole of building a house.”

Through the project at ZK/U, Studio Osk also hopes to investigate alternative ways of using public space. Loft points out that, compared to Melbourne, Berlin has a less restrictive approach to common areas. “I always used to marvel at kid’s playgrounds. They would be hideous pits of litigation if they were in Australia. They just wouldn’t even get close to doing half of what they do in Germany,” he says. “There’s something to be said for letting things develop in an imaginative way rather than just doing a Docklands on it.”

Waters hopes that through the process of constructing the Cube, and collaborating with other artists, Studio Osk will develop a new way of thinking about its projects back home. “We’re there to learn and figure things out,” he says. “Hopefully we can bring back some of the positive aspects of the way they use public space.”

The residency will see 20 artists participating in the project making it up as they go along. While Osk is contributing the Cube concept, what actually comes of the space is yet to be determined. “Hopefully somebody’s ambitious and crazy enough to take it over,” says Loft. “We want someone to just do something completely insane in there for a week, and build something totally different inside it.”