This summer, the Melbourne Recital Centre are taking an unused inner city space and creating a lush, suburban-inspired music festival – something director of programming, Kirsten Siddle, has been thinking about for years. 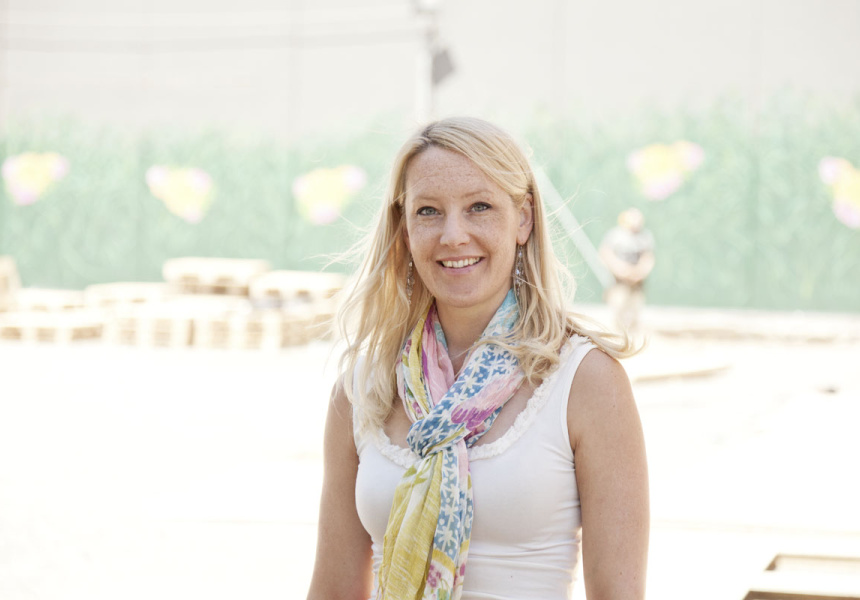 Though we’re rarely at a loss for events happening around Melbourne, finding new and inventive ways to deliver them does seem to constantly provide food for thought. Converting pretty much any space available is not something new to the city, but thanks to Kirsten Siddle, the director of programming at the Melbourne Recital Centre, this summer (and hot on the heels of the success of Melbourne Music Week in November), features an event that is particularly exciting and unique.

After a six-year stint working in London, Siddle was tempted back to Australian shores for an opportunity that was "too good to pass up". Admitting that she'd "only ever been to Melbourne on a weekend trip", the prospect of working with the Melbourne Recital Centre from its opening days was a dream come true. Five years on and the dream is still going strong.

One of the driving forces behind The Garden Party – a month long music festival being held at the Recital Centre from the end of this week until mid February ¬– Siddle says the process has been a long one. "Since starting all of those years ago, I've been looking at that space (an unused area near the centre on Sturt Street in Southbank) every day and thinking, 'Wouldn't it be great if we could do something there?' and just dreaming up ideas for it really. The Garden Party idea is one that I'd had for a few years; to take people outside and change the expected, traditional venue of how music is seen and transform that space for a few months."

Taking that dream and making it a reality, however, was a much lengthier process than expected. After meeting with various teams of designers, the Recital Centre settled on local duo Tim Brooks and Alix Smith of Tim And Alix Design. "We had a really strong view on the aesthetic of what we wanted and ours aligned perfectly with what they envisioned. Essentially, we're creating a secret garden in the city centre that's just for music."

Taking the design brief and creating a warm, childlike neighbourhood feel, complete with tree-lined streets and pastel houses might not seem like the obvious setting for the bulging line-up (Jens Lekman, Oscar + Martin, Gossling, Brous, The Bamboos, Van She and many more), but it sets the tone and showcases the creative vision perfectly. "The shows are only running over the weekend and the space will be closed from Monday to Thursday," explains Siddle. "We like the idea of people being able to come down on the weekends and just hang out, see some new music that they might not be otherwise familiar with, and just escape that rushed, festival vibe. You don't need to know who's on the line up, because it's affordable and people can trust in the fact that we have curated the festival with a huge number of factors in place."

For the event’s inaugural year, there were a few common ideals that Siddle and the team felt they had to be meet. First was the overall experience itself. "I love going to festivals, but they are usually for really short, intense periods and are not always the most pleasant environment," she explains. “So we looked at how we could change that and how we could avoid those things that turn people off.”

Second on the list were the acts and their integration into the space. The bands had to be not only "ones that we liked, but that could also play good live shows in that space. There are a lot of bands that I have great admiration for, but aren't suited to play inside venues like the Recital Centre, but suited The Garden Party perfectly."

And finally, the most important consideration for anyone spending a day relaxing in the sun, is the addition of food, with offerings from Soul Food Cafe, Gumbo Kitchen and Yogurddiction. "We decided to get in people that are used to working in those sort of pop-up environments and work well with a crowd of people they're familiar with, and I think they're all going to work really well and people are going to enjoy that element as much as the others really."

With less than a week until the shrouded space is unveiled to Melbourne, best you check the line-up for the city’s newest summer music festival. 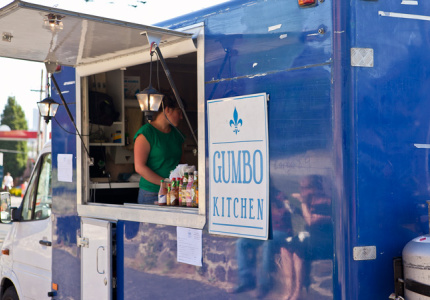