Historical tomes may be the bread and butter of Museums Victoria’s rare books collection, but librarian Hayley Webster’s work extends far beyond that. In partnership with Museums Victoria, she explains her passion for books, research and more. 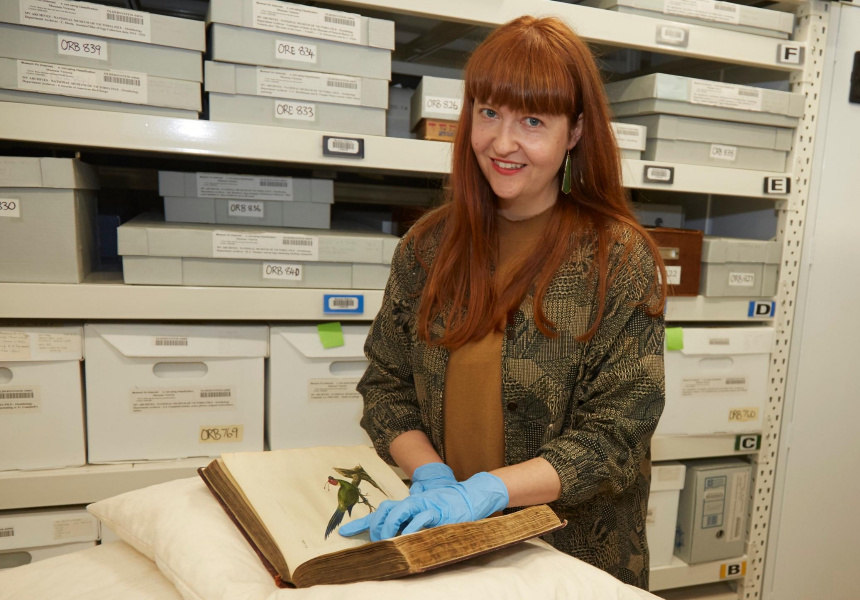 Artist Elizabeth Gould Reproduced from 'A Synopsis of the birds of Australia (1837-8)', by John Gould. 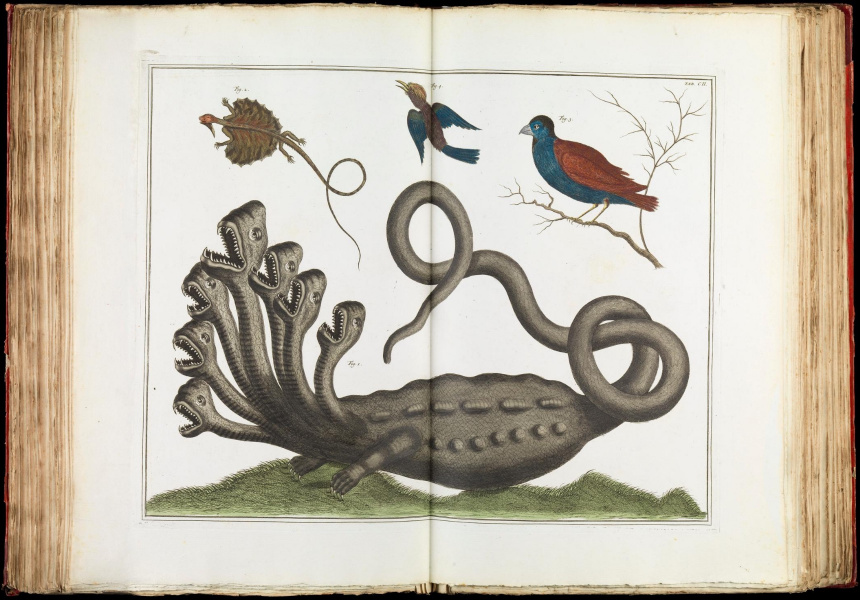 For Hayley Webster, the major bright spot during a dreary Melbourne winter is usually Rare Book Week, held at the start of July. That wasn’t on the cards this year, but Webster took solace in publishing recordings of last year’s Museums Victoria events online.

As the Museums Victoria library manager, Webster oversees the rare books collection there, which boasts a wealth of 18th and 19th-century natural history titles. Those include illustrations by pioneering naturalists such as John Gould and Maria Sibylla Merian, who specialised in birds and butterflies respectively.

Webster does her own research into the library’s history and collections, writing articles on her findings. Her love of fashion history, for instance, allowed her to give a floor talk at the museum’s live music series, Nocturnal, during this year’s VAMFF (Virgin Australia Melbourne Fashion Festival). She brings a similar passion to all her pursuits – which include editing a Bibliographical Society newsletter called (ahem) Broadsheet.

As Melbourne’s museum staff transitioned to doing their jobs in lockdown (again), we asked Webster to pinpoint some highlights of her far-reaching work.

How would you explain your job to a non-museum person?
My job is similar to other library jobs, but instead of working with the public I mainly work with curators and researchers. I help them locate sources in their work on the scientific and cultural collections, and in producing exhibitions and programs.

What drew you to this area of expertise?
My undergraduate degree was in history, so the opportunity to work with a historic collection really appealed to me. Over time I have developed an interest in the history of the book, and I’ve done professional development in areas like identifying book bindings and interpreting provenance (ownership) evidence in books.

At the moment I’m doing a course called “Beginning Bibliography” and looking forward to some fun transcription exercises!

What have you worked on recently?
I’ve been compiling a wish list for additions to our rare books collection, and have looked further into the history of the library and collection development in the 19th century. The library originated as working collection for scientific research, and some of our volumes have been annotated by past scientists in the course of their work.

We contribute to a worldwide digitisation project called the Biodiversity Heritage Library, so another one of my work-from-home tasks has been to identify titles to be scanned and added to our collection on that website.

What’s the most rewarding thing about the job?
I edit the Bibliographical Society of Australia and New Zealand’s newsletter, also called Broadsheet. This led to some confusion when I excitedly told my friends the good news that I was the new editor of Broadsheet!

As you might imagine, our readership is, ahem, somewhat smaller and the topics we cover are slightly more specific to rare books. But it’s still a fun aspect of my job that allows me to connect with colleagues to source and edit content.

And the strangest thing?
Currently I am missing the back-of-house corridors at Melbourne Museum, as there is always something interesting to see being ferried away on a trolley. Once I came face to face with a snake in the corridor on my way in – not behind glass as usual, but being transferred somewhere by his keeper.

Murray the Python was much loved by many museum staff, but after this encounter I felt decidedly cool towards him.

Explore the history of scientific art in Victoria and the library’s various collections, among other highlights from Melbourne Museum at Home.