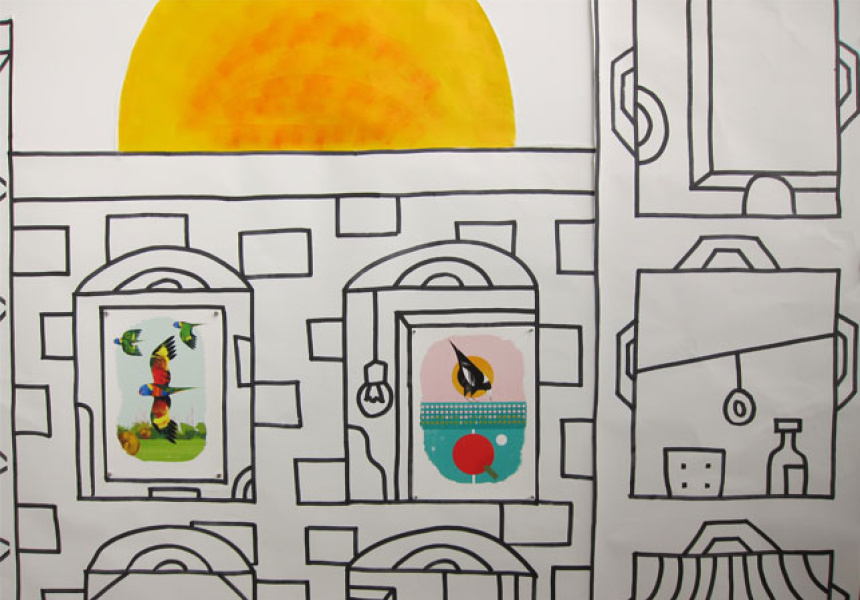 Marc Martin has drawn everything. He has probably drawn your curtains. This Melbourne native has chronicled it all – from giant Galapagos tortoises to post-industrial cityscapes and everything in between.

From tonight, Martin will populate Lamington Drive with a series of newly rendered large-scale drawings. These will serve as a backdrop to a selection of works from his collection of illustrated books and commissioned graphics.

One of his early works retraced the sinking of the titanic, replete with iceberg, a detailed close-up of the doomed captain’s quarters (including a meticulous portrait of a ham sandwich) and passengers still playing shuffleboard on the ship’s upper deck.

Part anthropology, part zoology – it’s not hard to trace a line from these early maritime enquiries to his latest graphic explorations. The opportunity to fill the entire Lamington Drive gallery makes it possible for Martin to render grand his artful investigations of the “relationship between humans and nature, and the co-dependence of the two”.

Silent Observer tames man, beast and narrative, gently moulding them into a fantastic taxonomy. For Martin, illustration is about storytelling. “I guess I like the idea that a good illustration can tell a story without the need for words.”