The Making of Melbourne Now

Billed as the most ambitious exhibition in the NGV's history, Melbourne Now has stirred fierce debate, excitement and angst amid the wider contemporary art community - the very constituency it has fought to engage. A month ahead of its November opening, which is set to bring together over 130 local artists and 30 curators, Broadsheet checks in on the making of Melbourne Now. 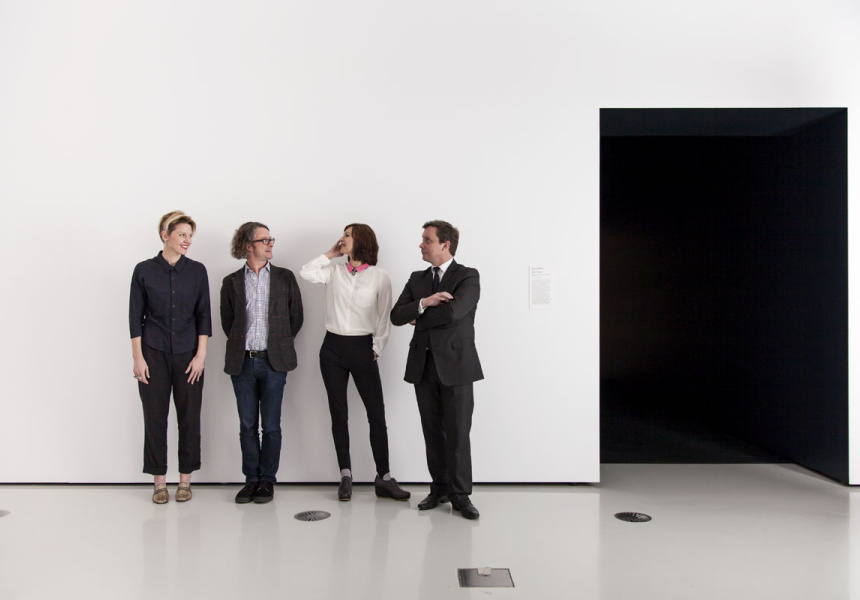 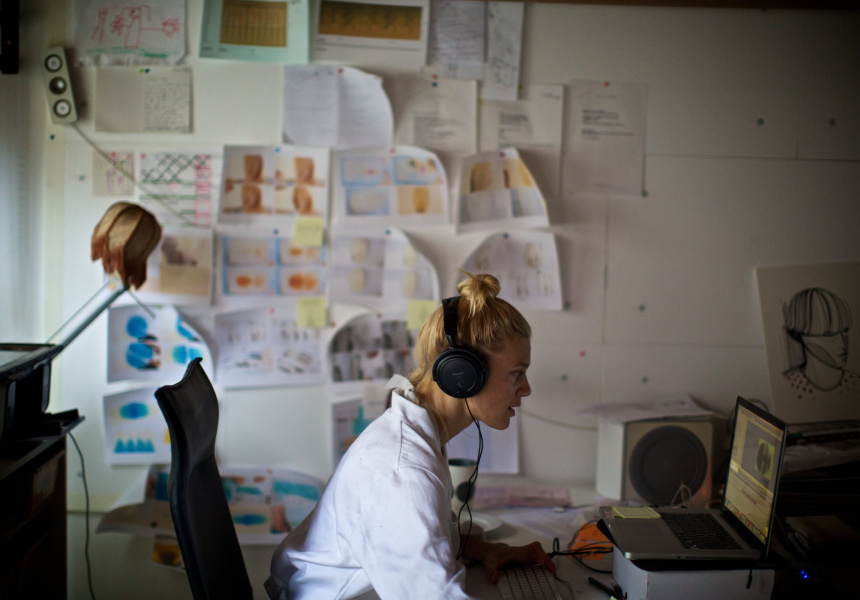 As much as he’d hate to admit it, Max Delany is run down. On meeting at a small, outside-of-hours entrance on northern flank of the NGV (known among staff as the ‘rabbit hole’), the recently appointed senior curator of contemporary art’s effervescent manner and rapid-fire parlance are dulled somewhat by the grips of a cold. Put simply, it’s not the time for rest and recuperation.

It’s early morning and we bustle through the building, empty but for a scattering of administrative and security staff. “There has always been a great desire to see the NGV embrace contemporary art more actively and to reflect the various world views of the contemporary art community,” he offers at one point. “And we hope that this is one important step in a much longer-term program to do that.”

It has been quite the introduction for Delany, who left his longstanding position as director of the Monash University Gallery of Art (MUMA) in October 2012 to assume the key role as part of director Tony Ellwood’s revitalising of the state gallery. Since day one of his tenure, his professional life has been consumed by Melbourne Now, an undertaking that will feature upwards of 130 local artists, 30 curators and will span both NGV’s St Kilda Road and Federation Square sites in what the institution has touted as its largest ever undertaking. With a spend of over $5 million ($1.27 million of which is dedicated to commissioning new work), they’re not kidding.

The exhibition – which spans contemporary art and, quite controversially, design, architecture and fashion – has been at the front of Ellwood’s mind (and his communications department’s focus) since he replaced longstanding former director Gerard Vaughan in mid 2012. Indeed, if Melbourne Now has been a huge undertaking, it has also been a big sell, with the gallery hosting a procession of associated forums, public and media events during the show’s development.

Unlike the international blockbusters for which it is so renowned – think Monet or Dali – the NGV’s largest exhibition must essentially sell Melbourne something that is already there. For Ellwood, the show is symbolic in its scale and scope. “We’ve never done anything just exclusively looking at our local art and design community,” he says, during a brisk phone appointment later in the day. “The scale is hugely important; the exhibition has to say a lot about this community and to do that you have to reflect the depth and richness of that… Doing it in a state gallery, it’s not lost on people that it has a different resonance…

“We’re being very confident and bold about this because we feel that the community deserves that.”

It’s on reaching a large boardroom deep within the staff wing of the gallery with Delany that the sheer magnitude of the operation becomes apparent. Rather than a simple series of exhibition plans, a rambling collection of 50:1 architectural models spans out along the vast length of the table, each model representing a cross-section of one of the NGV’s galleries (and a meticulous plan of the artists, art and architecture projects that will be shown within it).

It takes us the best part of an hour to pore over the models and their contents. There’s the “Community Hall” on entrance to NGV International, an architectural commission by celebrated studio McBride Charles Ryan that will act as a “meeting room, stage, catwalk and workbench” to be used for performances, “reading groups, knitting groups [and] choirs”. There’s a neon installation by Peter Kennedy that charts the full Higgs Boson equation. Outside, there are temporary gardens by Urban Commons, alongside the neo-formal sculptural work of Caleb Shea. In other galleries, lateral fashion label PAM rubs shoulders with contemporary artists, while choreographer Shelley Lasica presents a work with Helen Grogan. There are kids commissions, works that trace the theatre of war and commissions that traverse Melbourne laneways.

Over at NGV Australia at Federation Square, there are reading rooms, a full fashion show and various pairings of artists and designers that “try to allow for interesting dialogues”. It’s expansive, almost impossible to comprehend in one sitting.

The exhibition – and the wider rhetoric surrounding its trans-disciplinary aspect and audience participation – has attracted its share of criticism from within the community it is attempting to support. While several in the art world have questioned the confluence of art and design, one prominent industry source, who declined to be named for the article, expressed concerns about the timing of such a major undertaking and its treatment of exhibiting artists, describing Melbourne Now as being rushed through in a manner befitting “a Kevin Rudd-like exercise in making decisions on the run”.

The recently-launched edition of Melbourne art journal un Magazine – which happens to have been granted a prominent curatorial project as part of Melbourne Now – published a stinging critique of the exhibition’s trans-disciplinary, participatory mode and “corporate rhetoric” in the form of a “speculative review”. Authored by Aodan Madden and Beth Rose Caird, the piece described “an institution desiring/needing to redefine itself as relevant…leaving us, right now, not participating, but rather swirling and washing around in the corporate, trained dialogues of only those ordained, their voices electrified by a pronounced newness masquerading as substance”.

There has been plenty of support for the project. Prominent art dealer Irene Sutton, of Sutton Gallery in Fitzroy, described the production of such a vast local contemporary art exhibition as a “superbly welcome change in the direction of the NGV”, but she also reserved judgement. “I’m very hopeful, but the proof of the pudding is in the eating,” she said.

Ellwood is diplomatic when asked about the criticism. “I’d rather they were talking about the fact that the gallery is trying very hard to be ambitious and do new things than to be criticised for not trying hard enough and not doing enough,” he says.

As Delany is ushered to the next appointment of many, he puts Melbourne Now into a wider perspective. “This is one step in a much longer-term program and commitment,” he says, pointing towards an ongoing series of major contemporary art exhibitions and events.

Whatever the case, Melbourne Now has not and will not be as smooth sailing as the NGV might have had us believe. Events of its scale and ambition rarely are.

“Some people will say it’s just an over-hyped local art show,” says Ellwood. “Well, let’s make sure that the way we create this experience is unprecedented and will surprise and create a great deal of enjoyment for people.”

Melbourne Now runs from November to March at NGV International and NGV Australia.

Artist credits for above image: 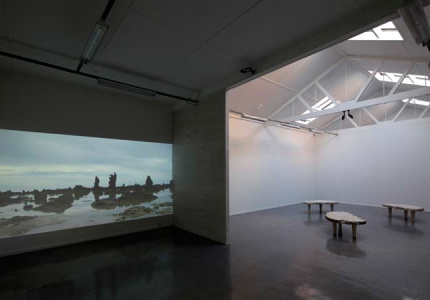