Signed to a major label at age 16, the now 23-year-old jazz-pop prodigy Maddy Hay returns with her latest record Tell Me A Story. From travelling solo around the world, prepping food in kitchens outside of Shanghai at age 18 to realising her musical talent while basking about on European soil in her twenties, there’s a clear pattern that emerges when studying the short but prolific career of Melbourne-born artist Maddy Hay – she’s a woman who enjoys flying solo.

It’s not surprising then that Hay has found herself all on her lonesome again in her latest travels, this time indulging in some reviving mind and body therapy at a retreat in a Queensland rainforest when Broadsheet calls up.

“I’m quite shy but love to put myself in places were I’m anonymous,” she says. “I like the mystery of listening to other people’s conversations and watching people, so all the stories stay in my head and come out through song.”

Hay’s Tell Me A Story follows one year on from her more jazz-orientated debut Smoke In The City, and catches the performer exploring all manner of subversive musical terrains. World music meets pop, jazz raves with folk and everything in between. Throughout the 50-minute opus, Hay manages to sound like everyone and no one, all at once. While no mean feat, it all comes as little surprise on learning of the record’s transient creative process.

“I started writing this record when I was in Holland last year and would take the train to Paris to continue writing – to live and be inspired,” she recalls. “It was again just me on my own, but I brought my glockenspiel along this time which made me experiment more.”

Indeed, Hay manages to veer off on non-linear musical elements and narratives while miraculously retaining a common thread that binds much of the record together. “I’m never going to box myself into one genre because for me I always learn, experience, grow and branch out,” she says.

An integral player in the development of Hay’s sound and approach is her producer Jonathan Zion, a man who was every bit the hard taskmaster by ways of the strict song-writing parameters he set his star. Zion even enforced a ‘30 songs in 30 days’ type of structure for the self-admittedly fragile and dreamy artist to deal with.

“Yeah, I found it very difficult because I had my whole life to write my first album, but he saw that I was writing songs and not finishing them so he set me this enormous task.”

Explaining that most songs were written on the piano, Hay admits that melodies and words would drift in unwarranted from the ether, so a great deal of patience and a sense of calm were needed to prevail. In no real rush to accelerate the creative force, Hay would write without specific order, concept or genre in mind, perhaps the reason why the end product is so idiosyncratic in its musical palette.

“Jonathan wanted to push me a lot with this album and we didn’t want to totally leave my jazz roots, because it’s in my blood, so we wanted something new while retaining the heart of the first record,” Hay concludes as she leaves the conversation to slip into a meditation class. 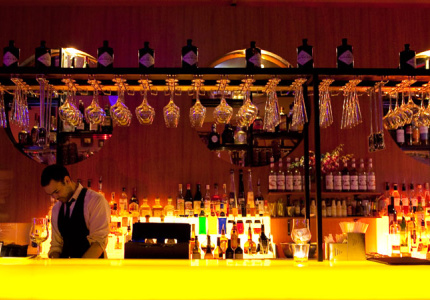