This is really big. 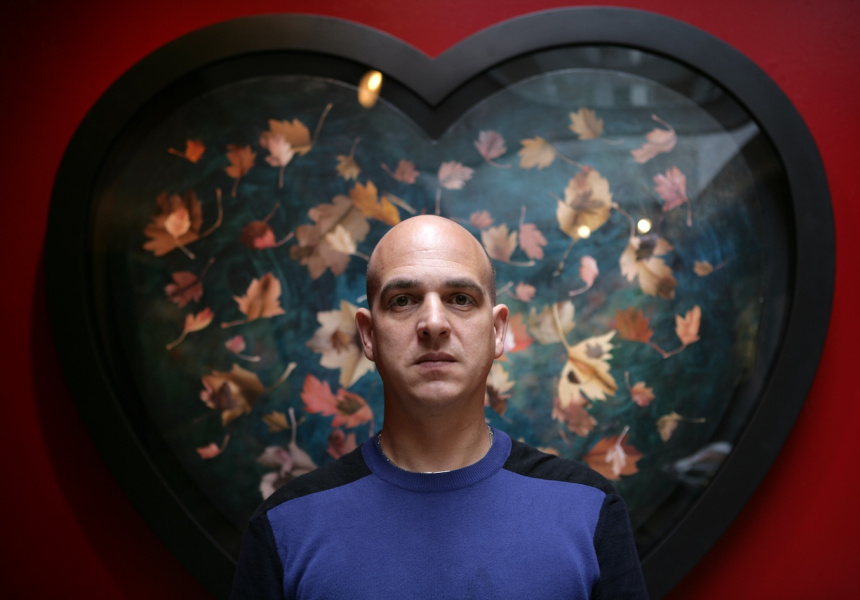 A large-scale exhibition of Banksy’s work will fill a Melbourne car park in October. It’s going to be huge, but there’s a fair chance it’ll piss the British street artist off.

“Hell yeah,” says curator and Banksy’s former agent Steve Lazarides. “I hope so. We’ve been at loggerheads for years.”

The Art of Banksy retrospective is the biggest collection of his work to ever to visit Australia. It features 80 works owned by private collectors across the globe. Iconic pieces, including Girl with Balloon and Laugh Now, will be on show from October 7 until January 22 at a makeshift exhibition space at The Paddock behind Federation Square.

It doesn’t have the artist’s blessing but that doesn’t bother Lazarides.

“Banksy and I haven’t spoken for over a year,” he says. “He’s not the kind of guy who is ever going to do a retrospective. I started looking at his paintings and a lot of them have more relevance now than when they were painted. I think it’s good to get it back out there and for people to start talking about things.”

Lazarides, who owns London’s Lazarides Rathbone gallery, worked with Banksy when he was employed as picture director of Sleaze Nation magazine. Both are from Bristol and back then Lazarides sold the guerilla artist’s work out the back of a car boot for 50 quid apiece. Banksy’s work now sells for hundreds of thousands of dollars, and Lazarides was instrumental in bringing graffiti and street art into galleries and the mainstream market.

He is one of the few people who knows the elusive artist’s identity. It is a well-kept, much debated secret. “It was fun for a few years, then it got really boring after awhile,” he says. Last week the British press reported that Massive Attack frontman Robert Del Naja, aka 3D, is the real Banksy. Lazarides dismisses the claims.

“Trying to say that some 50-year-old bloke is running around with some massive pop band, trying to tour around the world playing gigs and is also doing notorious street art as Banksy is fucking mental,” he says. “Everyone thinks [the anonymity] was this insanely clever marketing ploy. It wasn’t. It was self-preservation. In Bristol at the time the authorities had a pretty hardcore attitude towards street art. It wasn’t as easy as it is nowadays to go and put something up on the street. So the only way for him not to get arrested was to be very, very secretive.”

The pair parted ways in 2009 and while they’re not exactly close, Lazarides respects Banksy’s work and wants to share it with the world.

“I’m a pathological hater of the art world at the moment because you’ve got so many people talking and no one saying anything.” He pauses. “It’s odd. If you look at someone like Bansky or [French photographer and artist] JR, they’re out there and they’ve got a voice and a message. These guys are fucking global superstars. By not compromising, doing what they want, and saying what they want. I think the world needs a bit more of that.

“It’s just become about money. I talk to all the big collectors and they’re bored. I’m bored. I think the some of the artists are bored. The general public is bored. It needs a shot in the arm again.”

He says street art coming out of places like Afghanistan is powerful.

“There’s these guys in Kabul called the Art Lords and they don’t even consider themselves artists,” he says. “They call themselves an anti-corruption group. There’s like 20 of them aged 15 to 50 and every time they step out the door to put a message on a wall, the chance of them being shot dead is very, very high. These are guys who are risking their lives to put a message out and I think there’s a little bit of that anarchic nature missing in the Western world.”

The Melbourne exhibition will include a hub called The Railyard with DJs and food trucks organised by Welcome to Thornbury. Work by local street artists will also be on show.

“As much as it will annoy Banksy, hopefully putting this together and putting it out there will help,” he says. “If it inspires five kids around the world to go out there and try to say something and address some issues then it’ll be a good thing.”

The Art of Banksy will show from October 7 to January 22 at The Paddock, Federation Square. Tickets are available now.

Broadsheet is a proud media partner of The Art of Banksy exhibition.