A Magazine For All Womankind

A new print publication is changing the concept of what a typical magazine for women is. 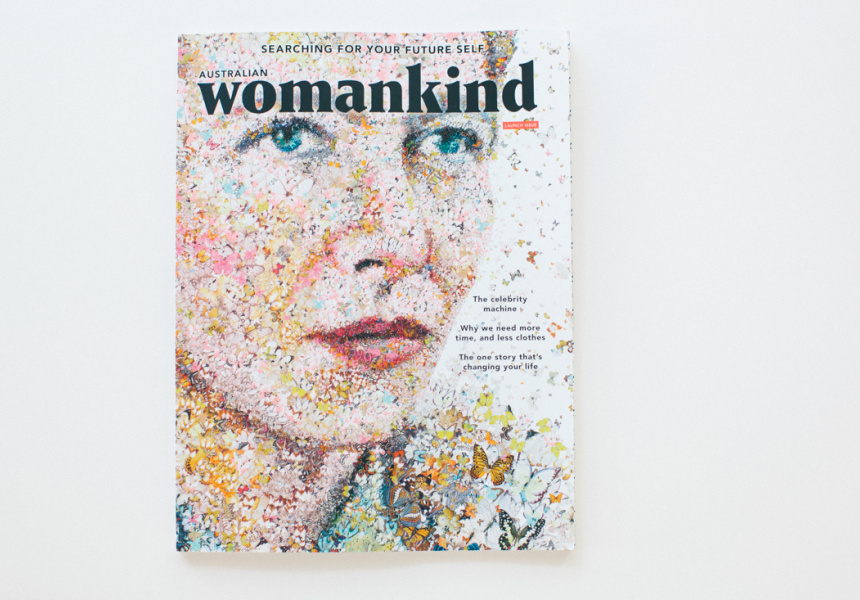 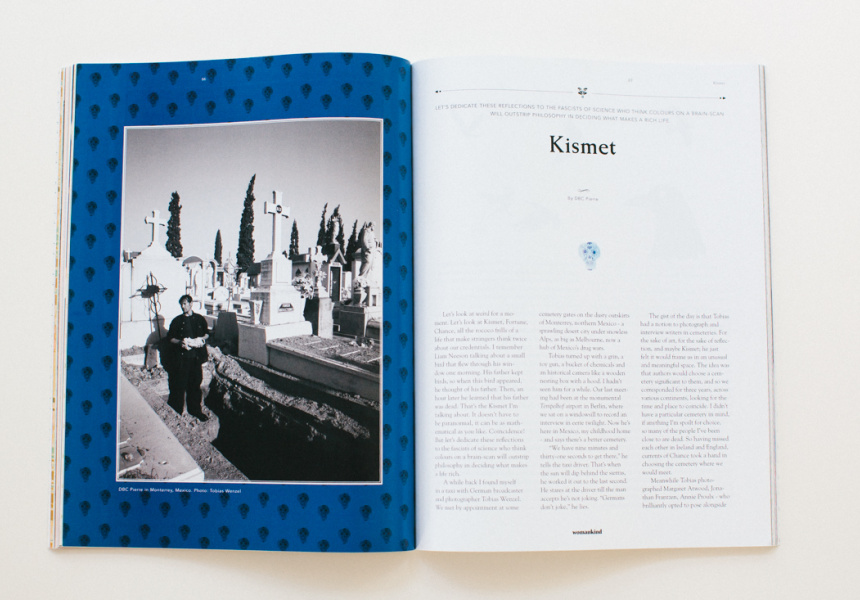 Among the large and diverse pool of niche publications released each year in Australia – undermining the idea that “print is dead” – is a new publication, Womankind. It was launched in July and is edited by Antonia Case, who is also the literary editor of New Philosopher (both magazines are published by The Bull Publishing). Womankind is a quarterly magazine for women, but is doesn’t tell you what to wear, how to style yourself or how to date men. There are no celebrities and no advertisements. It encourages its readers to think differently and examine our identities and the choices we are making.

Womankind’s themes will be based around a part of nature and a country; its launch issue concerns butterflies and France. The cover image is a collage of butterflies assembled to resemble the French philosopher Simone de Beauvoir, who is also the topic of a profile. A collection of quotes about the insect alludes to why they were chosen, for example: “If nothing ever changed, there would be no such things as butterflies,” is from author, Wendy Mass.

A number of articles point out influences on our lives – such as the fashion industry, our work, the products we consume – and encourage us to examine them and look at our lives more critically. “It’s for women – not a particular age group. A lot of women read it with their daughters who are 12. A lot of younger women in their twenties and older women in their eighties [read the magazine], the range is incredible,” says Case. Inside the cover you’ll find an article by author DBC Pierre arguing philosophy is as equally important as science in explaining phenomena. Another article looks at academia in Australia, grabbing our attention with the title ‘Why Do Australians Hate Thinkers?’

The look of most magazines reflects current trends in design and aesthetics, but Womankind is noticeably timeless. “It was a vision, there isn’t really anything else [like Womankind] out there,” says Case. Instead of archive photos of models to illustrate articles, there are illustrations, old-world paintings depicting women gazing wistfully into the distance. Articles are bordered with wallpaper-like patterns. Quotes from great thinkers are given whole pages.

Womankind is not an easy read – not because the ideas presented are complicated, but because it forces the reader to examine areas of our lives that we might deliberately neglect. The experience is similar to sitting down with a wise, older female friend, who cares deeply for our wellbeing, and being gently interrogated about the choices we’ve been making. Initially, guilt creeps in, and the questioning is unsettling, but by the end of the conversation, we feel inspired.

“That is our aim, definitely, to present information so people start reassessing their lives and their priorities. Our aim is to rattle people, wake them up,” says Case. We are just saying don’t hedge your identity on [fashion] because there are so many other ways for us to gain a sense of identity other than with consumer products.”

Womankind is available at bookstores, newsagents and art galleries around Australia. The full list can be found at womankindmag.com/articles/stockists.