A Surreal, Sculptural Takeover of the NGV with Louise Paramor’s Palace of the Republic 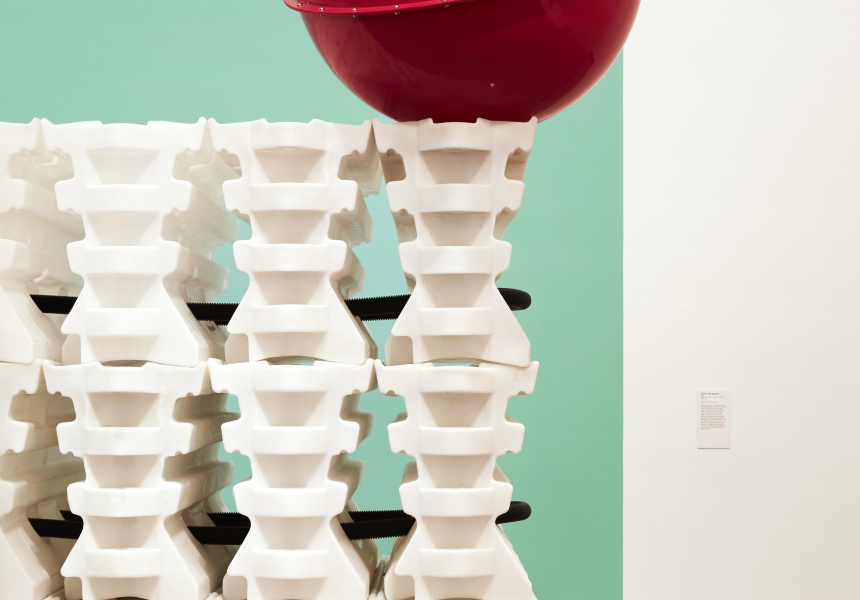 Renowned Australian artist Louise Paramor will transform NGV Australia into an immersive, surrealist landscape of more than 100 colourful sculptures with her solo exhibition Louise Paramor: Palace of the Republic.

Commissioned by the NGV in partnership with Deakin University, the bold and bright paper works use a honeycomb technique Paramor developed while working in Berlin during the late ’90s. The technique involves precise cuts of paper glued into layers, which are then pulled around a central axis to form works that reach up to three metres tall.

The pieces that make up the exhibition are a marriage of simple modernist forms and playful pop-art – baroque frivolity meets Willy Wonka meets The Jetsons.

Paramor is known for large-scale public art commissions such as a 2014 piece called North Polar, an upside down polar bear balancing plastic chairs on its feet. Ursa Major, featuring another polar bear (this time wearing a top hat), lives permanently in the backcourt of Federation Square.

The name of the exhibition refers to the now-demolished modernist German Democratic Republic parliament building Palast der Republik, which sat opposite the Baroque-era Berlin City Palace – both have influenced Paramor’s work.

A number of Paramor’s plastic sculptures will also be on display. Similar to her paper pieces, the plastic works feature vibrant pops of colour and loopy forms, which defy recognition despite their similarities to shapes and structures found throughout industrial design. These works range in height from 20 centimetres to three metres and were created over the past 10 years of Paramor’s career.

For a sneak peek of what to expect, take a drive along Eastlink where it meets the Peninsula Link Freeway – you won’t miss Paramor’s monumental sculpture, Panorama Station, standing guard.

Louise Paramor: Palace of the Republic is on at the Ian Potter Centre: NGV Australia from November 17 to March 12 from 10am to 5pm daily.