A new show at Mossgreen takes us through photographer Masayoshi Sutika’s four-decade collaboration with his most famous subject, David Bowie. 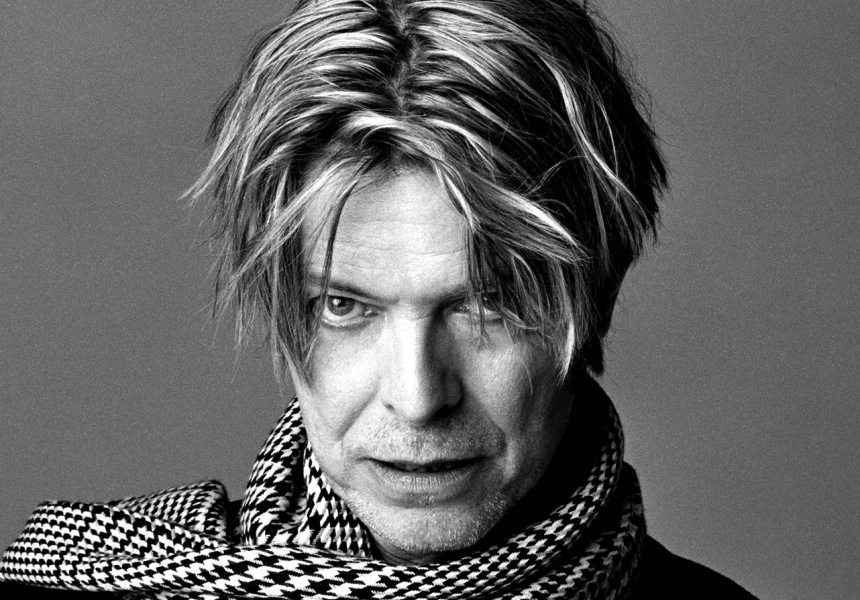 In London in 1971, photographer Masayoshi Sukita saw a gig poster for a David Bowie show. The poster showed an androgynous Bowie high-kicking on stage, his guitar barely visible.

“I didn’t know who he was,” Sukita tells me, 44 years later. “I initially thought it must be for some modern dance or ballet show.” Sukita was there to shoot T-Rex, but after seeing Bowie live (a double bill with Lou Reed, no less), he managed to arrange a shoot.

Sukita was already a successful photographer, known for portraiture and more abstract work. “I didn’t know anything about him, so I just focused on shooting,” says Sukita. There was also a language barrier to contend with. Regardless, something worked, and the two never stopped working together.

That long collaboration comes into focus at Mossgreen gallery in Armadale. It shows everything from mad early-‘70s outfits to the more subdued recent portraits. Bowie appears to be have been half a dozen distinct people across the years, but his relationship with Sukita has stayed the same. When Bowie passes through Japan, the two meet and a new photo shoot emerges.

Their most iconic collaboration is the cover photo for Bowie’s Heroes album, depicting Bowie throwing an odd, angular pose now inseparable from the odd, angular music behind the cover.

“It was a strange moment,” says Sukita. “He wasn’t looking at me, just posing, and I tried to capture everything.” When the negatives came back, Sukita circled the shot in red several times, and that strange moment was immortalised.

“I never shot him like a musician,” says Sukita. “He was purely a personality.” For Sukita, the art of the photographer lies in capturing that personality. Mission accomplished.

David Bowie Heroes runs at Mossgreen in Armadale until July 30.