Freewheeling food quarterly Lucky Peach proves that to score a cult following you first have to break all the rules. 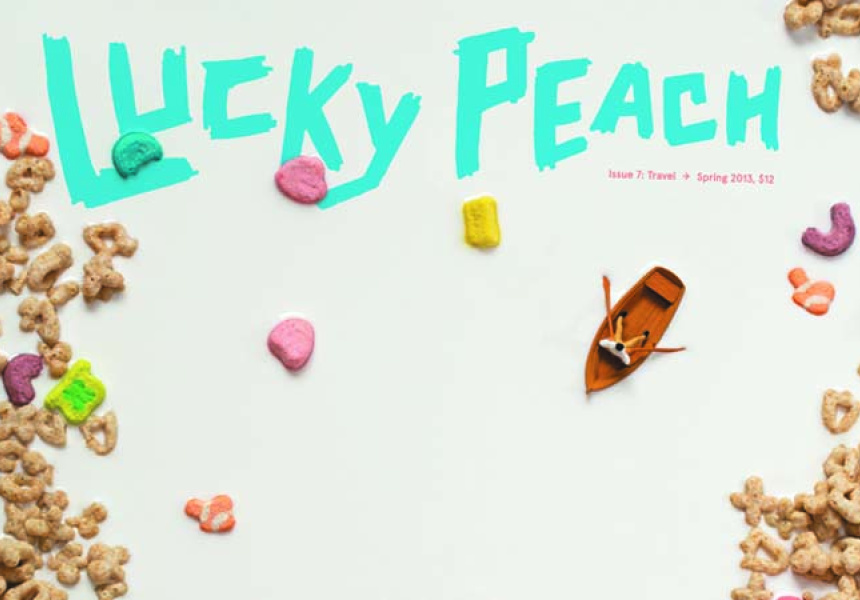 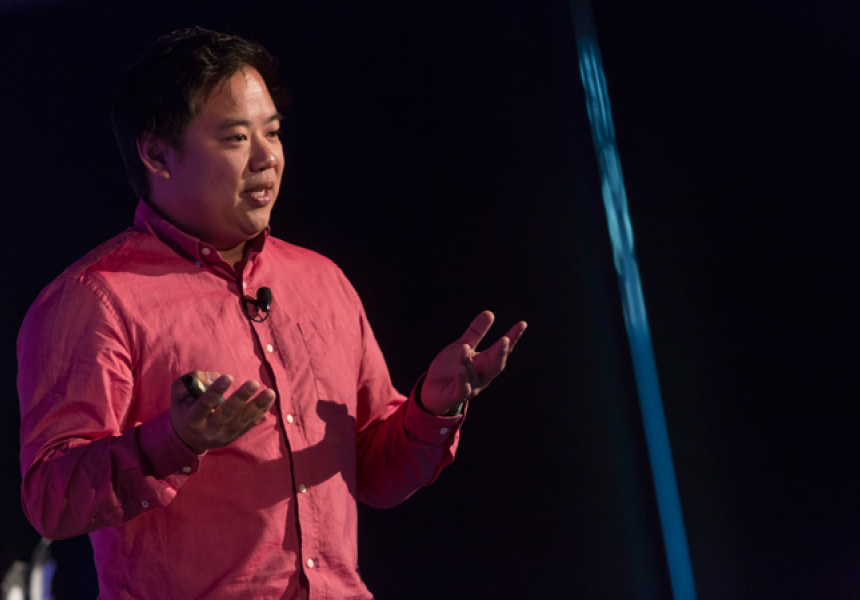 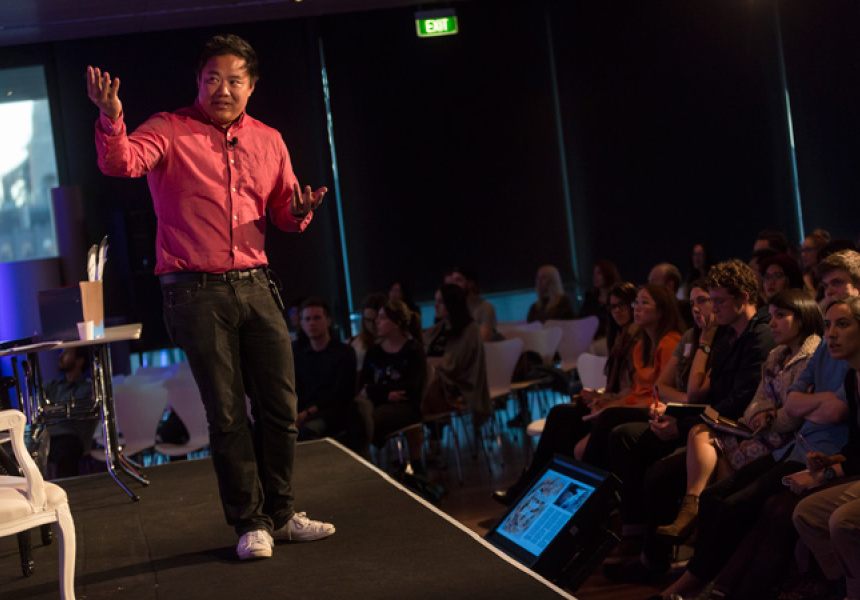 For Chris Ying, fun may just be the most tragically overlooked missive of independent publishing. The editor and co-founder of gutsy food journal Lucky Peach, who was in Sydney to speak at Vivid Ideas, believes that listening to tired business advice is no match for investing in the things that spark off-the-scale levels of enjoyment. Like scouring the world for the most addictive bowl of chow mein (the subject of a recent photo essay). Or making a 176-page, full-colour magazine that features a film column by Anthony Bourdain and articles by Sonic Youth bassist Mark Ibold, all the while managing the difficult task of turning every rule of food writing on its head.

“In 2009, I was working at [cult publishing house] McSweeney’s in San Francisco and we were putting together a newspaper with a food section. But it was just horrible, written by people who had never really read food writing. I emailed the publisher of Dave Chang’s Momofuku cookbook and heard back from the writer Peter Meehan and we spoke for seven hours about starting a food magazine,” he says.

“We were always told at McSweeney’s to just jump deeper into a project if it sounds fun. If nobody is making much money at a publishing house already, you might as well do fun things.”

It’s clearly dangerous to underestimate the power of fun. Seven issues in, Lucky Peach has seen its print run spike from 20,000 to 100,000 copies – a statistic that’s testament to reader demand. And Ying has nailed the difficult balance between irreverence and intelligence, thanks to an editorial logic that runs long-form essays on the way Chinatowns capture the imagination of big cities alongside dumpling recipes written entirely in haiku.

Ying also thinks that Lucky Peach owes its success as much to the way food has become part of popular culture as to the fact that the magazine is partly masterminded by cult chef David Chang.

“Food has definitely become its own pop culture edifice. In the last 15 years, it’s grown into this major thing. I think Anthony Bourdain’s book No Reservations was a big part of it, as was the Food Network,” says Ying, who also designed and edited the first McSweeney’s cookbook Mission Street Food.

“It’s had a really big impact on a lot of chefs I know.”

Unsurprisingly, Ying isn’t a fan of mainstream food publications but is obsessive about reading The New Yorker – a magazine that manages to blend the highbrow and lowbrow with aplomb. “It’s unbelievably good,” he enthuses. “Dave Chang likes to play tiger parent – he likes to yell at me after reading an article in The New Yorker and scream, ‘Why didn’t you do that’!”

Ying also remains passionate about the fact that the digital onslaught doesn’t come close to the magic of holding a magazine in your hand, a belief that underpins his hopes for Lucky Peach’s future.

“I’ve invested my entire life in publishing and it will be sad for me to believe that there isn’t a sustainable independent publishing model out there. I really want for it to be a reality. I want Lucky Peach to be a strong magazine that pays its contributors well and doesn’t require us to kill ourselves in the process. I think that’s within reach.”