The Life of One Pig

One of Britain’s most celebrated electronic musicians, Matthew Herbert is bringing his most controversial musical work to Australia. In documenting the life of one pig, Herbert suggests that we need re-establish a connection with the food we eat. On the penultimate track of Matthew Herbert’s album, One Pig, you can hear a table full of people chewing and slurping on the remains of a cooked pig. It’s not an unfamiliar sound – you hear it almost every time you go out for dinner – but in the context of the collection it proves incredibly weighty, and undeniably vile. The song is called August 2010 and it’s the ultimate end to a pig’s life, a life that lasted just 24 weeks. Across the nine tracks that populated One Pig, Herbert records every major sound in one pig’s short life: birth, feeding, butchering and the eventual end.

“It’s the first time that I know of when, in music, we’ve listened to a life from birth through to an afterlife,” says Herbert, speaking over the phone from Hong Kong, where he is visiting his son before coming to Australia. “We hear a pig being born at the beginning and we hear it take its first breaths, and then towards the end we hear those same lungs having the air being beaten out of them by a butcher. It’s quite a brutal process, regardless of how you feel about eating meat. It’s still a harsh and difficult and uncomfortable reality.”

While Herbert approached the project with a sound political objective in mind, One Pig has been met with criticism from animal rights group, PETA (People for the Ethical Treatment of Animals), who forward the view that the life of one such animal is not meant for entertainment. Herbert says the record is a comment on the way humans consume meat – an avant-garde musical frontier that is more documentation than impressionism. But with controversy comes phone calls, and Herbert says that there’s a constant stream of people taking offence and voicing their concerns.

“I think the most annoying thing for me is that they (PETA) seem to totally misunderstand the basic principle of what I’m doing,” explains Herbert. “I think a revolution in music has happened. For the last four million years it’s been full of impressionism, so if I wanted to write a piece of music about a pig or my girlfriend, I had to try and emulate the kind of emotions that I might feel,” he continues. “But with the invention of the microphone and the tape machine you can turn real things directly into music. So it’s not impressionism anymore – it’s a form of documentary, really.

“I understand PETA don’t want animals to be killed for food, but I wasn’t killing animals for food. I was just recording that process and turning it into music. I think it’s ironic that at some point in the debate they always say, ‘We just want to give animals a voice’. Is that not exactly what I’ve done?”

In early 2012, the highly articulate Herbert posted a conversation he had with Jobst Eggert, editor-in-chief of PETA Germany, on his website. Apart from being resolutely opposed to the idea that Herbert had given the pig a “voice”, Eggert attacked the producer’s live show, which features three unconventional instruments: a wind instrument that uses pig blood, a pig-skinned drum and a chef cooking pork in a fry pan. In response, Herbert said the reason for using props is to demonstrate the lack of connection humans have with their food.

“We’re so detached now from the consequences of our actions,” he says. “We can walk into a supermarket in England and it has over 45,000 different products in it, yet, we don’t know the stories of how the products got there. We can do these things without having to face any of the actual consequences of it.”

One Pig is the third in a trilogy of albums in which Herbert explores music as a form of documentary. He developed his unusual approach in a rather typical way, working as a producer in England, programming and remixing songs for Bjork, Moloko and Alter Ego. He’s a prolific writer in a conventional sense, releasing music under several different names. Between five main monikers – Doctor Rockit, Radio Boy, Mr. Vertigo, Transformer and Wishmountain – Herbert has released more than 20 full-length albums, and worked with artists all over the world. But since the release of the first album in the One Trilogy, titled One One, he’s straddled a more political bent.

On one of his early political works, for instance, he asked a group of Palestinian soldiers to submit their most loved and most hated sounds and, since it’s less controversial than dealing with animals, he hopes to pick the project up again soon.

“In 2008 I did an album called There’s Me and There’s You,” he says. “One of their most hated sounds was of Palestinians and protestors being shot at. The piece of music had people being shot in it and it had no controversy attached to it at all.”

It was on There’s Me and There’s You that Herbert first realised he was crafting out a new genre, which mixed conventional electronic influences with observational recordings. On One Pig, it seems that Herbert has finally found a mix he is happy with. Though, with such an unconventional approach, it’s almost certain he’ll receive more than a few letters of complaint.

Mathew Herbert is performing One Pig at The Melbourne Recital Centre on April 13 and at The Standard in Sydney on April 10. For more information, you can visit his website. 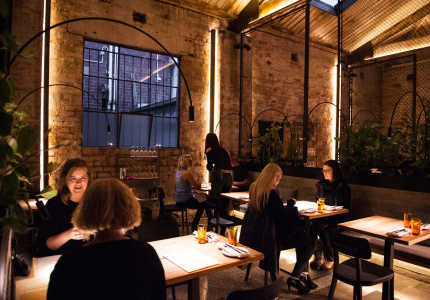 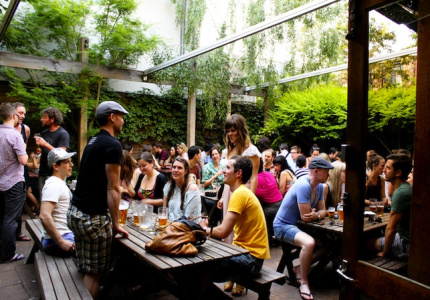