The Lexicon of Lucas on Hosier Lane

A bright new mural - inspired by text messages - and other works by Lucas Grogan can be found outside Movida on Hosier Lane at Citylights Projects and Until Never Gallery. 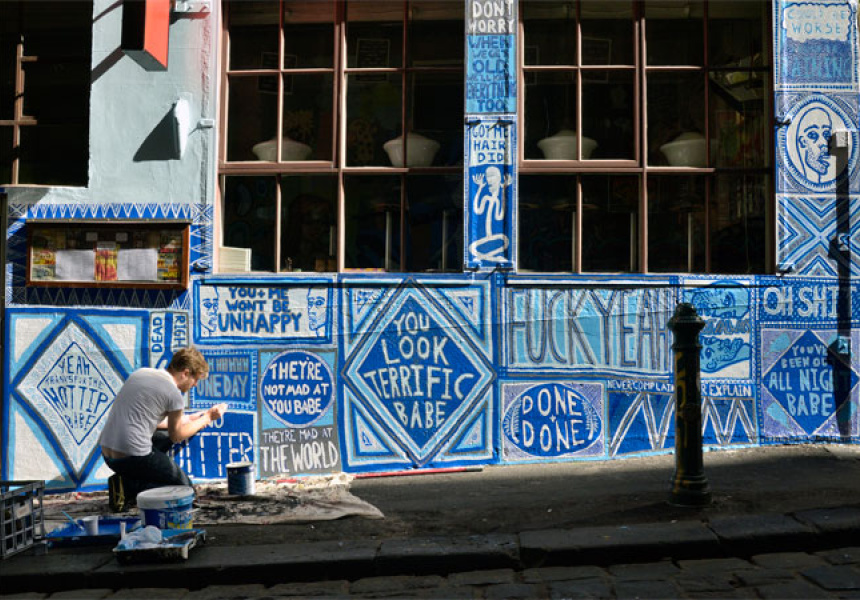 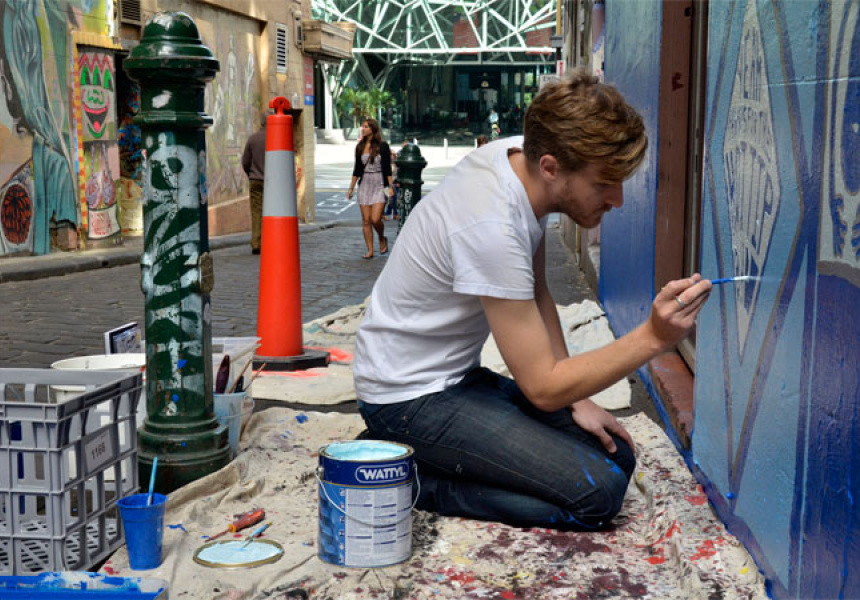 While most of us were lazing around over the Easter break, Melbourne artist Lucas Grogan was feverishly creating a maelstrom of cerulean colour outside Movida, an undertaking that took three 13-hour days to complete.

You look terrific babe! is a text based, hand-painted mural that references a myriad of cultural sources, including spiraling island metaphors, Federation quilts and humorous fragments of the Australian lexicon.

The project was commissioned by Citylights Projects, who responded to a request by Movida for a new, dynamic artwork to adorn Hosier Lane. Citylights director Andrew Mac says the brief entailed no graffiti to provide a point of difference from the surrounding laneway. “Lucas’s work has a beautiful combination of elements,” says Andrew. “It has a lot of text, which is something that is missing from the street. And the Moorish influences link with Movida beautifully.”

Grogan brings text to the forefront of the street art medium, employing sarcastic quotes that jump out at the viewer – famous, overheard and everyday sayings. Many of the phrases draw on the shorthand style of text messaging. “good to see you too babe” is immediately familiar, while “never complain, never explain” is a bona fide Kerry Packerism. Grogan says the phrases can be interpreted in a positive or facetious manner. “They are sarcastic, but at times they’re also painfully honest and sincere.”

The idea of sanctuary is one that permeates Grogan’s work. The spiral quilt motif is based on the ritual whereby friends and family members would collect patches with folky images, phrases or prayers. “Once collected, they created a warm, safe and protective quilt for the owner,” Grogan says. “That’s what I wanted to do.”

Lucas Grogan’s Backchat exhibition at Until Never gallery runs until May 21. 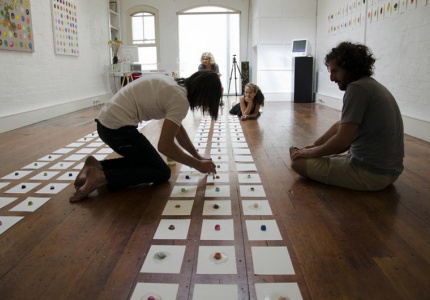