Let There be Light 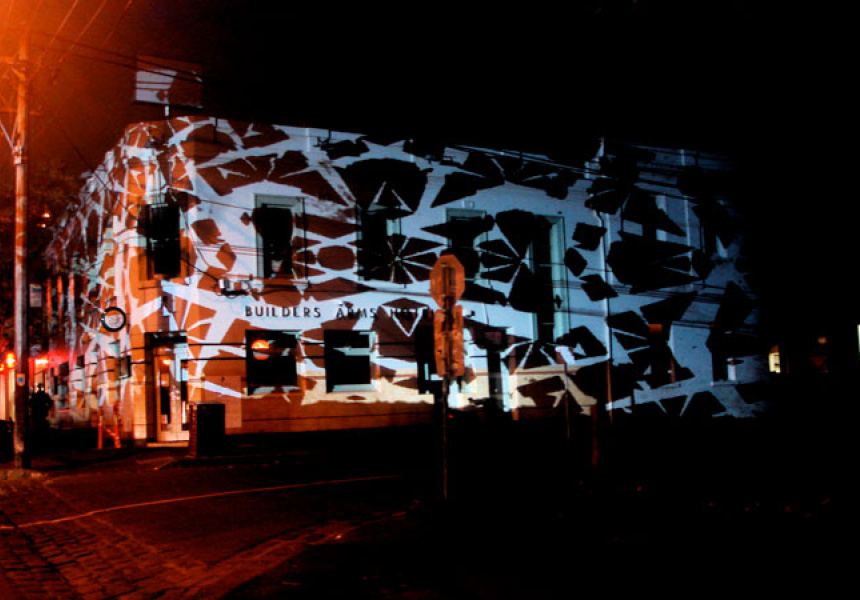 One of Melbourne’s oldest neighbourhoods has turned nocturnal. As part of the State of Design Festival, the Gertrude Street Projections again hold the night in thrall as facades along the landmark strip come alive. Through a technicolour array of animation, short film, photography, and video art, this year the projections include sixty-four disparate pieces of work responding to the theme of Me You Us. It is an open air gallery that is second to none.

For local residents responsible for the light show, Kym Ortenburg and Monique McNamara, the festival not only celebrates a thriving sub-culture of art and the virtues of accessibility and inclusiveness. It also shines a light on the street’s rich history and diversity; instilling a sense of pride, belonging, and ownership in the process.

“We’re facilitating an understanding of what projection art actually is,” says McNamara, “how the medium works as an art form. We’re giving profile to artists who are pretty much still in an underground scene.”

It’s also about bringing the community together and starting a conversation. “It’s saying, instead of one culture taking over, let’s recognise each other. Instead of ‘Gentrification’, we call it ‘Gertrification’,” she laughs. “We’re all existing in this one space, so let’s start that dialogue about what we all want, together.”

"As a theme, Me You Us supports our relationship with the environment and with others," McNamara continues, "it's about connection. The festival brings the art to the people in the street, and it’s accessible to every layer of our community. For those who might feel uncomfortable going into a gallery, or those that might not be able to afford it, we’re really proud to say we’ve accessed all those people.”