Just two months after it became the largest city in US history to file for bankruptcy, Detroit is gradually rising from the ashes – and Melbourne’s own Laneway Festival is playing a role in the city’s regeneration. 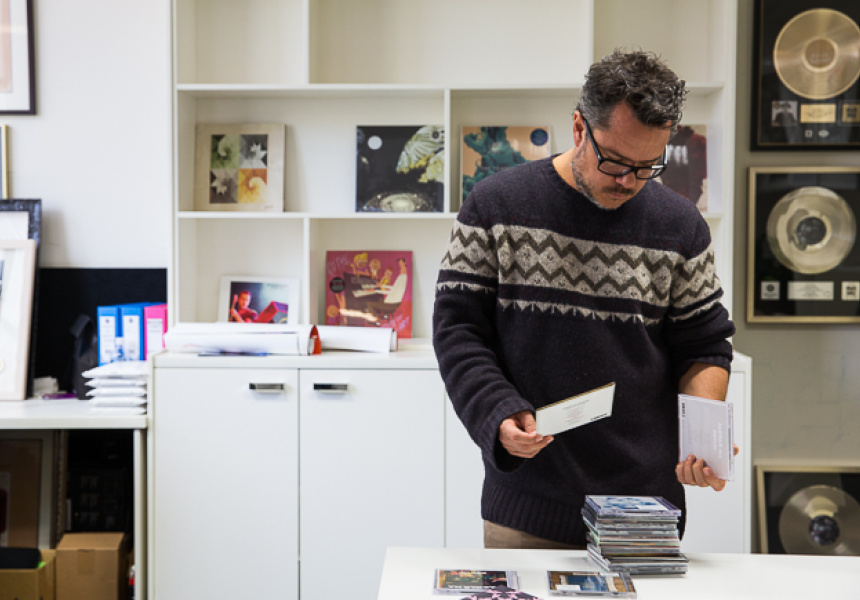 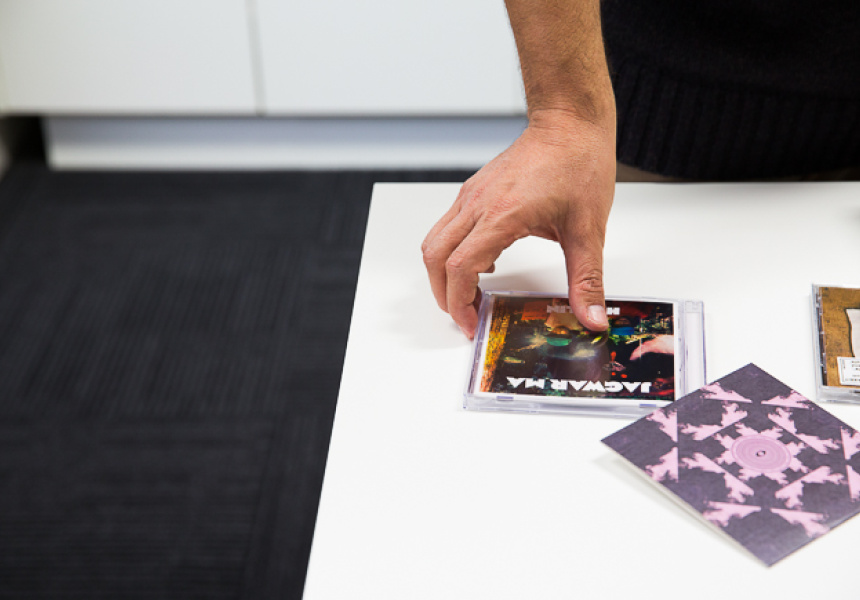 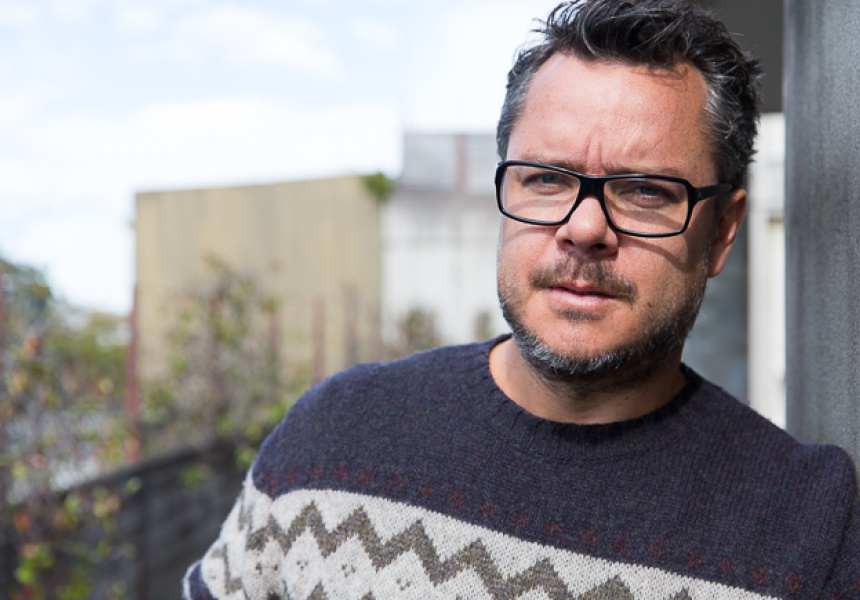 In 1960, Detroit was the fourth largest economy in America and a symbol of pride, prosperity and manufacturing in the United States. It had the highest per-capita income in the developed world and it was the home to the world’s three largest car companies. It was a cornerstone of the American economy, offering 300,000 jobs in manufacturing. It was also home to the prodigious Detroit Pistons.

A little more than 50 years later, in July this year, Detroit became the largest city in US history to file for bankruptcy. Those 300,000 jobs became 30,000 and about one third of all houses in the Detroit region turned derelict or abandoned. As American manufacturing moved offshore in the latter part of the 20th century and the ‘Detroit three’ – General Motors, Chrysler and Ford – suffered in the downturn, Detroit became something of a ghost town.

But just as a forest regenerates after a fire, the boarded up houses, abandoned shopfronts and corporate headquarters are being filled once again, this time with young artists and entrepreneurs who see opportunity in a city that has taken a blow. In the wake of Detroit’s economic setbacks, the city is now developing a new culture and gentrification is happening fast, with art, culture, food, music and – strangely enough – two Australian promoters working busily at its core.

Those promoters are the founders of St Jeromes Laneway Festival, Danny Rogers and Jerome Borazio, and on September 14 they’re taking on their most ambitious project to date. The plan is to move the Laneway Festival model – that we’ve seen work so successfully in Australia and New Zealand with alternative bands, boutique food and drink offerings – to Detroit. Rogers and Borazio have secured an unlikely coup, bringing some of the best alternative music acts to the green at Oakland University, with Sigur Ros, Flume, The National, Solange and Savages all onboard.

Known for their attention to detail and integrity, Rogers and Borazio keep all of their festivals at a reasonable size. They don’t let the crowds swell over time, take on massive sponsorship deals or ramp up drink prices. Instead, they have gained the affection of Michigan promoters because they keep sponsorship at a minimum, the food fresh and local, the toilets abundant and the acts on the cusp of greatness. At Oakland University this September, they’ll be working off a similar running sheet, showcasing local markets and culinary heroes and, of course, supplying locally brewed beers.

We spoke to Danny Rogers about the scene in Michigan and why Detroit, of all cities, is the perfect place to start a music festival.

Nicholas Acquroff: Can you tell me about Laneway Detroit?

Danny Rogers: Yeah. It’s been a fantastic experience putting on an event in America and in a place like Detroit. The way it came to fruition is that we were approached by an international music agency who book a lot of talent. They book bands like MGMT and Jesse Ware, who played last year, Tame Impala and a lot of great international acts. The head of music there is a friend of mine and he really loved Laneway and thought it was a fantastic event. He has a partner who has a big music promotion and sports marketing company, with the Detroit Pistons in Michigan and stuff like that. The brief from the company was to try and get an international, cutting edge event to try and come to Detroit…

Something instinctively struck me when they said Detroit. It just stuck with me. I thought: “Detroit, fuck, that sounds off the wall, and the last place most people would ever think an Australian festival would land.” So I said, “Let me come over and have a look at it and meet these people.”

So my partner Jerome and I went over there…I remember being on the freeway and looking over to him and saying, “I’m sorry man, I’m sorry.” And he was like, “Don’t worry man, we’ll have a great time.” But I was thinking, “What the fuck are we doing here, this is crazy.” We ended up doing a few days there and just felt compelled, that if these guys could really see it through and were genuine about wanting to bring it over, we would give it ago. We thought, “This is a great story, and something we can tell our friends for years.” It’s a creative endeavour and it takes us back to what Laneway originally was: a couple of mates just putting on a festival in a laneway in Melbourne.

NA: Detroit has been in financial and infrastructural decay for decades. But you talk about a sort of cultural revolution, if that isn’t too big a term. What does that revolution look like and how do you tailor Laneway to the culture in Detroit?

DR: The revolution, if you want to call it that, the changes and the gentrification are in their really early stages. But two things happen when cities are on their knees: firstly, property values drop to all time lows, which is certainly the case. And in the case of most of Detroit, if you’ve got a loan of 200K to pay off a home loan for example, then your property is probably only worth 100K. So you just default your credit. In some cases, people board up their houses or burn them down and leave.

It’s literally that simple. So you drive through suburb upon suburb of Detroit and it’s eerie man, because a lot of the architecture and these places where middle class suburbs in the 70s. So it’s just super-confronting. But people have stayed and people have moved in and a lot of artists have come. Because you can rent a massive warehouse in the middle of Detroit – like the promoters of Movement Festival, who we’ve worked with over there have done – but you wouldn’t pay more than $500 a month. If that was in Chicago or Melbourne you would be paying 15 or 20K a month.

There are also exciting things happening. There’s a Wholefoods – it’s like a boutique organic food chain that runs in America. One of those is about to open up. There’s a couple of galleries, a couple of really great restaurants and another restaurateur that is about to open something in the next six months, which will bring people there because of his name… YouTube and Google are doing stuff, Nike are doing a pop-up thing there. There are lots of cutting edge companies doing things there. It’s a fascinating place, and people get there and go, “Fuck, this is like a blank canvas, it’s a ghost town.”

Thirty years ago, this was the third most prosperous city in America. There’s a lot of wealth, you drive past these huge marble buildings and you’re thinking, “What the fuck, that’s empty and I could buy this building for like $9 million”… Not that I have it.

NA: I love that when places bottom out, the first thing to move in is a really pure, really intense form of culture. It becomes almost poetic and a place for artists.

DR: Absolutely. Those people come and what will happen is there will be more and more artists – there’s a lot of urban farming happening there now too. If you can imagine, it’s a very sprawled out city. Literally, if you can picture driving from Carlton through to Northcote, picture that being house after house just empty. It’s fucking crazy! Imagine what that looks like. But now you find little pockets of urban farming and artist retreats and you’re like, “Oh wow!” You just get these little flickers of what’s going to happen.

Without trying to sound like I’m some cultural visionary or something, I’ve lived in cities over the years and I’ve spent time in the down-and-out parts of those cities. East London is a good example and parts of Brooklyn where I lived – Bedford-Stuyvesant and Williamsburg. These places, 15 or 20 years ago, were ghettos. They are on the edge of thriving cities, so the gentrification has happened at a super fast rate, but you do see change and it does make you realise that it doesn’t take long for something to turn around.