Europe’s celebrated Kubik is ready to brighten up Melbourne Music Week this week with illuminating design, a great music line-up and a French-style cafe. 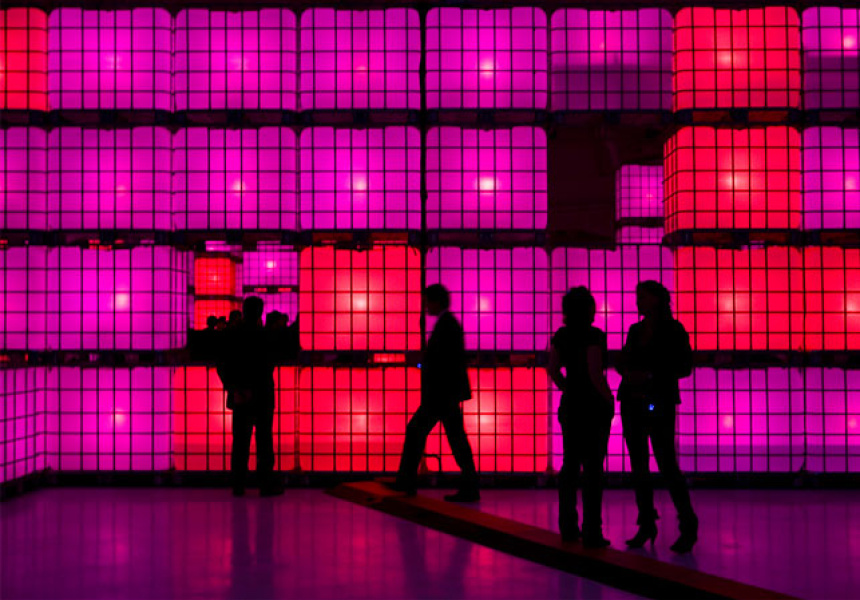 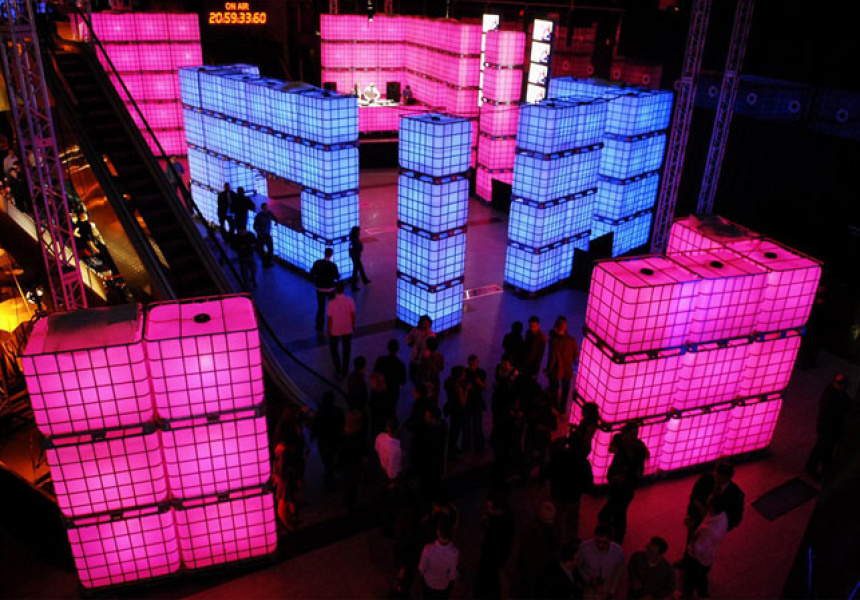 Melbourne’s independent music scene has long been embraced as a cultural treasure and our musical gene pool is one laden with talent. The city has consistently fostered musical prodigies, from respected underground acts to national icons.

Melbourne Music Week was inaugurated in 2010 as a weeklong celebration that set out to unite and empower the myriad of groups, genres and lineages that make the Melbourne music scene whole. Returning in 2011, Melbourne Music Week has turned up the volume in collaboration with Europe’s Kubik.

Kubik is an outdoor live music venue constructed from light-filled industrial water tanks, seeking to enhance the interaction between light, design, sustainability and electronic music. Kubik will illuminate the sound of summer at Birrarung Marr in a Southern Hemisphere premiere, establishing itself as the hub for Melbourne Music Week.

And in the light of the morning, Kubik plans to ease that pounding headache in collaboration with South Melbourne’s Chez Dré, with the venue transforming itself into a French-inspired cafe. Kubik will also play host to a range of workshops and events, including musical clinics and a ghetto blaster picnic.

Kubik will be located on the lower terrace of Birrarung Marr. Melbourne Music Week runs from the November 18–26.