The Kids Today in Palo Alto

After a limited season at ACMI, Gia Coppola's Palo Alto begins its run at Elsternwick's Classic Cinema this week. We've got tickets to give away, and spoke with filmmaker Gia Coppola about fate, family pressure and finding an artistic outlet for teenage angst. 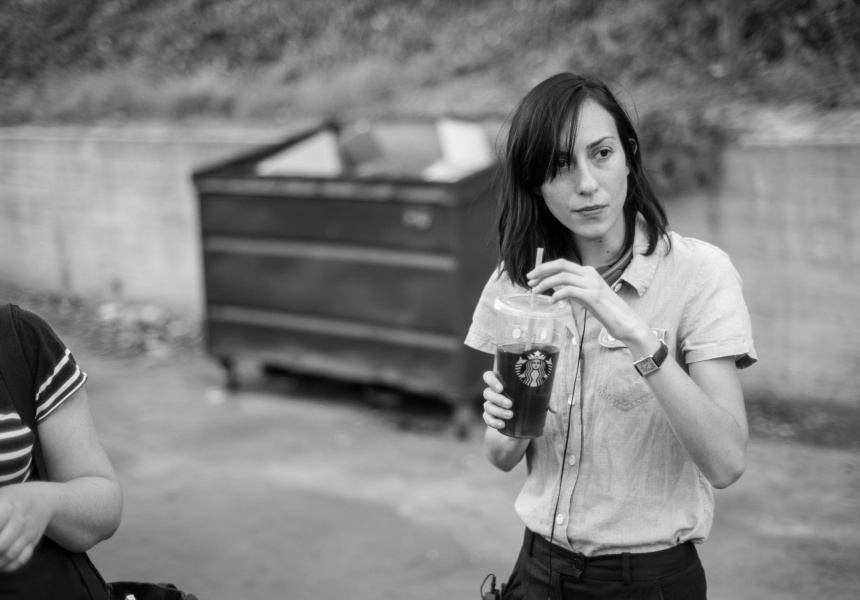 In the creative challenge stakes, finding your voice and mustering the courage to use it is up there with practicing your craft while paying the rent. But if your grandfather produced The Godfather trilogy and your aunt writes the kind of Oscar-winning screenplays responsible for giving ennui its own cinematic language, gaining credibility as an artist can be even more complicated.

“I think that’s maybe why I’d never really considered filmmaking as a career,” Gia Coppola tells me over the phone, her drawn-out syllables the legacy of a childhood split between Los Angeles, Europe and her grandparents’ Napa Valley winery. “But when I met James [Franco] it all just fell into place. It felt just like I was making a small project with my friends and I forgot about what you actually have to do to get a movie out there. I learnt so much from my family and they’re so supportive so now it never really feels like a problem.”

Coppola is talking about Palo Alto, a film that was adapted from a short-story collection written by James Franco. The stories observe a group of Californian teenagers who float between listlessness and self-destruction in a way that feels universal and specific at once. The movie features the cursory empty-sex scenes, hellish party sequences and drug-fuelled parking-lot montages – tropes of wasted youth that owe their lineage to Brett Easton Ellis, and that are enacted with precision by Emma Roberts, Jack Kilmer and Nat Wolff. The film shows bleached skies and sugary bedroom shrines and feels tailor-made for the Tumblr generation. This gives it its power and prevents it from devolving into cliche.

Coppola’s own Tumblr splices together Instagram images from the film, enviably casual selfies and shots of artful clutter that could have been lifted from a gallery. And Palo Alto’s sense of the unexpected has roots in real experience.

“I met James in a really random way after I’d just finished college for photography in Upstate New York,” says Coppola. “I was just figuring out what to next. I was working a bartending job but I wanted to try something that I was creatively interested in. I saw James in a deli and then ran into him again and it was this serendipitous thing. We started talking about photography and how much I loved his show Freaks and Geeks. I showed him my photos and he really responded to them, told me that he’d just written a book and was looking for a director and asked if I was interested. I was excited by the challenge.”

Coppola – who is named after her late father Giancarlo Coppola, a filmmaker who died in a speedboating accident when he was 22 – says the book’s authenticity was the basis for her attraction.

“When I started making the film, I was at a good age because I was personally reflecting on my own teenage years and could understand them better because they weren’t so far away,” says Coppola, who’s admitted to weaving incidents from her own teenage years through the film. “It was such a collaborative experience and I was working with people I was really comfortable with. I felt really safe.”

“Everything kind of felt like fate,” she says. “I knew Emma from Los Angeles and had this gut instinct that she was the right person. I kept bumping into her, we got along really well and I knew she was someone who I could take care of as a first-time director. And I’ve known Jack since he was a little boy. I’ve seen a lot of young actors but was captivated by him. He’s a real teenager, which is interesting enough, but he has a quality that makes you just want to watch him.”

But despite Coppola’s birthright she’s learning that committing to life as a artist means that roadblocks are part of the process.

“I didn’t realise how heartbreaking it could be to get financing. I didn’t think this film was going to happen for the longest time but I kept holding on because it was hard to let go.”

After a brief run at ACMI, Palo Alto begins its official theatrical release at Elsternwick's Classic Cinema on Thursday, August 14. Broadsheet has two double passes to give away to any in-season screening. Simply email win@broadsheet.com.au with 'Palo Alto' in the subject line to enter.