The Key of Sea

A creative articulation of our multicultural society, recording project The Key of Sea pairs Australian songwriters with musicians who’ve crossed the sea to call Australia home. And while the project isn’t designed to make a political statement, it teaches every collaborator a lesson in the art of acceptance and compromise. 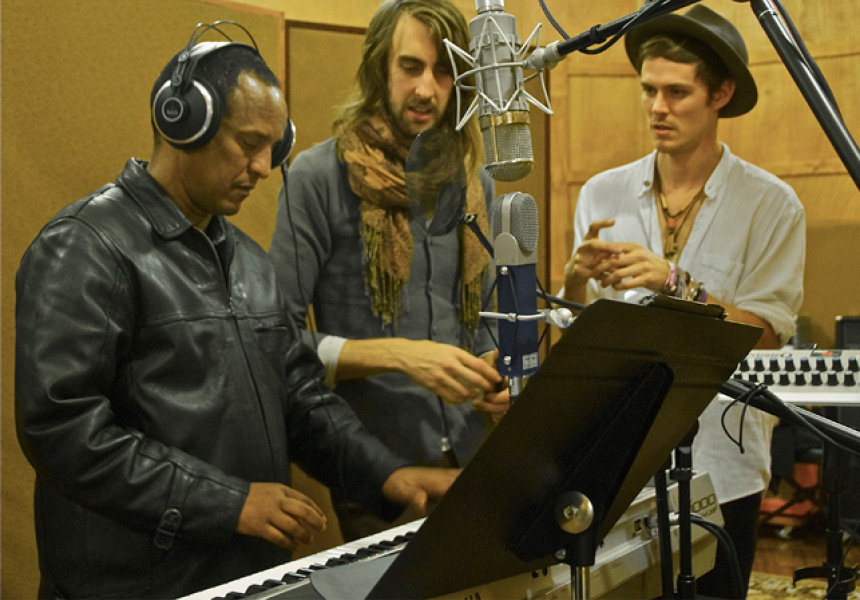 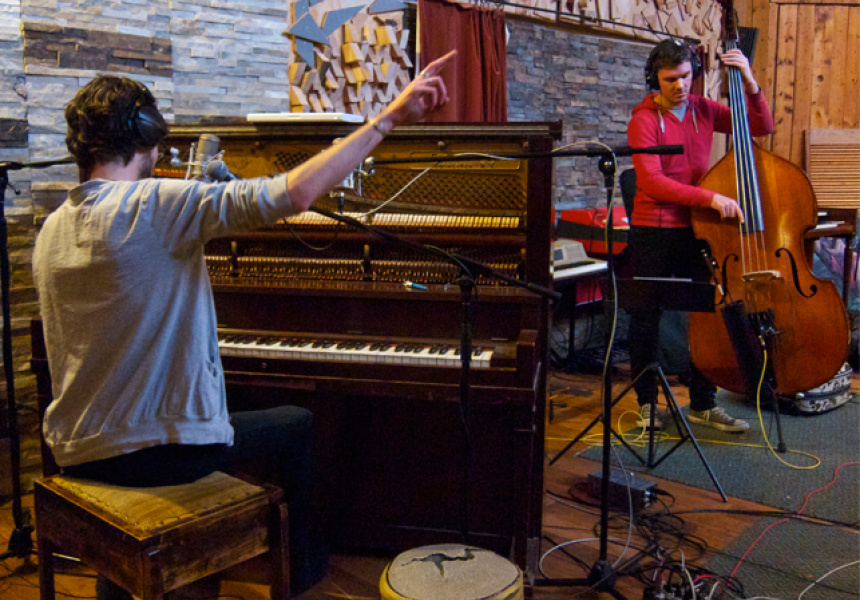 The Tiger & Me with Murtaza Jafari

At midday on a Tuesday afternoon in the heart of Melbourne, people scurry through the doorway at the Arts Centre and into Hamer Hall, where we’re waiting to meet Romani Benjamin, the co-producer of The Key of Sea. Benjamin arrives at 10 minutes past, greets me with a frantic handshake and invites me outside to a seat at the adjacent coffee shop.

When we finally sit, she tells me that Awaz – one of the collaborators on The Key of Sea Volume Two – should arrive shortly from the train for an interview. “His English isn’t very good over the phone,” she says. “I thought it would be easier if we all met in person.”

Benjamin and her partner on The Key of Sea project, Hugh Crosthwaite, had a novel idea in 2010: they would produce an album that paired native Australian musicians with those who’ve crossed the sea, escaping hardship, war or persecution to find new homes and indeed, music careers, in Australia.

The result was quite profound to say the least: a quintessential Australian album that mashed cultures and genres, acting as a wider metaphor for Australia’s multicultural society (at times wayward and confused, but mostly somewhere near a good compromise).

Tim Rogers, Sarah Blasko and The Cat Empire moved out of their comfort zones on Volume One, adding flavours of Kurdish folk, bossa nova and traditional Ethiopian music to their varied takes on Western pop. Sixty per cent of profits from album sales and the like were then channelled to the Asylum Seeker Resource Centre (ASRC).

We’re meeting today to discuss the release of Volume Two and the looming concert at Hamer Hall, which features Australian artists such as Chet Faker, Sophia Brous, Lanie Lane, Jinja Safari and Paul Kelly. The sheer scale of the concert causes Benjamin much anxiety at first mention. She turns to her press agent in a huff and says, “We have to sell 2000 tickets Tim, have they started moving yet?”

Over coffee, our conversation takes a turn toward one of the project’s central tenets. Benjamin urges that politicians overstate the asylum seeker issue in order to sway the electorate. “We made the album to remind everyone that this isn’t a new issue and that it shouldn’t be scary,” she says. “It’s a positive way of presenting immigration and refugees.”

A few minutes into the conversation, Awaz shuffles up. He’s handsome, well dressed and carrying an unusual instrument. He greets Benjamin, who proudly introduces him. He speaks slowly in broken English, admitting the album was the only way to thank the ASRC, who helped him find a home when he first moved to Australia. “I can’t do something for them, but this is the one way I can help them out,” he says.

A few days earlier, chatting over the phone from her home in West Melbourne, Sophia Brous described her collaboration with Awaz as “an opportunity to connect through mutual uncertainty”. Brous and her recording partner toiled for several days over their track Come Along. The manifestation was homage to Awaz’s uncertain status as a refugee in Australia.

Kurdish-born Awaz fled from Turkey in 2008 before eventually landing in Australia last year and applying for refugee status. He was only granted protection this year, ironically, during the recording process. The pair formed a lasting bond on the way to recording their “weird, cosmic lullaby” in July, and have stayed in touch ever since. “I hope we’ll play again and remain friends,” said Brous.

According to Nick Murphy who plays under the Chet Faker moniker, the message behind his contribution to the record wasn’t explicitly political. “We didn’t get right down into the stories, because the conversation came out in the music,” he says. Murphy played with South African jazz band the Royal Swazi Spa and expects that they’ll play again down the track. “I can’t overemphasise how good these guys are,” he says. “Most of these cats have been playing longer than I’ve been alive.”

While Murphy and Brous are the commercial drivers of their collaborations, both artists were heavily influenced by their partners. It’s a theme that continues across all 11 songs on the album; most songs are inspired abroad, taking only melody lines and vocals from Western music. The international contributors include Kinfe Geshu, who adds vocals and percussion inspired by his Ethiopian background, to a familiar Jinja Safari backdrop in Silence of the Gun; The Cambodian Space Project, who made a distinctly Cambodian pop song with Paul Kelly; as well as Murtaza Jafari, Alex Toumazos, Adam Starr, Hein Arumisore, BCR and Sunameke.

So what do you get when you gather a bunch of Australian musicians from different backgrounds, with different musical taste and education, to make an album? You get a microcosm of multicultural society, and a uniquely Australian collection of songs. “We didn’t think the idea would go this far,” admits Benjamin, as we pay for coffee. “But we’re already looking forward to Volume Three.”

The album is in stores now. The Key of Sea concert is on at Arts Centre Melbourne, Hamer Hall, on December 14.