In his playful new commission for the Australian Centre for Contemporary Art, leading Glaswegian artist Nathan Coley reroutes our engagement with architectural space, with a hand from Cate Blanchett. 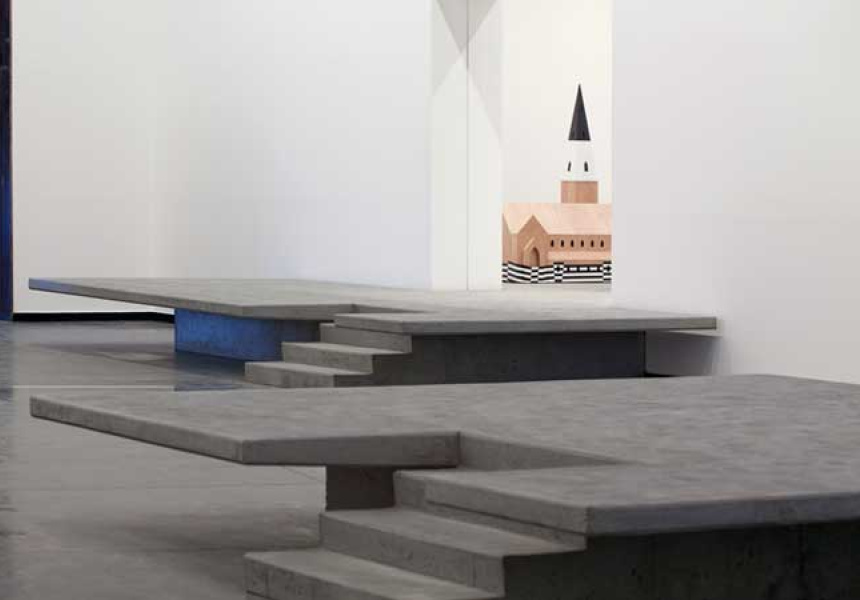 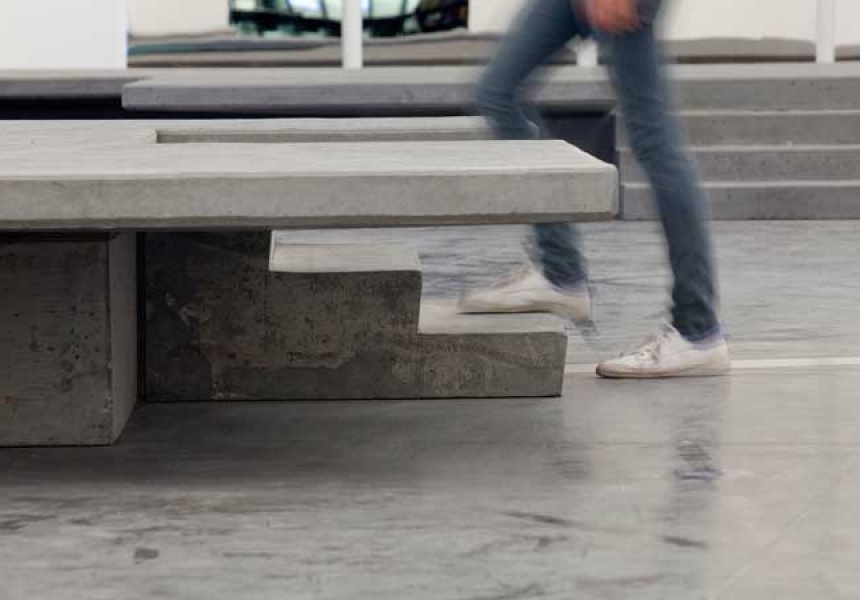 The notion of spatial practice tends to send a shiver down the spine of many an art observer. While the idea of artists engaging, configuring and subverting architectural elements of the gallery space as part of their artistic language is nothing new, its rampant proliferation in recent years has left plenty of art lovers hankering for the simple prospect of a painting hanging on a wall (as opposed to, say, a haughtily justified hole sawn in a wall).

Scottish artist Nathan Coley has built a career on spatially and architecturally themed works and interventions. The difference is, he does it well. His often-playful works hinge on ideas surrounding how we experience and interact with particular spaces and the expectations and prejudices we bring to them. His work has spanned rescaled and re-imagined architectural replicas and elusive text works, such as famed scaffold and text work, Heaven is a Place Where Nothing Ever Happens (2008), which was installed on the ACCA forecourt for the 2010 Melbourne International Arts Festival.

Appearances proves a revealing title for his vast, multifarious new commission at ACCA. Adopting several modes of practice – assorted strains of sculpture, text, video and mirror works – and co-opting almost the entirety of the ACCA space, Coley prods, pokes and provokes us to arrest our learned behaviour and thought. It starts from the moment we enter.

Three ambiguously shaped concrete platforms or plinths dominate the space. Hard-edged, bold and modernist in character, they float three steps up, just above knee level. Though geometric and almost severe in character, they’re also loose and undefined. Just what they are – oddly decorative plinths, half-completed architectural structures or odd abstract sculptures – remains unclear. But there are hints. A light box mounted on the right wall of the space as you enter urges us to “TRESSPASS AND LOITER”; a grid of eight tall, rectangular mirrors throw a warped continuum of space back on itself, slightly altering our perception of it as we wander amid and atop the platforms; a light sculpture mimics the foliage of a tree. That we are invited to walk, sit and – in essence – play atop the works feels a kind of guilty pleasure.

There’s plenty more to Coley’s Appearances. A space to the left, which can only be entered via the first of the platforms, reveals a tiny replica of Melbourne’s Scots’ Church, the model basking in the salacious light of a text work reading “NEVER TRUST A LOVING GOD”. In the rear space, Coley’s hilarious video, Another Lecture, where narrator Cate Blanchett deadpans stilted, architectural discourse and design-speak over a montage of distinctly un-designed and decaying city spaces around Glasgow and Melbourne. Her monologue includes a nod to a nondescript, dilapidated ‘Cash & Carry’ building, characterised by what she describes as “grandeur and shocking confidence”. It’s a joy, but an encoded one at that.

The fact that Coley’s platforms – which in effect anchor Appearances – were inspired by famed architect and utopian Oscar Niemeyer’s designs for Brazil’s modernist capital, Brasilia, is telling cue. His astutely playful works echo of possibility and potential. In Coley’s world, it is not architecture and space that limits us, but the converse. It’s all, one might suggest, in the mind.

Appearances shows at ACCA until July 24.