KAWS and Affect: A Colourful, Colossal Retrospective for a Street Art Superstar

The cartoonish, exuberant world of cult pop artist KAWS has hit the NGV, and it’s a theme park of paintings, sculptures, trainers and toys riffing off The Simpsons, Peanuts, Gumby and more. It’s huge. And the gift shop is bedlam. Installation view of KAWS’s GONE, 2019 on display for KAWS: Companionship in the Age of Loneliness at NGV International, Melbourne 20 September 19 – 13 April 2020. Installation view of KAWS: Companionship in the Age of Loneliness at NGV International, Melbourne 20 September 2019 – 13 April 2020 Installation view of KAWS’s UNTITLED (DIESEL), 1998 on display in KAWS: Companionship in the Age of Loneliness at NGV International, Melbourne 20 September 19 – 13 April 2020.

A new sculpture appeared in the NGV’s Federation Court this week. Rendered in bronze and 22 feet high, a heroic figure cradles a limp body in a defiant pose recalling Michelangelo’s Pietà (1498–99). The key difference? The standing figure here is cartoon character Companion, who looks a little like Mickey Mouse, and he’s cradling a furry monster who bears more than passing resemblance to Sesame Street’s Elmo.

This is the work of KAWS, the New York-based street-art phenomenon, and it welcomes us to his show, Companionship in the Age of Loneliness.

KAWS’s art, toys and branded products are big business. His signature characters have floated in a Hong Kong harbour, reclined at the base of Mount Fuji and caused minor stampedes in shopping centres. One of his works recently sold for $14 million. His pieces are collected by art galleries and celebrities alike (several works on show here are on loan from Pharrell Williams), and he’s collaborated with fashion labels including Dior, Uniqlo and Marc Jacobs.

This retrospective covers more than 20 years of his work, including paintings, sculptures, toys, shoes and more. The title of the show, and the above reference to Michelangelo, come from the gallery’s curators.

“The sculptures resonate and engage with contemporary issues such as loneliness, the lack of human contact in today’s society, and helplessness in the face of dark times and an increasingly fractured world,” reads a gallery statement. But KAWS himself, also known as Brian Donnelly, doesn’t talk like that. He’s more instinctive in his approach.

He’s come a long way from scrawling characters on bus shelter posters, but Donnelly’s modus operandi has remained remarkably consistent throughout. Early work from the ’90s on show here includes graffiti over advertisements on billboards and phone booths. But rather than tag over the adverts, he’d collaborate with them.

“I got interested in the fact that you weren’t sure if it was part of the advertising campaign or not,” he says. “It was never anti-advertising. It was more that this was everywhere around me.”

And it was about claiming territory, too, Donnelly tells me as we look at a Diesel billboard from 1998, into which he’s painted his characters interacting with the models. “We were jockeying for space,” he says. “In the ’90s in New York, suddenly there were floor-to-ceiling murals [by commercial brands] taking up what used to be graffiti spots. I knew they did the math on reaching the most people.”

These early advertising interventions paved the way for Donnelly’s later career. He sees his later, much bigger, installation works, such as the aforementioned Mt Fuji sculpture, as essentially the same thing as screwing with a billboard.

“I’m taking this icon of Japan and putting my work into it,” he says. “For a moment, I’m changing the landscape.”

When he started out, Donnelly worked a day job as an animator on TV shows including Daria and 101 Dalmatians.

“It was my first job out of school, and it was really just about the cheque,” he says. “But I loved the way [cartoons] existed. I love that I can meet someone in a different country, with a different language, and we both grew up on The Smurfs and The Simpsons. They operate in a way actors and humans can’t.”

A cartoon, like a graffiti tag, has to be quick and economical. Bart Simpson, who’s been redrawn millions of times over the past 30 years by a team of animators, is made from just a few deft lines. Donnelly plays with that recognition.

“That’s one of the reasons I gravitated towards The Simpsons,” he says. “It’s a whole show built on references. When you create an image and put it into the world, it’s out there and anyone can take from it and rework it.”

The points of Bart Simpson’s hair and the right shade of yellow may signify The Simpsons, but if Brian Donnelly paints these same elements, Bart becomes a KAWS work. In a series of paintings, Donnelly riffs on the scratchy lines of Charles Schulz, creator of Peanuts, redrawn and abstracted until they are his own.

And the cartoon references in his work aren’t just influences. They take on full-on starring roles. In addition to The Simpsons (well, Donnelly’s personalised take, The Kimpsons), Snoopy and his Peanuts friends, Spongebob Squarepants, and even Gumby all have prominent positions in this show. All have their features removed, replaced with XX eyes, emblematic of the KAWS brand.

But Donnolly’s own characters are here, too. Characters such as Companion, Chum and BFF are the stars of his sculptural work. The fibreglass figures embrace each other and sit perched on plinths with their hands on their knees. Their cuteness is down to their vulnerability.

“When I started making toys I researched the history of toys,” says Donnelly. “They all have these superheroic, very optimistic poses. I wanted to make something more human and vulnerable. They could be 10 metres tall, but you feel like you need to comfort them.”

While most of the existing cartoon characters are amended and appropriated without permission, I’m surprised by the fully licensed commercial collaborations with brands such as Sesame Street. Surely the XX eyes, which are cartoon shorthand for death, would put off such a protected children’s brand? I find it hard not to see it as subversive, as if he’s killing these characters.

But Donnelly shrugs it off. He doesn’t see it that way.

“It’s so funny,” he says. “I don’t think of it as aggressive, like you do. It’s just how I draw eyes. I don’t dislike what I’m working with. It’s admiration. I love Sesame Street. I grew up on it.”

Art world purists may be confronted by KAWS’s commercial side. Donnelly’s work isn’t a playful commentary on commerce or commercialisation, it is commerce and commercialisation. At his shows you can buy toys and trainers, and even a lot of the paintings have, ironically, been packaged in plastic and have backing boards, like toys do.

For KAWS, there’s no barrier between art and commerce, and the result is mass appeal. While touring the exhibition I got chatting to a reporter from Sneaker Freaker magazine. She tells me trainer fanatics will come here just to catch a glimpse of the shoes. The gift shop will be bedlam.

“I don’t see galleries as being these stuffy spaces,” says Donnelly. “I just see it as another opportunity to put work in front of people. It’s rare for me to walk into a room and see this much of my work from the last 20 years.”

And though the works are presented here as a statement on lonely and increasingly fractured world, KAWS’s work is undeniably bright. It’s ecstatic. And it’s unapologetically buyable. This might be the most unselfconsciously commercial exhibition this gallery has ever held.

KAWS: Companionship in the Age of Loneliness is at NGV until April 13, 2020.

This article first appeared on Broadsheet on September 19, 2019. 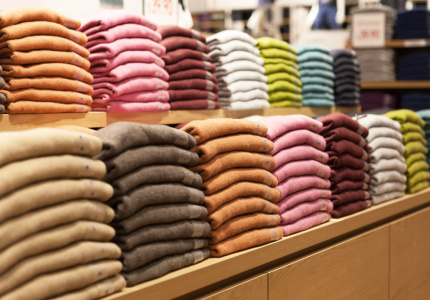