Ahead of his appearance at the Melbourne Writers Festival this weekend, we speak to Pulitzer Prize-winning author Junot Diaz about the absurdity of suffering for your craft, defending the imaginary and how fantasy can speak more truths than realism. 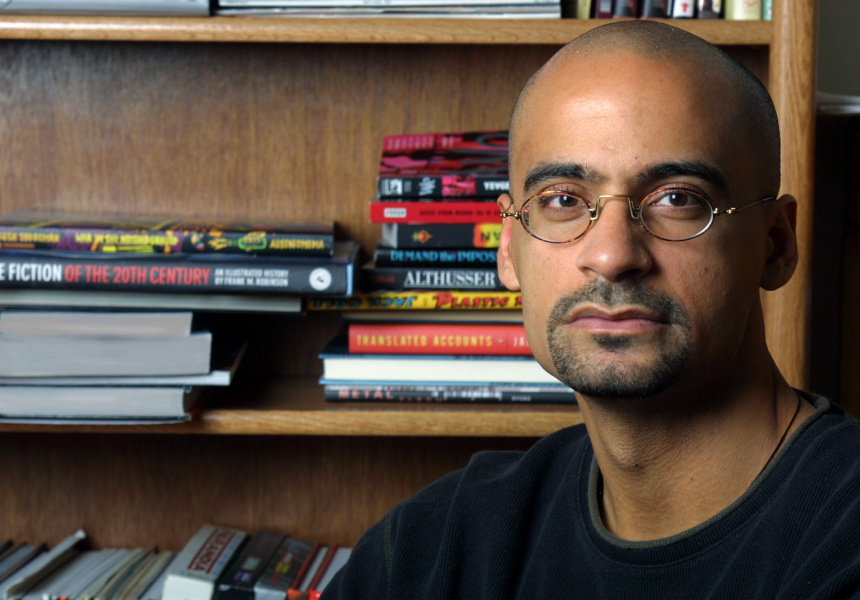 When asked if he thinks that one must experience suffering to write something worth reading, Junot Diaz seems almost offended. “No, that’s absurd,” he says. “That misunderstands the nature of the imaginary.”

Diaz is fiercely defensive, not just of the figmental, but of the notion that art should exist without barriers and impositions.

“Listen,” he instructs. “When it comes down to being an artist, your life experience, that doesn’t make the art. What makes the art is you and your training and your dedication and your focus. So I always think, ‘Why create these recipes to make people feel worse about themselves?’ This is already an impossible journey.”

Even though it seems so effortless on the page – often slipping easily between Spanish and English, literary fiction and obscure sci-fi references – the 44-year-old Dominican-American knows the anguish of commanding his words like any other writer. Despite being a 2012 MacArthur Fellow, a creative writing professor at MIT and winning a Pulitzer Prize for his spectacular 2007 novel The Brief Wondrous Life of Oscar Wao, Diaz still only has three books to show for his 17-year-long career, semi-joking: “I just suck, period.”

But his personal difficulties and notoriously glacial pace aside, Diaz’s eventual output is not a word short of magnificent. His latest release, This Is How You Lose Her, is a return to his breakthrough format – a book of short fiction. The collection of stories is linked by Diaz’s ever-present protagonist Yunior (also appearing in Oscar Wao and his first release, Drown) and follows Yunior’s misfortunes – usually self-imposed – while he struggles with masculinity, relationships and fidelity.

Despite starting a relationship with paranormal romance and fantasy writer Marjorie Liu (also appearing at the Melbourne Writers Festival) about a year before the book’s release in late 2012, Diaz dismisses the idea that the new romance had any effect on the course of the book – cathartic or otherwise.

In This is How You Lose Her, the stories flit through Yunior’s catastrophic relationships, which leave behind an ever-growing trail of broken women, before finally concluding with a bittersweet second-person account that zeros squarely in on his miserable protagonist, a story aptly named The Cheater’s Guide to Love.

When asked how he writes about women – and if he can truly ever be inside a female character’s head – Diaz says: “I don’t even try. What I mean by that is that a lot of my female characters tend to be written filtered through the male sensibilities of my narrative persona, Yunior. Therefore a lot of Yunior’s shortcomings show up in the work and mark the work.”

With this book now behind him, Diaz is hesitant to comment on suggestions of an upcoming project, a rumoured science fiction book called Monstro.

“Supposedly…it’s potentially something, but there’s really so little done that I can’t really speak to it,” he says. It would seem like the natural step for Diaz to take on a pure genre book and embrace his inner nerd, which always seems to bust out into stories (Oscar Wao, for example, gracefully dances between Spanish street slang, Dominican history and Lovecraft references like they’re old friends).

“What I love about genre is that genre allows you to attempt to address the parts of life that the lens of realism cannot address,” Diaz says. He offers “power” as an example. “For those of us who lived through dictatorships, genre deals a lot with dictatorships, with questions that realism hasn’t been very good at looking at.”

Slavery is another case in point, and a topic that not many people seem to want to talk about either. “Slavery has been normal in America longer than Australia has been a modern nation,” he says. “Read fantasy novels – you’re much more likely to get descriptions and conversations about slavery than you are in literary fiction,” Diaz says. “So I’ve kind of been drawn to that. It sort of reflects a lot of my reality, you know?”

Junot Diaz will be appearing at the Melbourne Writers Festival for In Conversation: Junot Diaz on Saturday August 24 and Sunday August 25.