A home for emerging artists, photographers, designers and more. 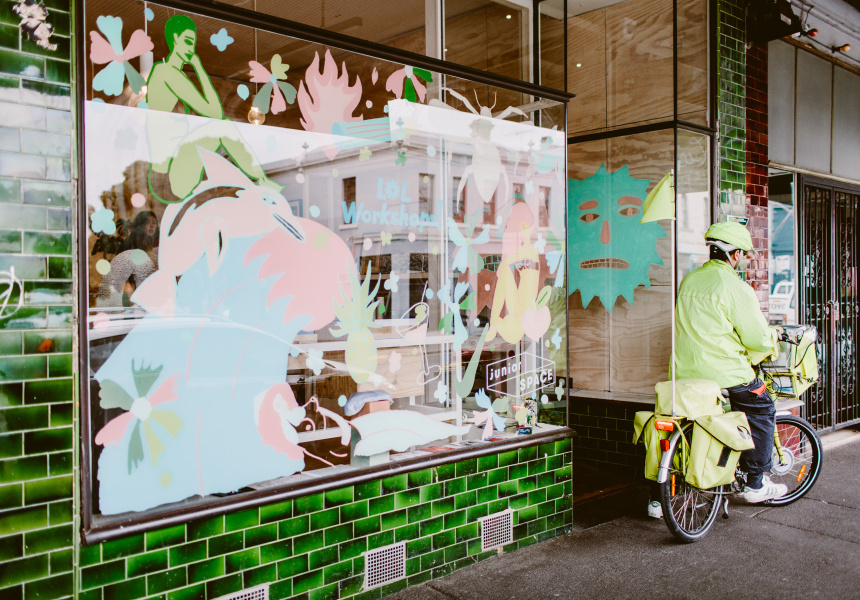 Bec Capp chose the name Junior Space for her combined gallery and retail store in Fitzroy, because it represented something small but tough.

“You can be small, but it doesn’t mean you can’t have big ideas,” she says.

Junior Space shows work by emerging Melbourne artists, photographers and designers, and hosts workshops, talks, plays and film screenings. Capp, who’s 26, opened the gallery in May, and the store the following month.

Since then she has welcomed a new exhibition every two weeks, ranging from photos of Cuba by Gina Nero (who won the Independent Photography Festival Prize in 2015) to a group show featuring 11 local and international contemporary animators.

More recently, the space hosted Ladies of Leisure zine for a series of workshops, as well as a pop-up shop by Melbourne fashion label Sister Studios.

Capp doesn’t have a rule about who or what takes over the upstairs space each fortnight, though she does look for exhibitions or events that feel untraditional in some way.

“The gallery space is focused on play, fun and process,” she says.

An August group show called Objects of Ideation, she points out, was a sculptural exhibition where visitors walked through the space and almost touched the pieces – a different experience to the typical gallery walk-through, where viewers see the work as “precious art you can’t touch,” she says.

Capp has a background in graphic design and photography, and is currently studying art curatorship. For her, Junior Space is about making art more accessible to the passer-by.

“Having retail on street level is familiar and welcoming,” she says. “People can come in and subsequently end up in the gallery [upstairs]. If Junior Space was just a gallery, it would be much more intimidating.”

The store carries a mix of art-based ceramics, photobooks and zines, as well as photographic, art and illustrative prints by mainly Melbourne names, with a handful by overseas artists.

Capp makes an effort to stock affordable pieces, or work that isn’t “art-world-level expensive”. The cheapest item in the store right now is an illustrated card by Melbourne comic artist Tommi PG for $2.50, while the most expensive is an original painting by Gloria Ghent for $1500. Most items sit below $200.

“If things become really expensive, not only does it exclude lots of people, it stops people from even wanting to come in and see it,” Capp says. “This is a place where people can come in and engage with art.”