A major retrospective of more than 100 works celebrates one of Australia’s greatest living artists, John Olsen. 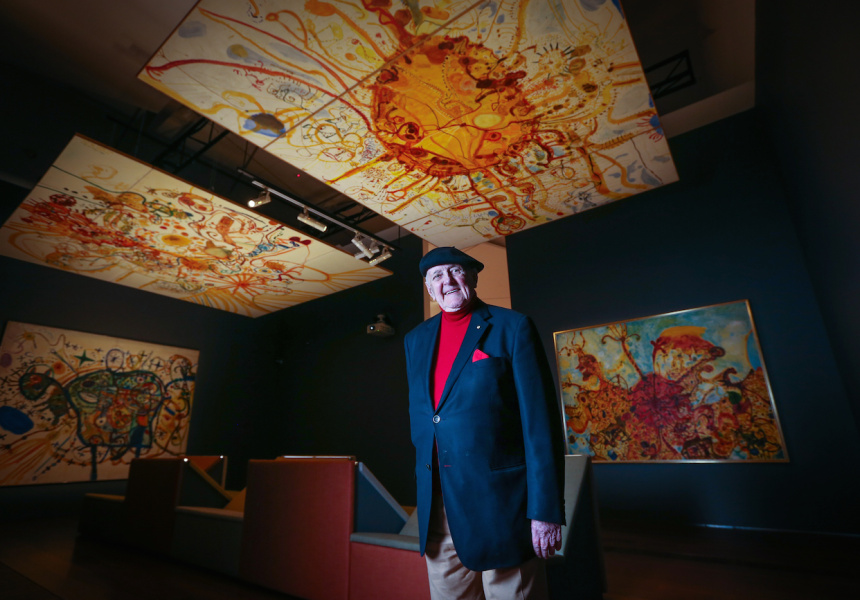 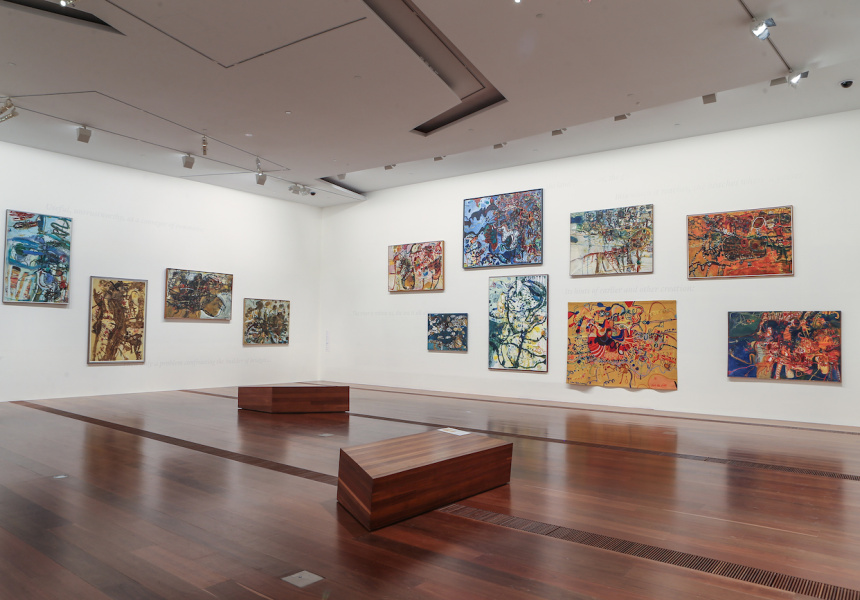 John Olsen: The You Beaut Country at NGV Days before the opening of John Olsen: The You Beaut Country, the 88-year-old artist was paintbrush in hand, adding the finishing touches to the door of his new retrospective exhibition at the National Gallery of Victoria’s Ian Potter Centre.

Now showing at the NGV, the collection of more than 100 works spans seven decades and includes paintings, ceramics, tapestry and illustrated books.

The artworks survey Olsen’s career from as early as 1952 when he was a student, to his 2005 Archibald–Prize-winning Self Portrait Janus Faced, to his more recent works, one of which was painted just weeks before the exhibition.

Through abstract and energetic landscapes, Olsen captures an emptiness and beauty, especially in his art inspired by central Australia.

Some of Olsen’s most recognisable pieces in the show are his paintings of Lake Eyre, which he first visited in 1974 when it was filled with water for the second time since European settlement.

It’s also interesting to see how Olsen’s love for Spanish culture manifests in his art. In the ’50s the artist lived in Majorca, an island off Spain, where he immersed himself in the European art scene.

The influence of Spanish culture can be seen throughout the exhibition, including in the iconic three-panel piece, Spanish Encounter, which Olsen painted in a five-hour frenzy upon returning to Australia in 1960.

Alongside Olsen’s major paintings you can see his personal journals, which include tickets and bird feathers, as well as a documentary by the National Gallery of Victoria.