We sat down with entrepreneur James Tutton to gather his thoughts on connecting ideas, the benefits of giving up and his new project Smiling Mind. 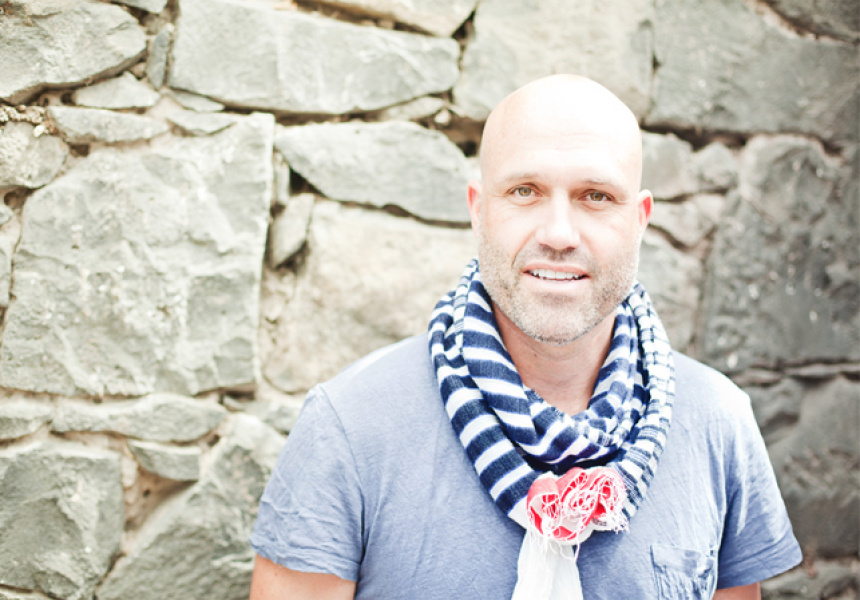 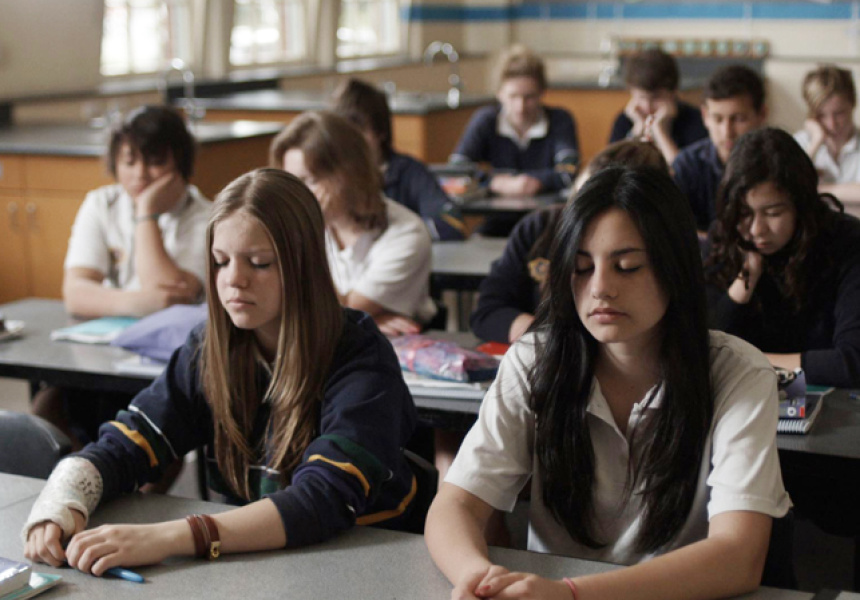 Armed with a Philosophy major and a measly $5000, 22-year-old James Tutton attempted to turn his simple idea into a business: an outdoor film, food and wine experience set in inner city Melbourne. Claiming a victory for ‘no-hoper’ arts students everywhere, Tutton went on to sell his first business, Moonlight Cinema, for a cool $8.3 million a few years later.

Once satisfied with establishing an iconic Australian arts institution, Tutton then bought a half-interest in boutique property developers, Neometro, where he now drives the commercial side as company director.

His latest project, like everything else, has nothing to do with anything he’s ever done before. Co-founded with entrepreneur Jane Martino, Smiling Mind is a free mental health initiative in the form of a not-for-profit website and app that provides guided meditation to young people.

A man with a self-described ‘monkey mind’, we slow him down long enough to gather his philosophies on connecting ideas, naivety, the benefits of giving up and dancing naked in the living room of life.

Tacey Rychter: In your own words, what is Smiling Mind?

Why this program? Why for young people?

Meditation isn’t a silver bullet, but it’s a tool for avoiding mental health issues in the same way that eating healthily helps people avoid heart disease. It’s not rocket science, but still most of us ignore it.

Why not tackle poverty or social issues? Why is promoting mindfulness and meditation something that is worth your time?

There’s a lot of promotion around exercise, but meditation’s not really something which has entered a mainstream environment. And we saw that it was probably at some sort of a tipping point. There are schools like Geelong Grammar who are initiating mindful meditation into a school environment and that’s great, but there are lots of schools who don’t have the resources to do that. We saw it as a niche in the market where we could create something.

Why is Smiling Mind web and app based?

It comes down to accessibility. I think our approach was, build it online on a website and an app and let people use it and that’s a really efficient way to get it out there. We’re also piloting in schools, so there is a face-to-face element of it which we’re growing quite rapidly.

Is there such a thing as too easy?

No. I actually think meditation is a really, really, really simple thing. I read so many books about meditation, which actually make it way too complex. But people, I think, often struggle with the fact that something is both simple and impactful. People tend to say, ‘If something is impactful, it has to be really complicated and drawn out’, and it doesn’t have to be.

What do you personally get out of meditation?

There’s that kind of Buddhist expression, the ‘monkey mind’, where the mind is like a monkey up in the tree tops jumping from one thing on to the next thing. My mind becomes a bit like that, like a revolving to-do list, forgetting everything. After a period of time it creates anxiety and stress.

I live in the country, in a house over water, so you get this incredible bird life which is so noisy that when I first moved there I had to sleep with earplugs. But that’s a really nice environment to just focus on sounds whilst meditating.

You were a philosophy major at university. How did you make the leap from arts student to successful entrepreneur?

I say this to people: I think ignorance is really, really important. If you think too much about the downside of anything, you just won’t do it. People don’t appreciate the role of naivety and getting shit done. It was instrumental to Moonlight Cinema and I think it’s probably been quite instrumental to Neometro. I bought a half-interest in a property development company and I don’t know the first thing about building. You ultimately get into something and you work it out if you’re smart, and you surround yourself by really smart, capable people, and life goes on, you know?

Just do it, right?

It’s a shame Nike developed that as a slogan – it kind of ruined it. But it’s true. I think everyone’s got to be comfortable to dance naked all by themselves in the living room, because if you’re not comfortable to put yourself at risk, you just won’t get shit done.

Do you think that your success is due to your ability to create and recognise good ideas?

Totally. I’m so shit at doing so many things. There’s a lot to be said for actually having the ability to recognise an idea.

Steve Jobs said that “creativity is just connecting things” and “the broader one’s understanding of the human experience, the better design we will have”. What do you think about that?

I think it’s so true. That comes back to looking at Moonlight Cinema, taking a food and wine experience and introducing it to a film experience. And that’s two things, at that point in time, that were treated quite separately. If you look at an idea as a kind of cake, it’s not that you invented the flour, the sugar and your chook laid the eggs. You realise that by getting sugar, flour and eggs and putting them together, this is what you’ve got. But someone else invented the eggs, someone else invented the sugar. There’s a lot of truth in Steve Jobs. He was quite an eccentric person with a vision.

I think for me, it’s got to be an idea that I could be the user or recipient of. It needs to be something that I can personally relate to. And that definitely applies to Smiling Mind. For Jane and I, it was part born by the fact that we both have young families, both personally meditate and wanted to teach that to our families but couldn’t find the resource out there to do that.

Do you still read about philosophy?

A bit. I’m really fragmented at the moment. I’m reading a history of English colonialism, which is quite interesting, but I keep falling asleep. The history of Christianity, which is in the backseat of the my car broken down in Byron Bay. And a crime novel. I read really slowly. But I think the other thing is, if you’re not liking a book, just start a new one.

There’s a fantastic lecture on YouTube by this Harvard professor, I can’t remember his name. Someone in the audience asks him, ‘What’s the key to success?’ and he said, ‘Give up fast, and give up early’. He said that the problem is we’re programmed culturally that we need to persevere with things even when we absolutely hate it and to walk away is a shameful thing. He said, in a career sense, that’s not the case at all. What you have to do is keep trying stuff until you find the thing you’re engaged with.

What about the values we’ve been taught our whole life? To always persist and work hard, no matter what?

I don’t think the theory applies to marriage though!