Jacky Winter Gives You The Business

A lecture series for creatives with some serious cred, crowdsourced just for you. 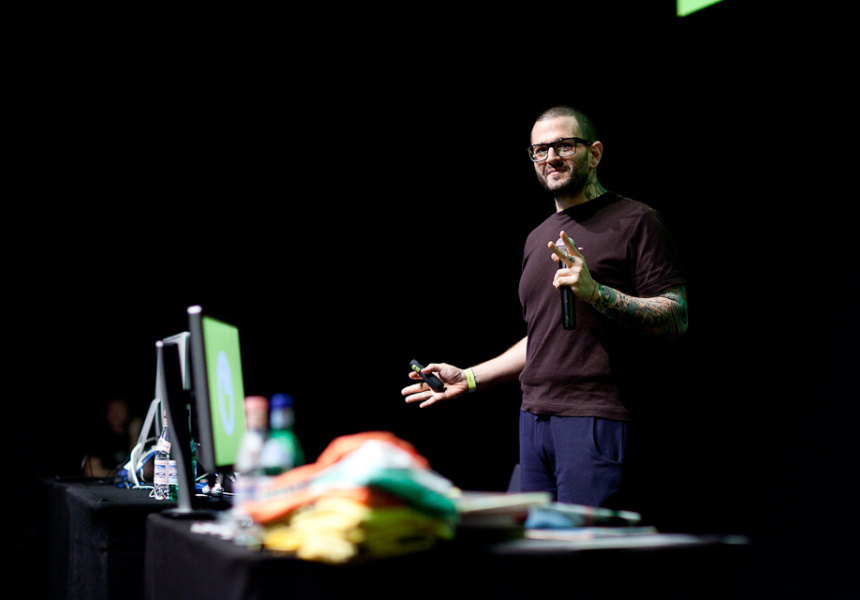 The Jacky Winter Group has flipped the traditional “creative” lecture series on its head.

This agency, with a roster of the best artists, designers and creatives in Australia on its books, pairs image-makers with clients. Now it’s starting a conversation about the creative process from start to finish, with a fresh perspective.

Fed up with inspirational talks that don’t deliver on practical solutions to common problems that creatives face, Jacky Winter let attendees decide how and what was going to be discussed at Jacky Winter Gives You the Business.

“We thought that we’d let the people who are paying for it have a say in what their conference should be,” says Jacky Winter’s director, Jeremy Wortsman.

In the lead up to Supergraph, the group asked potential attendees to curate the program via a popular vote online.

This has culminated in 16 sessions across two, five-hour days with talks ranging from passive income strategies (such as merchandise), and why self-initiated projects are important.

The speakers include solicitors, writers and graphic designers and names such as Benjamin Law, Brodie Lancaster and The Design Kids’ Frankie Ratford.

Jacky Winter doesn’t want you to sweat the small stuff, like asking a client about payment and how they’re handling your intellectual property. It’s giving you a space in which to talk about these things so you don’t have to learn them the hard way.

But this event won’t just be for Jacky Winter’s usual suite of graphic designers or illustrators. The ideas discussed here are applicable to all creatives starting out.

“When I was starting a business, there was a lot of information I wanted to get that I found really difficult to source, even though it was some really basic stuff,” says Wortsman.

“I was thinking about people who were early on in their creative practice, or people who were looking to make that leap from their day job into running their practice full time.”

It’s something really easy to forget starting out. As much as you need to hone your talents – and work on convincing others to invest in said talents – the unglamorous day-to-day tasks are the ones that you can’t afford to neglect.

“I’m hoping the event can act as a bit of a cushion. When you have problems – and everybody will – these different things will never be solved with a quick fix,” he says.

Jacky Winter Gives You the Business runs from 11am–4pm on February 14–15 at the Melbourne Museum Theatrette. Tickets are $250 and only a few spots remain.