Housemuseum Blurs the Line Between Home and Gallery

From a Tech Deck skate park to a purpose-built church organ and works by Reko Rennie and Patricia Piccinini, Corbett Lyon’s art collection is for everyone. Opening the doors to his award-winning home wasn’t enough, so he’s added a new gallery. 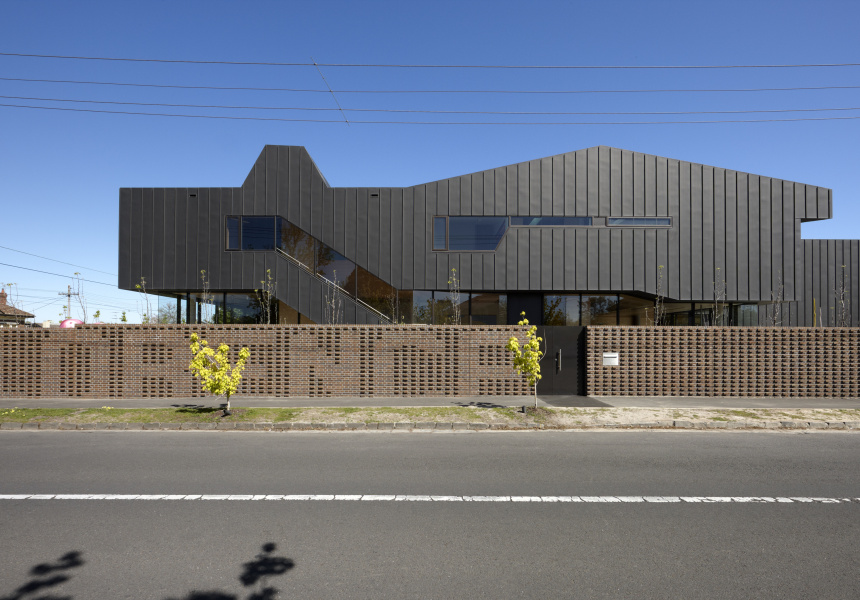 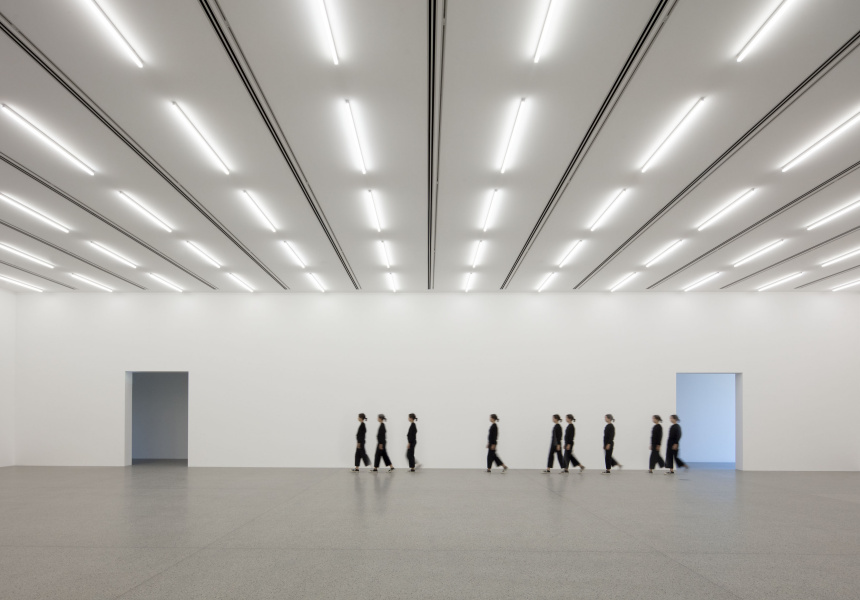 Photography: Courtesy of Lyon Housemuseum
1/23
by Will Cox
Share

Housemuseum Galleries is tucked away in suburban Kew, right next door to owner and art collector Corbett Lyon’s house. Lyon, who’s also an architect, talks about the two spaces as if they’re his children.

“I designed the two buildings as a pair,” he says. “They’re brother and sister, side by side on the streets. One clad in zinc, one in bluestone. One public, one private.”

The idea behind Melbourne’s newest public art gallery is simple: Corbett Lyon has a vast collection amassed over three decades, and he wants to share it. The inaugural show, fittingly titled Enter, is a playground of big ideas made up of 16 new commissions from 16 Australian artists, 11 of whom are entirely new to Lyon’s collection. Another three quarters of his collection is still hidden away in storage – we’ll have to wait for those.

Across a series of open, interconnected spaces, the artists think big. Each designed their work with the space in mind. In one long gallery toward the back is Shaun Gladwell’s Tech Deck skate park, which you can get in and play with. Beneath a vast silver reflective globe, Brook Andrew presents a moebius strip decorated with colonial ephemera.

My own favourite piece is Callum Morton’s Monument #24: A Gentle Stroll in a Landscape Full of Wonders (2019). It’s a long corridor blocked off by layers of 1.3m high wire fencing, with seven gates clanging open and shut, recalling the threatening security regimen of a prison or detention centre.

“I designed this great galleria down one side, and the first thing he did was block it off,” says Lyon. It’s a powerful work.

In the vast central gallery, Patricia Piccinini’s The Clearing is a white sculptural forest of ovarian fleshy perturbances which visitors are free to walk through. Like a lot of her work, it’s intimate, but it’s also a large work that needs plenty of room to breathe, and it’s been designed with not only this space in mind, but Lyon himself. He owns a fair bit of her work already.

“Corbett likes a lot of my works which are formally mutated,” Piccinini tells me. “He’s got The Carrier, a very emotional work. A lot of people couldn’t own that, but he can.”

To learn why, I pop next door to Corbett Lyon’s house. It isn’t like yours or mine.

The Lyon Housemuseum, as it’s called, is part home, part gallery. It’s a series of generous open spaces, almost all open to visitors and all heaving with works of art. Lyon doesn’t compromise with aesthetically pleasing work most people would consider suitable for their home. Much of it is bold and sizeable, including video art and large sculptures.

I’d bet the phrase “Come upstairs to the Howard Arkley dining room” isn’t one deployed in many other places, but here, upstairs, the couple dine surrounded by Arkley’s 14-metre installation Fabricated Rooms (1997–99).

In the music room there’s a huge pipe organ, its metal pipes ascending into the second storey. Lyon designed the organ, and he tells me more technical design went into this than the whole rest of the building. He sits down at the keyboard and splashes out the opening lines of Bach’s Toccata in D Minor. He does with every tour he guides through his home – and tens of thousands of people have already come through.

“People aren’t sure if they’re in a house or a gallery,” he tells me. “They’re inherently incompatible types, and we didn’t do the easy thing of putting the gallery on the bottom and the apartment on top. I put them all in and shook them all up. It was a big experiment.”

Back next door, Housemuseum Galleries is a more straightforward art space, but it’s still full of subversions and surprises. Art cuts right through it, quite literally. Ian Strange’s commission for this show Untitled Light Intersection (2019) is a series of LED lights that cut through the walls from exterior to interior, joining both buildings.

Indigenous artist Reko Rennie’s Visible Invisible (2017) is present throughout the whole building, though you wouldn’t know it: the 44 by 20 metre piece was painted on the concrete foundation, then almost immediately covered up by the building itself (a smaller version of the work can be seen outside Di Stasio Citta in the CBD). Only a sliver remains visible inside, below a glass panel underfoot, like a glimpse at the excavated ruins of Pompeii. The implication is clear – everything that happens here is happening on Indigenous foundations, whether you can see it or not.

“I approached Reko and said I want you to paint the biggest painting you’ve ever done,” says Lyon. “It’ll be there for a day and then no-one will ever see it again.”

The idea for the Rennie piece came from the supposed hidden masterpiece of Leonardo da Vinci in the Hall of the Five Hundred in Florence. “No-one has ever seen it, and they’re not able to access it without ruining it,” says Lyon.

It won’t be until the next show, in July, tentatively called Unpacked, that visitors will get a glimpse of the rest of Lyon’s extensive – and growing – collection.

Enter is at Housemusem Galleries until July 21. Tours of Lyon Housemuseum can be booked here.