Beyond classification because it crosses so many genres, Scandinavians Hotel Pro Forma collaborate with The Knife on stage. 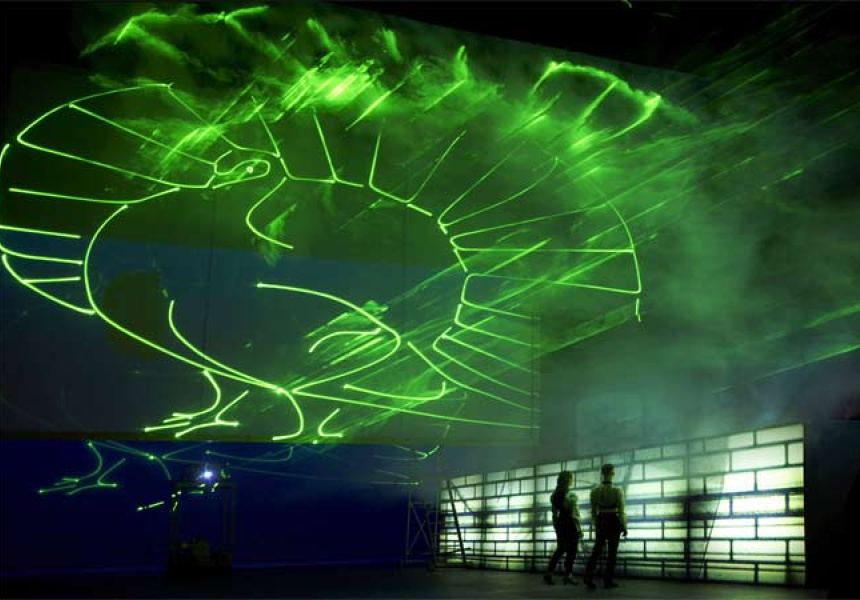 Musician Duke Ellington once said “there are only two types of music: good and bad”. The upcoming Melbourne Festival production Tomorrow, in a year by Scandinavian’s Hotel Pro Forma and The Knife, can only confirm this – it combines so many genres it is beyond any other classification. Described simply, it is an electro-opera loosely based on the life of Charles Darwin, it features an opera singer, a pop singer as well as an actor and six dancers from varying backgrounds with music by electronic duo, The Knife.

The work reflects Darwin’s travels (The Knife, collaborating with musicians Planningtorock and Mt Sims, take samples from Iceland and the Amazon) and refers directly to his letters while also conceptually portraying his ideas of nature and time. Swede, Jonathan Johansson, plays Charles Darwin and although performing in an opera is not an obvious choice for an indie-pop singer/songwriter, it was a rewarding decision.

“If [directors] Ralf Richhardt Strøboch and Kirsten Dehlhomen hadn’t asked me, I’m not sure I would have. It’s just because of her, you don’t say no to her,” he explains, “and the chance to work with The Knife was equally appealing.” The genre of opera provides the framework of Tomorrow, in a year, but as the company name suggests, the performers are free to move around it just like a hotel.

Hardly an easy task for an untrained performer, Johansson was unfazed. “It was harder for the dancers and the opera singer and the actor to relate to the situation and the space they were in. It’s not what they do normally, they really have to adjust to the performance but I was just like ‘well, ok I’ve never done this, I have no idea so ok’.” It shouldn’t work, but it does. “It is just an amazing piece of music, you will never see anything like this again,” Johansson quips.

Tomorrow, in a year runs October 20-23 at the Arts Centre for the Melbourne Festival.

We have five double passes to give away to see Tomorrow in a year on opening night next Wednesday. To win, email your name with the subject 'Tomorrow, in a year' to win@broadsheet.com.au.