It’s been like a strange dream for Hiatus Kaiyote. Just two years ago they were looking out to half-empty Melbourne venues, now they’re playing to packed American and European halls. We talk to the band ahead of their homecoming at Melbourne Festival this weekend. 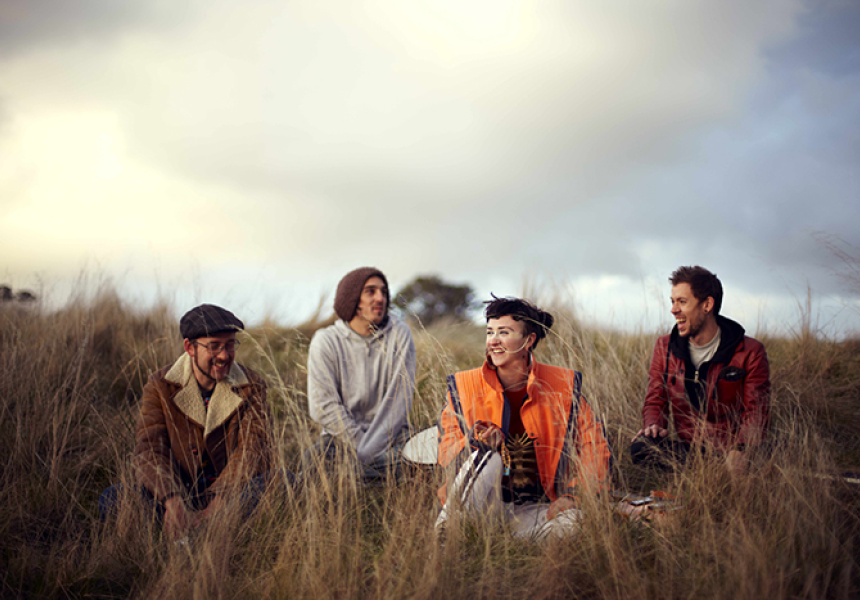 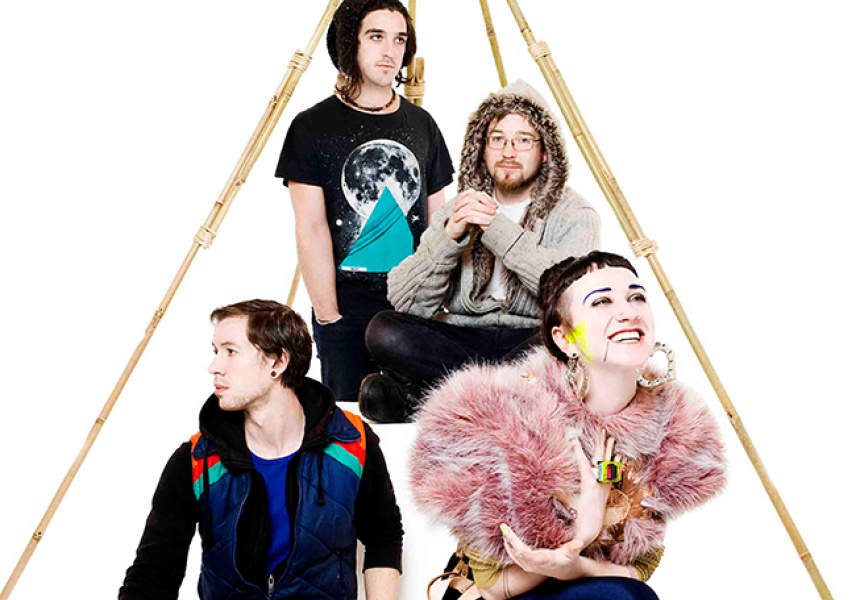 It’s hard to believe that the band being dubbed the prophets of ‘future soul’ by local and international music media has been playing together for just two years. Before jetting off on another North American and European tour, Hiatus Kaiyote, the band that has Prince, Erykah Badu and ?uestlove all a twitter is back on home soil to play at Melbourne Festival this Friday and Saturday night.

Bass player Paul Bender thinks it’s the individual history of the band members that brings such vivacity to their act. “We have a lot of different musical and life experience between us. We’re not from the same headspace.” Both Bender and keyboardist Simon Marvin were classically trained; Bender starting out with grunge and metal before attending “jazz school” in Miami, and Marvin getting into improvisation while at university. Drummer and production wiz Perrin Moss and vocalist Nai Palm come from more liberal backgrounds; their journey rooted in self-discovery rather than a by-the-book education.

The band’s debut album Tawk Tomahawk was quietly released in 2012 and followed up by a remixed offering called Tawk Takeout. Critics raved, audiences vibed, and the band looked to their burgeoning fan base to get them to SXSW, raising the cash via a Kickstarter campaign. The American summer just gone saw them return to the States for a lengthy tour before heading to Europe for a string of shows that would involve “the craziest gig we’ve ever done” in Shoreditch, London.

Audiences can’t be blamed for getting a little wild at Hiatus Kaiyote gigs. Nai Palm’s vocals have a hedonistic quality, weaving soulfully in and out of the instrumentals that brew an infectious background groove. “We try to approach the live gig in the same way we envisioned the record and that’s as a journey, taking the audience on a sonic path through different moods,” Bender says. He laughs at my suggestion that there’s plenty of improvisation happening on stage. “It’s weird how often people say it sounds like a jam session, because if I had a jam session that sounded as intricately involved as that I’d be pretty astounded listening back. Most of the stuff we do is meticulously arranged, but there are certain moments of improvisation during the show.”

Logistics aside, their presence is gathering legions of followers from all around the globe. The proof’s no clearer than in the international demand that has seen them book a second tour to Europe and the US for this November. Still, the band is firmly rooted down under.

He reels off a roll call of the groups the band is digging at the moment, headed off by future-jazz/punk group Kirkis, producer Silent Jay and Triple J Unearthed’s Sex on Toast. “There’s less of a rulebook here, people are passionate about the music they’re creating and it doesn’t matter what genre it fits into.”

Bender is quick to praise Melbourne’s constantly shifting music landscape. “There are a lot of great cities around the world we’ve been to that have an amazing musical legacy but it feels like there’s a real sense of musical freedom in Melbourne.”