We give you a curated slice of the week in music: on stage, in store and upcoming. 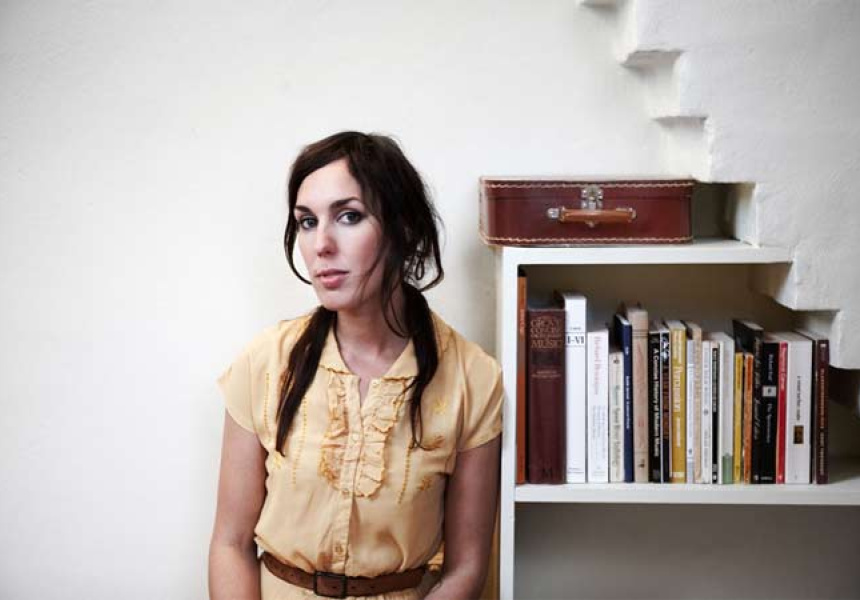 ON STAGE: Holly Throsby at the Northcote Social Club

Holly Throsby’s music has always harboured a particular lightness of touch. Since emerging with her achingly intimate debut On Night in 2004, the Sydney singer-songwriter’s whispered intonation and bare-boned musical economy have helped fashion a sound so hushed it’s almost impossible not to feel as if you’ve stumbled upon on the most personal and private of conversations.

In a career that has now stretched the best part of a decade and included 2006’s wonderfully unassuming Under the Town and the wonderfully ramshackle pop touches of 2008’s A Loud Call – not to mention her new children’s album See! released last month – Throsby has become one of Australia’s most inimitable and esteemed young songwriters.

Having spent much of the year working on her forthcoming album, Team (recorded in a tiny, rural church with long-time production collaborator Tony Dupe), Throsby takes to the stage at the Northcote Social Club this Saturday on the back of her flourishing new single Here Is My Co-Pilot. Support comes from the likes McKisko and Kieren Ryan.

That the title of this glacial work from US composer and multi-instrumentalist Rafael Anton Irisarri evokes a sense of place is no oversight. The spacious melodic gestures, sweeping textures and opaque, mist-drowned atmospheres that entwine The North Bend mine the land from which it comes.

Inspired by the towering, wooded landscapes of America’s Pacific Northwest, Irisarri unfurls a series of loping drones and threads of instrumental melody into a field of softened static and textural undercurrents. Extended pop phrases melt into supple, opaque noise; vast expanses open out into the enormity of sky, of wind in trees and snow underfoot.

Perhaps what makes The North Bend such a convincing statement is its subtle sense of multiplicity. Though of the land, Irisarri has crafted a record that is also, one feels, incredibly personal. Like the great works of visual art’s landscape tradition, The North Bend is not so much about its setting, but our personal place within it.

The North Bend is out via Room40/Vitamin.

While the upcoming Australasian World Music Expo holds plenty of drawcards, it’s hard to look past the Afrobeat and soul-jazz melange of Femi Kuti (son of the legendary Nigerian Afrobeat drummer Fela Kuti) and his band The Positive Force as clear standout on the bill. Playing the Hifi Bar on November 21 – with support from The Bombay Royale (India/Australia), Future Roots (Australia) and DJ Mr Fish (La Reunion/Australia) –

Kuti is definitely one for the diary.