Hola from the 2013 Mexican Film Festival

The 8th Hola Mexico Film Festival is back with the most vibrant program yet. 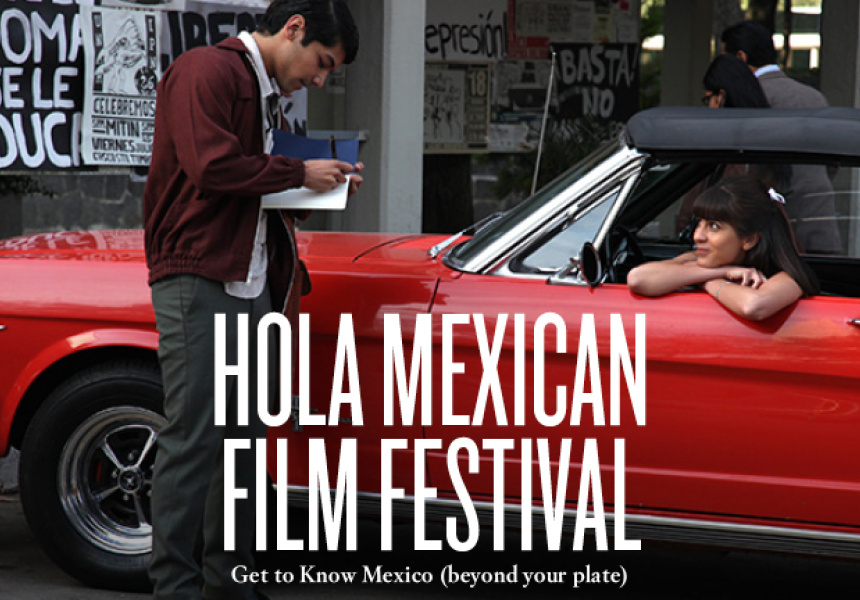 Back for its eighth year, the Hola Mexico Film Festival has found a popular niche in presenting Australian audiences with the best in new Mexican cinema. With Melbourne’s penchant for Mexican food and Central and Latin American culture as a whole, it’s not surprising the festival is so successful here, as it gives audiences the chance to expand their Mexican knowledge beyond the plate.

Here are six films from the festival that have been creating quite a bit of buzz both in Mexican and international film circles that are well worth checking out.

Nosotros los Nobles (We Are the Nobles)
Hola Mexico’s opening night film is the biggest film to come out of Mexico in years, achieving a record gross at the Mexican box office. When construction mogul Herman realises his children have been spoiled to the point of being completely useless adults, he fakes bankruptcy in order to put them to work for the first time in their lives. After the film, be sure to attend the Opening Night Fiesta, featuring live Mexican music, food from Los Amates and, of course, tequila.

Post Tenebras Lux (Light After Darkness)
Captivating, frustrating, shallow and brilliant. Critics have been eager to demarcate themselves along the battle lines as to whether Carlos Reygadas' latest film, winner of the Best Director award at Cannes in 2012, is a surrealistic triumph or an example of pretentious art film at its worst. Melbourne audiences can now finally find out for themselves whether this tale, featuring loosely interconnected vignettes that buck against traditional modes of cinematic narrative, is genius or arty waffle. It’s definitely one for those cineastes who enjoy a good rambunctious discussion post-film.

The Shelter
Every year, countless numbers of Central American refugees and migrants come through Mexico on their way to the US. This documentary looks at the work done by the Reverend Alejandro Solalinde at the shelter than he has set up in Ixtepec, Oaxaca specifically to offer support to these migrants, who daily face threats of extortion, violence and even murder. The Reverend himself battles against corrupt local governments and outlets of organised crime that have vested interests in keeping this transient population voiceless.

After Lucia
Winner of the Un Certain Regard award at Cannes 2012, After Lucia is an austere and harrowing look at loss and bullying. When her mother dies, Alejandra’s increasingly distant father moves them both to Mexico City. Unable to communicate with her father, Alejandra keeps from him the fact that she has become the victim of an increasingly violent cycle of bullying at her new school. Reminiscent of something out of the Lars von Trier playbook, After Lucia is not for the faint of heart.

Canícula
An extraordinary documentary that follows the rituals of the Totonac people during the period of Canícula - the 40 days every year in which the Totonac perform sacred ceremonies that have existed for over 500 years. Filmmaker José Álvarez is given unprecedented access by the Totonac in order to commit these rituals for the first time to film, including the Voladores, or ‘flying men’ who dance atop poles erected in the forest and then plunge from them, attached only by a rope. A thorough and timely exploration of one of Mexico’s indigenous peoples that gives greater understanding of a nation that possesses multifaceted ethnic identity.

Tlatelolco, Summer of 68
A dramatic reimagining of one of the most shocking moments in modern Mexico’s history; of which contemporary non-Mexican audiences may be unaware. In the lead-up to the 1968 summer Olympics held in Mexico City – the first time a developing nation hosted the games - students and civilians flocked to the streets to protest against the totalitarian government. Ana Maria, a photographer from a well-born government family, and Félix, a working class architecture student, fall in love as the city erupts into demonstrations and chaos, leading to the horrors of the Tlatelolco Massacre.

The 8th Hola Mexico Film Festival is on at ACMI from 24 to 29 October.