Melbourne’s buildings are hiding all kinds of secrets behind closed doors. For one weekend every year a host of historic venues, architecturally significant homes and private gardens allow us a rare look inside, many of them free of charge. 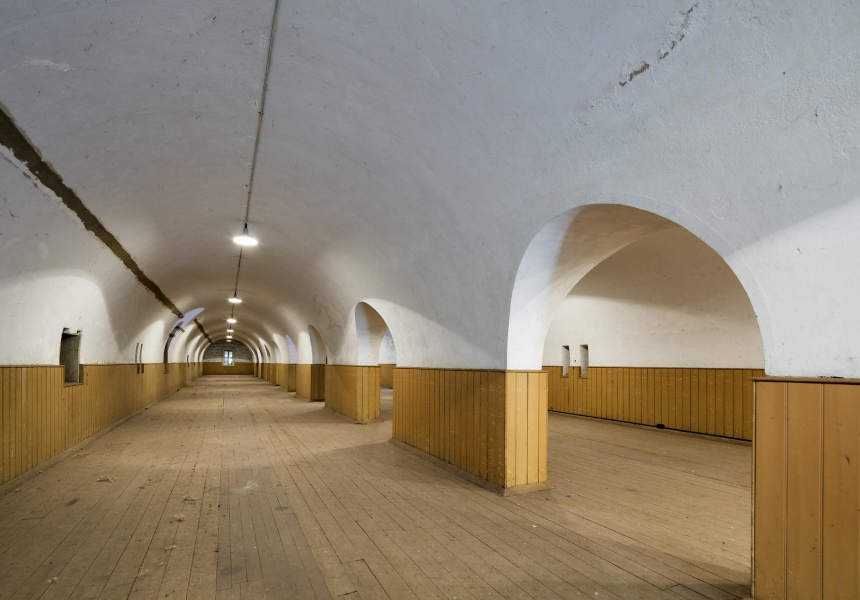 Ever walk past a building and wonder what's inside? This weekend, you’ve got a chance to see for yourself as Open House takes over the city. Some of the city’s most beautiful and historic spaces will throw open their doors, and some buildings you normally wouldn’t take a second look at are hiding the biggest surprises.

Take a step back into Melbourne’s past at the Hawthorn Tram Depot. Opened in 1916 and designed by architect Leonard Flannagan, it’s now a niche museum tracking our transport history. Take a guided tour through the heritage-listed depot and check out the old tram fleet.

Then there’s Limelight Attic Studio, a photography workshop in a Bourke Street loft, originally built in 1888. It was neglected for more than 100 years but has now been restored, and offers a glimpse into the early days of Australian film production.

While the Melbourne General Cemetery (the final resting place for numerous prime ministers, explorers Burke and Wills, and more) is open to the public year-round, the bluestone gothic gate lodge is usually off limits. It was built in 1934 from repurposed materials by architect Albert Purchas. Guided tours will run across the weekend.

If you’re after something a little different, check out Jack’s Magazine, hidden away on the Maribyrnong River. It dates back to 1878, though it has been unused since the ’90s. Originally used to store explosives, the site’s unusual architecture, tunnels and cavernous spaces make for a fascinating few hours of exploration.

Williamstown is a new addition to the Open House map, and both Blunts Boat Builders and Ann Street Morgue are particular highlights. Blunts is a fifth-generation boat workshop that’s been operating for 160 years and was heritage listed in 2000. Many other similar properties have been modernised, but Blunts will transport you back in time. Ann Street Morgue is Victoria’s first morgue, built in 1859 near Gem Pier so that bits and pieces left over from autopsies could be washed out to sea. What you’ll see today, though, is its relocated form on Ann Street, where it was operational until 1921.

The Spotswood Pumping Station is another unusual but unmissable stop. The beautiful old French classical revival building was designed by Christian Kussmaul in 1857, and demonstrates not just a feat of engineering but one of the most essential aspects of city life – sewage treatment. If you have olfactory concerns, don’t worry, it was only operational until the 1960s, though a lot of the old machinery remains. The heritage building was used as a location in the 1979 film Mad Max, and in a music video for Tina Arena.

Curious about the Freemasons? Stop by Ivalda Masonic Centre, a neo-Greek lodge built in 1924, which is open to the public for just one day. Features include black-and-white-tiled flooring, Tasmanian blackwood chairs, decorative windows and a commanding copper dome. There is also The Melbourne Camera Club, a former masonic lodge, then a furniture warehouse before neglect left it dilapidated from around 1920 to 1979, when the camera club took over and restored it to its former glory. Over Open House weekend there’ll be free cyanotype (a photographic printing process) workshops for children.

Werribee Mansion and its grounds are well worth the trek, especially because some usually off limits sites will be open. Built in 1877, the mansion has a storied history. Originally the residence of the Chirnside family, it was converted into a seminary, and then in 1977 was bought by the State Government. The 60-room structure still has some of its original furniture, and the grand staircase and sculpture walk are highlights. It’s also featured in TV show Miss Fisher’s Murder Mysteries and the 2018 film Winchester, starring Helen Mirren.

It isn’t just public buildings and offices that will open – there are also private residences, including Northcote’s light-filled Cascade House, which has been shortlisted for two architecture awards. Built in 2018 and designed by Atelier Red+Black, it offers an opportunity to see where an architect lives. It’s an example of intelligent and innovative design and the clever use of a small amount of space.

Denton Corker Marshall Studio, built in 2016, will also be open to anyone interested in learning about a prominent Australian architectural firm. The contemporary space is designed to get the best creative output from its staff, and reflects the company’s raw, minimalist aesthetic.

The Ian Potter Southbank Centre is another new addition; it houses the eight-storey Melbourne Conservatorium of Music and has an impressive six-metre oculus window, which you can look through to see orchestral rehearsals, chamber music recitals and more.

Walking tours are also available, including one exploring the native flora and sustainability features of the recently completed Parliament House Gardens. Another tour, called Cookie, Toff, Magic: Behind Hospitality Icons is a detailed look at three well-known Melbourne venues, led by Phillip Schemnitz, the architect who created them.

As in previous years, some buildings and tours have limited availability and need to be booked in advance, so check ahead to ensure your spot. The full guide also indicates the accessibility of the different locations.

Open House Melbourne is on July 27 and 28. There is an additional program of events running throughout July. Full program and additional information here.