Hillvale Wants to Develop Your Film

Holga weirdos, Leica aficionados and proud Hasselblad owners – listen up. A new, affordable service will process your film overnight and you can get a beer while you drop off your rolls. 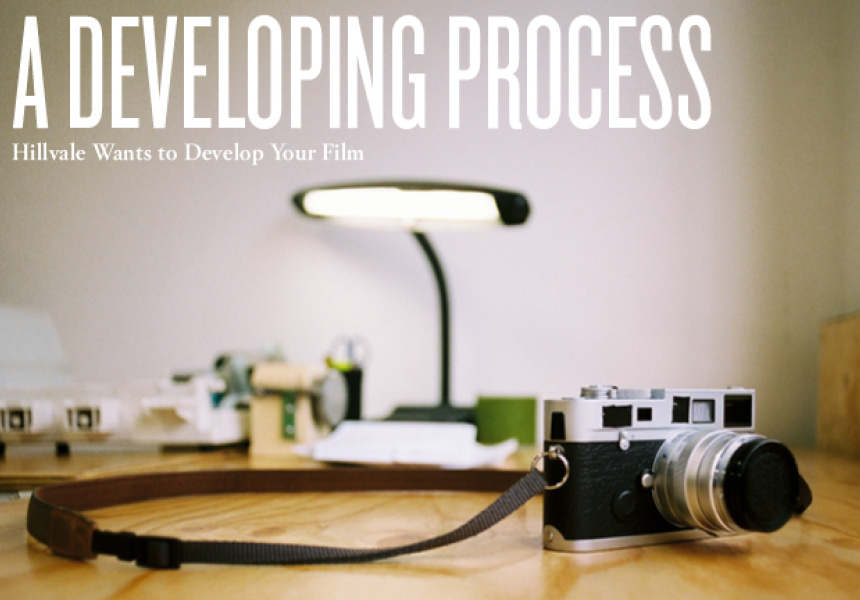 Film will be around forever. So says Andrew Johnson, who, along with his mate Jason Hamilton, has just opened Hillvale, a clever new business developing and scanning film.

While there are still a few great places that develop film around Melbourne, Hillvale does things a little differently.

First, you take your photos (obviously). Next, you jump on your bike and take your roll to a dropbox located either at Hillvale’s Brunswick headquarters or at Thousand £ Bend in town. Then the boys will develop your roll, scan it on their Fuji SP-3000 and email you a download link.

What’s impressive is that Johnson and Hamilton will scan in either low or high-res, in either 35mm or 120 film, and the most you’ll pay is a mere $25. “We manage to keep our prices down by not having a traditional store front and the opening hours associated,” explains Johnson. “We wanted to offer something that had a more approachable feel to it, something that wasn't aimed at commercial photographers.”

The inspiration for Hillvale came from finding a film processor destined for the tip. “Once we had it running we realised it could serve a greater purpose other than just our own needs,” says Johnson. The two learnt their craft via a combination of “late nights, AGFA technical manuals, technicians’ advice and a guy in Cambodia”, which Johnson says is a long story.

“Shooting film can be a more rewarding experience,” says Johnson. “People are generally more mindful of capturing images on film. On top of that each film stock has a personality.”

For more info on how to use Hillvale’s services, check out hillvale.com.au or just pop into any of these dropboxes with a couple of rolls.

The above images by Brook James were shot on film and developed at Hillvale Photo.