High on Life – Dragonslayer at ACMI

US filmmaker Tristan Patterson captures the uncanny beauty of the Californian skate park generation with his first feature documentary, Dragonslayer. 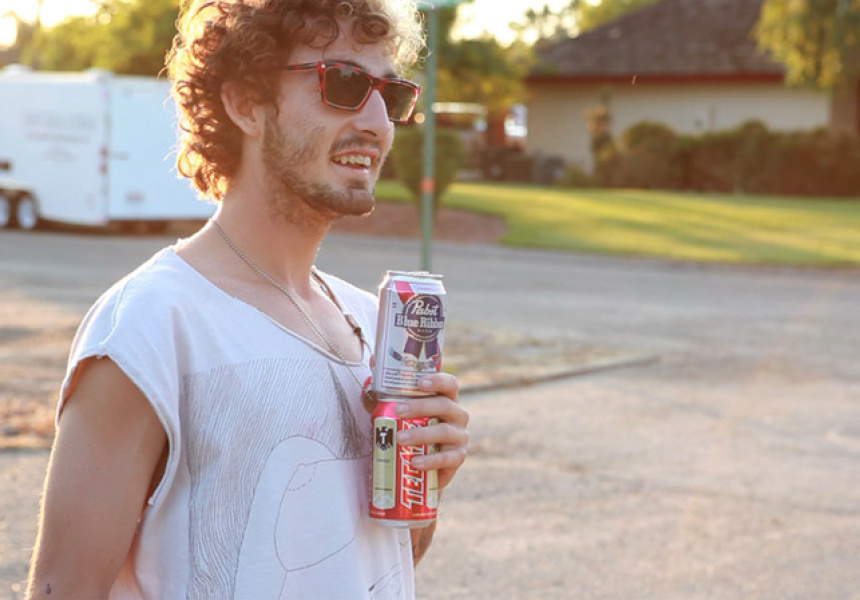 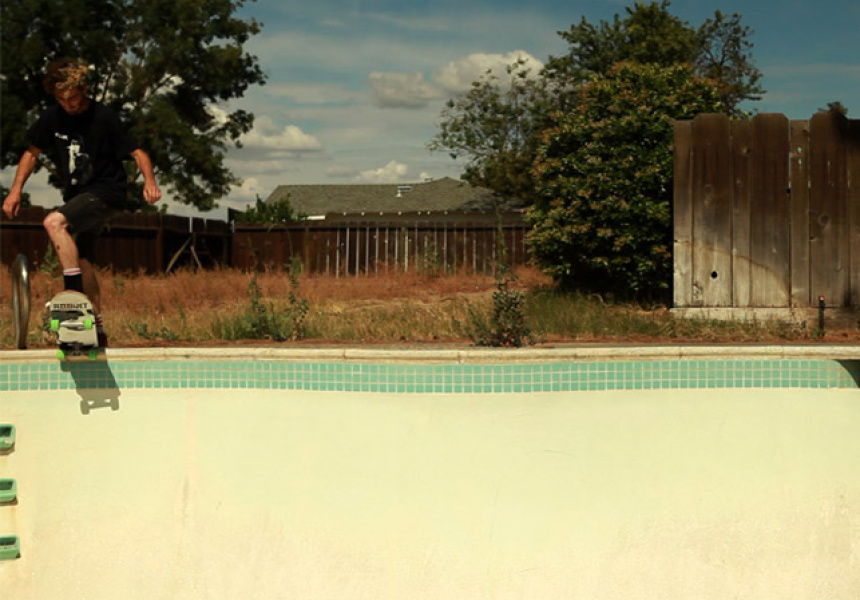 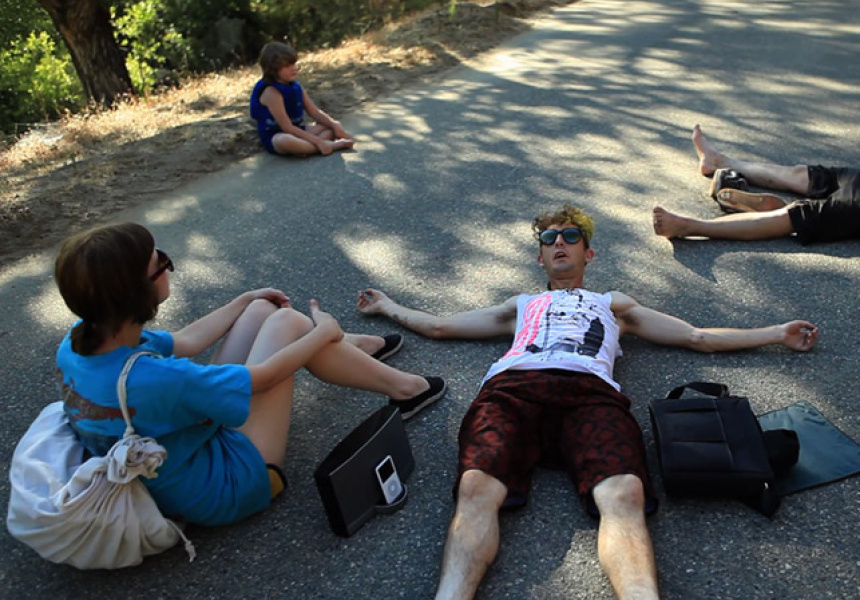 In the opening moments of Tristan Patterson’s poignant film about youth culture and the ‘light at the end’, a large protrusion shoots sideways from the hip bone of Josh ‘Skreech’ Sandoval, the 23-year-old skate dude from Fullerton, California who doubles as the film’s protagonist. While Skreech’s skating sponsors’ disintegrating shoes are behind the injury, the kid is nonetheless hopeful and never once complains or feels defeated.

He’s a young father to a baby named Sid Rocket Sandoval, yet can’t work issues out with Sid’s mother, Angela. He has a medical marijuana license to treat depression, lives day-to-day in other people’s houses or tents in their backyards, and travels to Denmark and Sweden for skate comps.

Meanwhile, back in California, he and business associate Josh ‘Peacock’ Henderson methodically hunt for abandoned swimming pools using Google Earth technology. They do this in search of places to skate in a county that is fast losing its skate parks to the economic downturn.

Skreech drinks to get drunk, smokes and takes acid until his big doe eyes glass over, but in essence he’s a good egg and wants to do right. He’s worked at weed clinics and bowling alleys and regularly pulls a bong before work. As a professional skater, he’s good, but not great.

Skreech has little fear and consequently crashes and burns, but does it all over again. He loves life, his girl Leslie Brown – an introspective sociology student who follows her man on the road – and remarkably, is filled with insight and conviction, despite the fact that he appears permanently stoned throughout Dragonslayer.

“You’re mellow with so much energy," says Leslie in a line that arguably defines much of America's 21st century youth culture. Director Patterson, chatting with Broadsheet in the lead up to the film’s Melbourne debut, agrees: “These are the types of lines I really like in the movie,” he says. “When he [Skreech] first meets Leslie at the skate park and jumps the fence and tells her that her lips are so red – ‘Super-red!’ – I love that!”

Shot in the US summer of 2009 and produced by Christine Vachon (Kids, I Shot Andy Warhol, Happiness, Boys Don’t Cry), Patterson would spend all of 2010 editing Dragonslayer, right up its premiere at the 2011 SXSW Film Festival in March.

It was well worth his time. Patterson won the Grand Jury Prize for Best Documentary and Cinematography. Inspired by his own youth and obsession with punk culture, Patterson hankered to examine how the scene is placed some 25 years on. He randomly connected with Skreech in 2009 at a house party in Chino, California where 80s punk icon Rikk Agnew, from the Adolescents, was playing in the driveway.

Referencing the 1980 Dennis Hopper-directed film Out Of The Blue and its star Linda Manz from Terrence Malick’s Days Of Heaven, Patterson believes he has channelled her spirited depth through Skreech. “There’s some incredible poetry to Skreech, like this dreamlike thing where everything that comes out of his mouth as a classic one-liner and it illuminates everything,” he says.

Dragonslayer is a study of the disenfranchised. It’s about hope and finding meaning or a purpose in life, yet Patterson never once judges anyone, in particularly his lead. “There was a natural, unspoken collaboration between us when filming,” he says.

Josh ‘Skreech’ Sandoval finished 10th in a recent skate comp in Sweden, yet according to Patterson, is still sanguine about the future. “I think this perfectly defines him,” he says. “He can do what he loves and travel the world where most kids never get out of the suburb!”

The First Look season of Dragonslayer screens at ACMI from Thursday October 6 to Sunday October 16. For program information and session times visit acmi.net.au.