Set in an old mechanic workshop, new zine, small press and art book venture Parts & Crafts is an ode to the limited, niche and happily obscure. 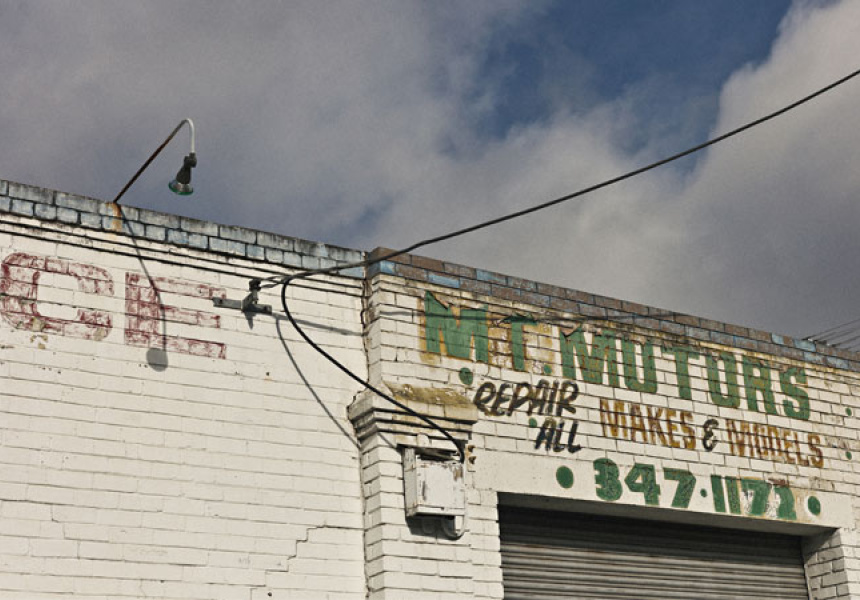 Rob Cordiner is the kind of guy who has a tough time containing his enthusiasm. The man behind Parts & Crafts – a unique new retail space in Carlton stocking a curated range of zines and small press art and design publications – is a ball of laughs, quips and animated conversation. Keep the subject of small-scale publishing on the agenda and you’ve got yourself one hell of a happy camper.

“I’ve always been really drawn to things that are a pretty niche or little hard to crack into,” he urges, grinning madly.

“I like throwing a few curve balls, you know, just in the sense that you have to put in an effort. It kind of makes things more satisfying when you get there, especially with how easy it is to access anything via the internet these days, which has taken away a lot of mystery of these things.”

Nonetheless, Cordiner – a graphic designer by trade – doesn’t lay claim to some kind of grand, convoluted curatorial vision. “They’re all pretty much chosen on an ‘I like them’ meter,” he laughs. I’m a big scourer of the internet and I’m always researching artists and publishers and putting them in my bookmarks. When the idea store started bubbling, I kept just drawing these names out of my head.”

It says a lot about the Parts & Crafts missive. Though handsomely realised, the store’s origins were organic to say the least. Part of a larger creative studio complex founded by the Buffalo Club’s Hugo Atkins, Parts & Crafts – which opens only on Saturdays when the rest of the studio is on break – grew out of both a long term ambition, and cheerful happenstance.

Indeed, Cordiner first had the idea of opening a space in 2006 while still living in Hobart, but shelved the idea travel to London and work for a commercial animation house. It was there that he met Sam Arthur, who was in the process of founding now prolific London small press Nobrow. It was a revelation to say the least.

“I had no idea of the level he was going to take it to,” says Cordiner. “I’d never seen zines and smaller books taken to that level before, outside of Nieves, I guess. Just to see the output and scale and quality of what he was doing was just really inspiring.”

After shifting back to Australia in 2009, he fell in with Atkins and the crew at the decrepit Faraday Street studio. He soon acquired a Risograph printer and launched the Smalltime Books imprint, releasing a small-scale book by New York artist Tim Lahan in October 2010.

“I’d always kind of wanted to publish my own stuff and knew a lot of great people doing some cool work, so you know, why not do that?” he offers.

The store, which Cordiner built and fitted out himself, was something of a natural progression. But that’s not to suggest he doesn’t have some quiet ambitions. With Perth photographer Jack Pam opening a sister store, Tennis Club Bookshop, in Amsterdam in the coming weeks and a range of new stock, publisher exchanges and events planned, Parts & Crafts looks set to transcend its humble beginnings.

“It all feels pretty limitless,” he says, flashing yet another grin. “I just want to fill the store with stuff that I really like and really want to share with people.”