Defying the consumerist mentality, couple Mike and Mari Subritzky maintain an astonishing collection of ready-to-use vintage and antique hand tools from Australia and beyond. Some have five or six owners’ marks on them. “It really brings it home to you that we don’t own anything in this world, we’re just custodians.” 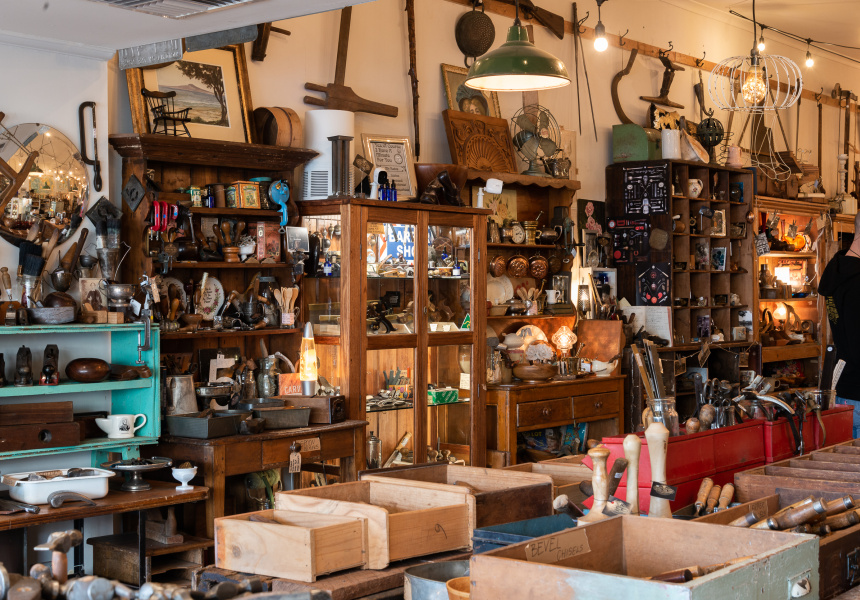 Mike and Mari Subritzky’s Vintage Tool Shop started as a single glass cabinet at the former Lost and Found Market in Brunswick East. Now it’s a cavernous shop filled with all kinds of treasures. The retail section at the front contains tools dating back hundreds of years. A workshop out the back houses Heritage Saws, the only company in Australia that makes saws by hand.

A carpenter by trade, Mike has always liked vintage tools, appreciating their unplugged nature as much as the quality of the workmanship that went into them and the way they endure. “A lot of the tools that were made in times gone by were made to last and there wasn’t the consumerism mentality that has been handed down to us since World War II,” he says. “These old ones will outlast the modern and it is better to refurb them and continue their lifespan, than to buy new ones.”

Mari has always loved vintage design and has been selling items such as brass Swedish jelly moulds, antique French copper glue pots and colourful retro knitting needles online since 2012 and then at a couple of stalls at the market.

When the two met, married, and joined vintage forces, the tools eventually started to take over. Mari has no hard feelings about the tools. In fact, if her Insta photos of antique router planes, adjustable spokeshaves and vintage leather tapes are anything to go by, it would seem she is just as enamoured as Mike. In 2019, a physical shopfront was the logical next choice. “People like coming into the shop and actually picking things up, holding them in their hands and just feeling their weight. You can look at things online, but people also want advice,” Mike says.

“We used to have to go and source the stuff at swap meet markets and so on but now we have a name for it, people come to us. People call and offer us tools, or they come in with them. We don’t have to chase it as much anymore,” he continues. “We’ll go interstate go for the right collection. This time last year we went to Adelaide and bought a collection of 600 hammers and assorted tools.”

They also import tools from America and England and in 2018, a tool collector from Valence in the south-east of France got in touch and the couple went over to visit. Yves had been collecting French tools for 50 to 60 years and wanted to sell the collection as a whole, rather than dividing it up. Among the 3000 tools were gold-wire-making tools, leather-working and clog-making tools such as the grand sabre, or “big knife”.

Some of their oldest tools come from France, such as the carpenter’s plane from 1742 or the wooden adze with a fish spine carved into it, from just after the French Revolution, about 60 years later.

Some of the tools have five or six owners’ marks on them from the days when tradesmen wouldn’t get insurance on their tools unless they were marked. “It really brings it home to you that we don’t own anything in this world, we are just custodians, and we pass it on to the next person, like a baton relay. Tools keep living their own lives,” Mike sats.

Apart from the large and high-ceilinged retail space, the beauty of the High Street space is the workshop out the back where Mike refurbishes old tools. With his buddy Jim Anderson, he also makes new handsaws using American spring steel and unusual timbers such as gidgee, beefwood, belah, cooba and wenge.

“We got disillusioned with handsaws with plastic handles,” Mike says says. “You get blisters and you can’t sharpen them, because the teeth are harder than files and once they lose their sharpness, that’s it. You have to throw them away and buy a new saw. We make Heritage Saws to order, with handles made to suit the hand of their owner. 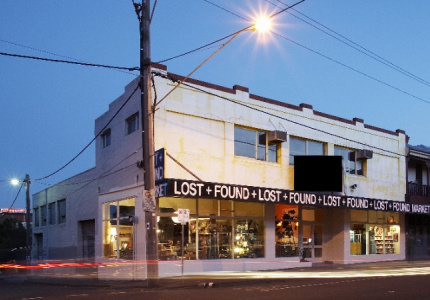