A new exhibition at the Emerging Writers’ Festival introduces you to the surreal, poignant and occasionally brutal world of Australian comics. 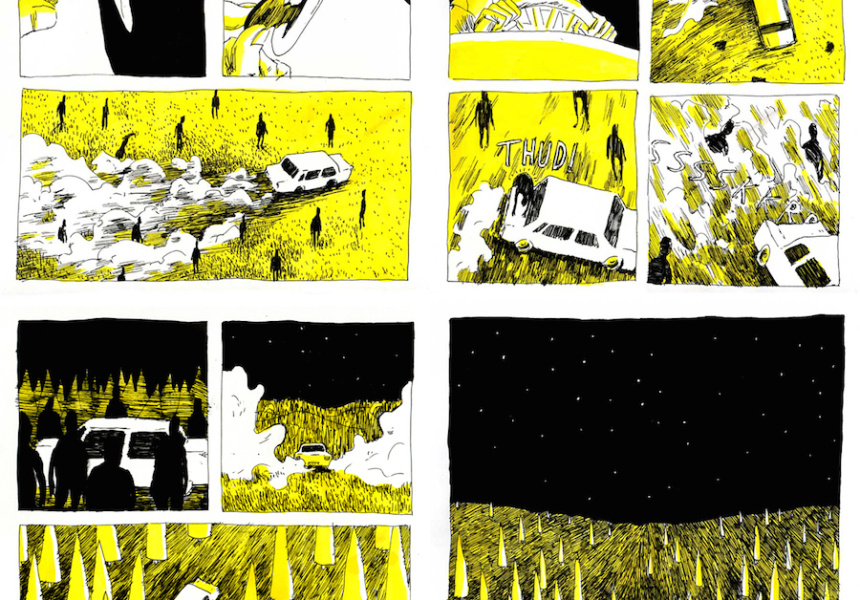 This week the Emerging Writers’ Festival sheds light on the hidden worlds of aspiring writers. And there’s perhaps no medium more hidden than Australia’s underground comics scene, the focus of Graphic Contents, a new exhibition starting a limited run at Thousand Pound Bend.

“There’s a lot of sadness in contemporary comics. A lot of fear and dread,” says artist and exhibition curator, Leigh Rigozzi. “This is just a taste.”

These artists are also becoming increasingly recognised across the world. Last year Melbourne’s Simon Hanselmann released a book, Megahex, with American publisher Fantagraphics Books. The work on display in Graphic Contents is a preview of his next book, Megg’s Coven, which Rigozzi says will be his most autobiographical work yet.

The show isn’t just a display of work, though. “It’s hard in this context to get an overall concept of people’s work, because you’re taking snippets out and putting them on a wall,” says Rigozzi. “That’s why we’re having readings.”

And how do you hold a live reading of a comic book? With a microphone, music, limited sound effects and a projector screening one panel at a time. “It gives it a performative aspect,” says Rigozzi. It also brings to life these often intensely personal bursts of colour and, as is the aim of the Emerging Writers’ Festival, brings them off the page.