Goodbye to a Mural: A Piece of Melbourne’s Past

After an opportunistic tagger painted over it, we discover its original meaning. Images from the mural’s early days courtesy of Megan Evans and Trudy Hayter.

Images from the mural’s early days courtesy of Megan Evans and Trudy Hayter. A recent image of the graffitied mural

For 30 years, a mural sat on Smith Street in North Fizroy, watching the 86 tram go by. Painted in 1986 by Melbourne artists Eve Glenn, Megan Evans, and a team of helpers, From Bonbonniere to Barbed Wire (also known as “the Women’s Mural”) was painted to represent and celebrate the women who lived in the area at the time.

Not as flashy or celebrated as the Keith Haring mural on Johnston Street, the women it depicted alongside faded images of Apple IIe’s and Flying V guitars have been a subconscious reminder of a very different place to the inner north of today.

Last week, like someone who just found out about the death of a relative they never bothered to call, the internet lost its ’nana when it emerged that a Melbourne paint enthusiast had tagged the whole thing.

The mural had deteriorated over the years and this latest writer was not the first to notice the potential canvas outside the Gas and Fuel depot. But the scale of the damage – and the resulting outrage on social media – suggested that perhaps people do care about feminist murals from the 1980s after all.

Rather than shake our fists at the youth of today or enter into yet another debate over street art, we decided to celebrate the history of the mural by talking to the women who made it happen. Megan Evans, a Melbourne artist, created the mural with Eve Glenn. Jane Cottrill, was a member of ’80s punk band Barbie’s Dead and appears in the mural along with her Flying V guitar. Michelle McCann is a feminist who remembers what it was like to grow up in the area at the time, and Trudy Hayter worked on the background.

Broadsheet: How did the mural represent women who were living in Northcote and Fitzroy at that time?

Megan Evans: In the 1980s, Northcote was a very different place: both socio-economically and culturally. We wanted to represent the diversity of people who were living there at the time.

Many of the women depicted in the mural are not living there anymore. It’s become very white and middle class. [In the mural] there were women from the Greek and Lebanese communities; an Arabic woman and child; four Aboriginal women; a Maori woman; and, of course, Fumi, who is the largest figure of all. She was from Nigeria and ran the African record shop on High Street.

It was supposed to be a representative mural. We felt that women were totally objectified in advertising and on billboards – and they still are – and we saw the mural as a chance to represent them as real people. We began trying to decide how to depict the issues of women at the time, but eventually, after meetings and photographing hundreds of women from Northcote, we decided the best thing to do was to paint the actual women that lived in the area.

BS: What was the area like at that time?

Jane Cottrill: Northcote was a sleepy suburb and half of the shops on High Street were empty. There were no lounges, cafes or restaurants in those days. It was mostly made up of share households with a big contingent of women's households and the Aboriginal community mixed in amongst the various Italian, Greek, Turkish families.

Michelle McCann: This was at the time of second-wave feminism. There were lots of artists, lesbians and radicals living in the area [around North Fitzroy]. I became a radical lesbian feminist. I spent my late teens and twenties being political. I became involved in the women’s movement. We were guerilla street fighters challenging all of the objectifications of women. We painted graffiti but not like today. We wrote political slogans and threw eggshells full of paint at billboards that demeaned women. We threw bricks at porn-shop windows. We disrupted ANZAC-Day rallies. We formed vigilante groups and took on men who were assaulting our friends. We said we lived in the ghetto, Fitzroy. This was how we identified.

BS: What significance do you think the mural had?

ME: [When I first heard that it had been destroyed] I wasn’t that bothered by it. Then I had a lot of people contact me, some of whom were depicted in the mural and were upset about it. So for many people it does represent something. While personally I’d be very pleased to see it gone, people in the community see it as an icon. If I felt angry it was because people have grown up with it and see it as part of their history. The mural was never about me, but about the women who lived in that place and time, so while I don’t feel upset from my perspective as an artist, I felt that it was disrespectful to those women symbolically.

Trudy Hayter: There should always be ways of representing the less visible to be visible, so a mural is a fun and colourful way to do that. I spent a bit of time walking the streets of San Francisco looking at all the murals there, representing the communities that are slowly being pushed out.

MM: The mural for me made all women visible. The images weren’t like the ones we rallied against. The mural showed the diversity and the humanity of women, particularly the women from the working-class suburb where I had grown up. It celebrated all of the diversity regardless of culture, sexuality, age.

BS: What would you like to see happen to the mural?

ME: I wouldn’t want to repaint it. Perhaps the council should commission something new. That mural was of its time both artistically and politically. It would be nice if it was replaced with something by a young woman that would keep the spirit of the mural in tact.

JC: I think a new mural would be fabulous. But I would love to see it given over to a similar idea to what Eve Glenn and Megan Evans had in the beginning. Things do change. It's a shame that what's has happened has happened, but I would hope a new project could come out of it. 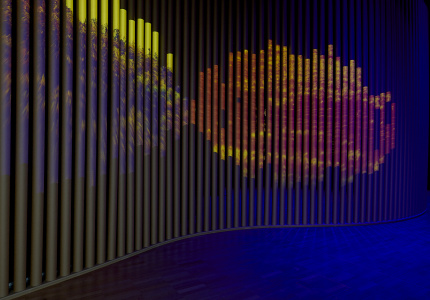 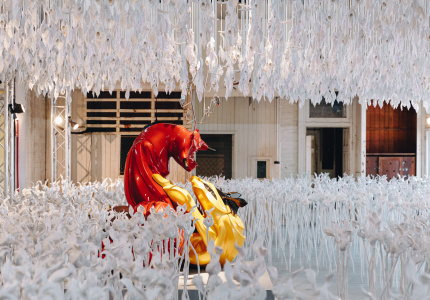