Going Down Swinging with the Digital Revolution

The much-loved journal branches out online with remarkable results. 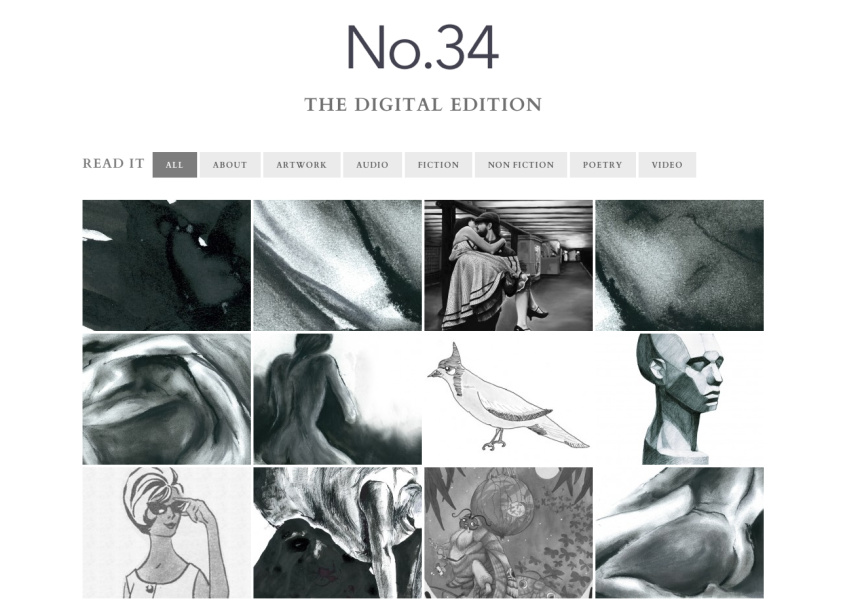 Australian literary journal Going Down Swinging has always had an eye for the individual, from quirky artwork to offbeat humour with incisive, investigative essays and heartfelt poetry filling all the gaps in between. The publication has consistently maintained a sense of balance between old and new, traditional and unestablished, and that commitment has taken a further step with the release of a gorgeously crafted, totally interactive digital issue.

A labour of love, the issue took 10 months to complete and reflects the same commitment to high quality content that helped the journal make its name. Editor Geoff Lemon makes the point that although “you can’t make a physical object, you can make something far more interactive and alive”. He reasons that despite kneejerk reactions implying that digital technology serves as a death knell for traditional print media, “the work just needs to be engaging”.

The work here certainly is, whether it be a short series of humorous and interactive portraits of native birds (titled The Finch Nobody Agrees With At Dinner Parties) by Michael Baylis, or a piece on hip-hop identity in Australia by Kieron Byatt. Another highlight is The Lost Journals of Pedro Piscator, an essay from Lachlan Plain on the highly contested story of a 19th century Australian explorer, which functions more as an immersive multimedia experience than as a collection of phrases and sentences. All of these and more are not only beautifully presented, but would be almost inconceivable in the traditional format that Going Down Swinging will continue to pursue. Lemon assures us that “we love physical books” and “we don’t see digital publishing as a replacement. It’s a new field altogether”.

The issue has over 25 ‘chapters’ littered with sounds, images, videos and interactive multimedia, all of which are a tribute to the journal’s distinctive personality, as well as an ambitious step forward in the world of digital publishing. Lemon explains that digital editor Vanessa Hughes wanted “the submissions to dictate the form”, resulting in a fluid product that moves intuitively between pieces and ideas.

The perks of digital publishing don’t end there. The issue is available for just $12.99, and is fully compatible with desktop web browsers as well as tablets and mobiles.