Paul Hyland from Glasshaus Nursery is busy making our cafes and restaurants a little bit greener on the inside. 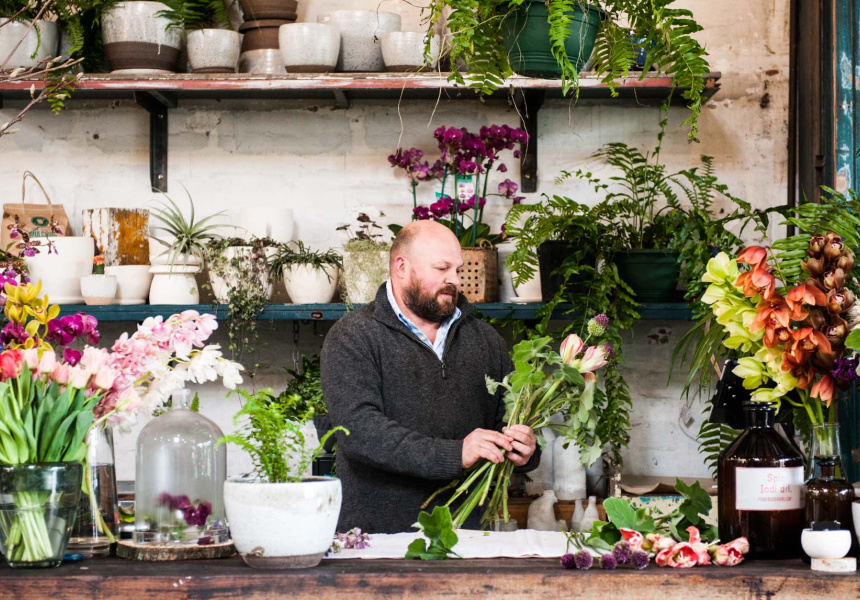 Hyland knows his way around Melbourne’s hospitality industry, having greened out Brunswick Mess Hall, Lumé in South Melbourne, Woody.P in Flinders Lane, Jardan, Like Minded Projects, Pop & Scott’s new showroom and the Swisse marquee at the races every year.

“Plant selection is everything,” says Hyland as he shows me around his converted garage and indoor nursery in Richmond.

If you’ve dined at, or even walked past, The Broadsheet Restaurant, you may have noticed Hyland’s installation that hangs above the bar in the centre of the space.

“The brief was ‘American woodlands’, he says, “a forest feel. But we didn’t want it to feel too green in there, being winter” he says.

The result is a collection of moss-covered branches, that appear to be floating in mid-air.

“I’m very open to people’s ideas, but for me, it’s about understanding what kind of feeling they want to create – and I’ve got the bank of knowledge.”

Hyland started working in a nursery at age 13 and hasn’t really left the plant business since. Hyland is a straight-talking former cut-flower farmer who grew up in Cheltenham before moving to Clyde when he was 21. It was there he started growing roses that he sold to many of Melbourne’s well-known florists (Cecilia Fox, Katie Marks), until overseas imports starting making business too difficult. Then Hyland decided to follow through on his dream of opening an inner-city nursery.

The result today is not one but two plant spaces, the outdoor Glasshaus Nursery, and Glasshaus ‘Inside’, both in Richmond and within 400 metres of each other.

Glasshaus ‘Inside’, which Hyland is showing me today, serves as a plant nursery and event space. Hyland is under the pump, with a 140-person engagement party tonight, but has time to show off some of his favourite features, including the impressive toilet stalls he has built from 30 blue ex-MCC Members Stand doors bought at auction a few years ago.

While the toilets are impressive, of course it’s the plants that make this Cremorne Street garage such a life-filled and unexpectedly perfect venue for a party. But while this space is crammed head-to-toe with plant and flower species, Hyland cites subtlety as one of his most important talents as a designer.

“You see a lot of really, really big, heavily done installations everywhere. I like green, but I think you need to know where to stop.”

Hyland says he’s seen a steady increase in the interest and the amount of money people are willing to spend on plant installations in the past six years. And happily for him, they are becoming more daring.

“Lumé was a lot of fun because we put in strawberry guava, lemon myrtle, kaffir limes … it was an interesting mix of plants, and not just another shiny green leaf!” 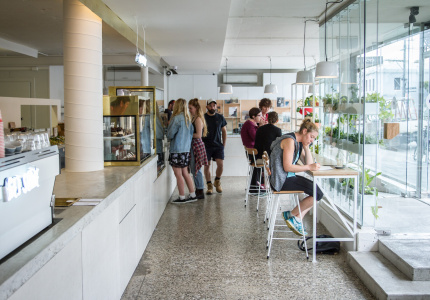 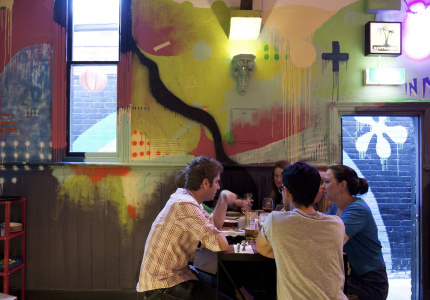